The Very Large Array, one of the world's premier astronomical radio observatories, consists of 27 radio antennas in a Y-shaped configuration on the Plains of San Agustin fifty miles west of . Each antenna is 25 meters (82 feet) in diameter. The data from the antennas is combined electronically to give the resolution of an antenna 36km (22 miles) across, with the sensitivity of a dish 130 meters (422 feet) in diameter. Aileen took this picture as we were driving by. 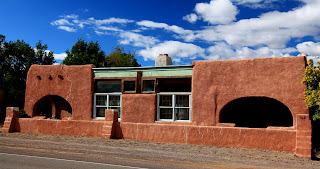 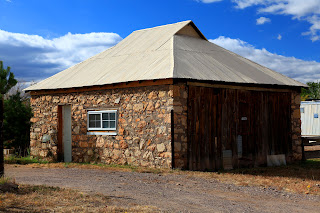 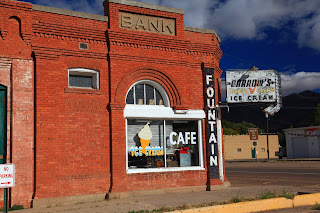 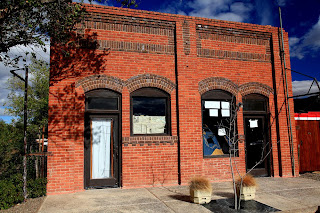 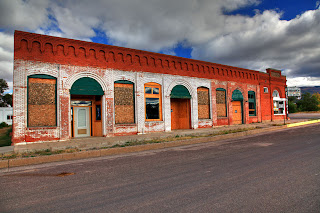 Some of the old buildings in Magdalena 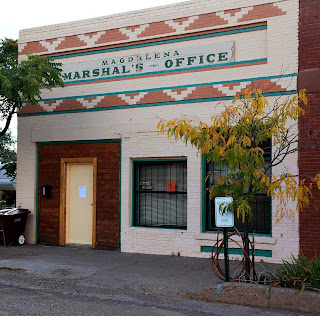 The modern front of the Marshall's Office 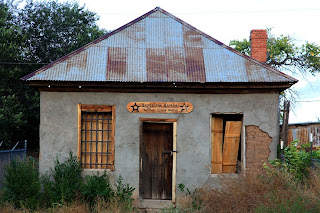 And hidden away at the back, I found this 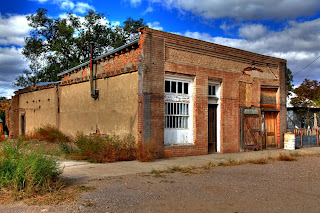 Another old timer on a gravel back street

We were up and going in good time and on the road well before 9. Of course in a couple hours we reached (our first time in the state) and that translated into 10 AM with the time change again. We stopped along the road just before the continental divide for our lunch. Right after lunch we passed through the little hamlet of and there were two cafes selling pies with lots of signage inviting one to partake, and no, we didn’t stop. We did stop early in . There was no one in the Western Motel and RV Park at first so I went for a walk around the old town with my camera while Aileen enjoyed a nap. I found the lady back in her office after a bit and got us a site. $20 fully serviced and even Wi-Fi beamed over from the town library. The lady had been to a Democratic Party rally she said.

After moving the RV over to the RV park and setting up, I took the car for a spin around to see if I’d missed anything on my walk. I seemed to have found the spots of interest in town already. I enjoy stopping in these little dying towns that most people ignore. Usually the people are very friendly, and today was no exception. Most people wave or nod and some stop to chat and start telling about the history or interesting places to see. Later, I took Mitzy for a long walk around before supper. The sun was shining nicely when we first looked out the bedroom window in the morning, but that was just about all the sun we saw all day. We had lots of wind today as well, which was fine when it was behind us but not so much when coming at us or broadside. I seem to recall other bloggers complaining about the wind in . This was a bigger travel day for us at 345 kms (216 miles) but plan on a little less tomorrow.

Posted by John and Aileen on the road at 7:07 PM