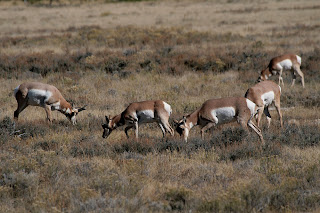 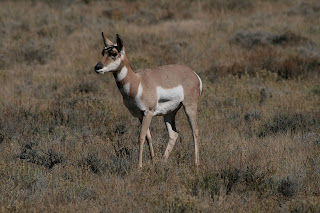 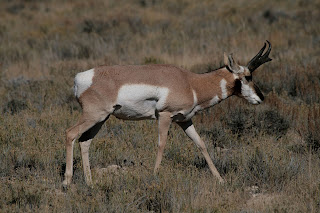 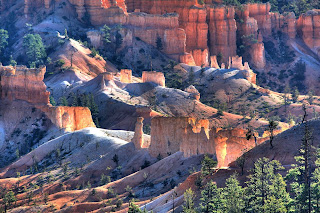 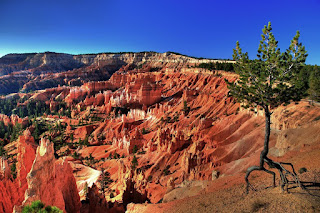 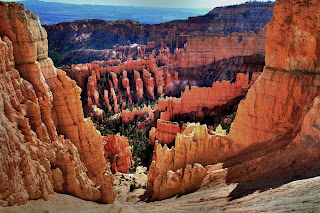 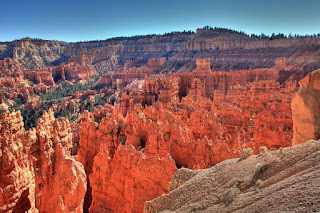 I was awake early but didn’t feel like getting up and going so stayed til nearly 7 local time. We lost an hour yesterday. I gathered my gear including warm clothes and a lunch and headed off to . Well, it took awhile to get there. First off about two miles up the road was a herd of bison grazing beside the road. There was a photographer there already so I thought I would have a go too. That was fine but when another couple came and both jumped out, the bison decided to stampede. Now that was interesting! It was amazing how fast they got across the river. Next obstacle was which was about ten miles from here. I had to stop a few times before clearing the canyon as the scenery was gorgeous. It was sure cold up at Bryce to begin with. I had to put my winter jacket, hat and gloves on and it was still cool. Later in the day though, I was down to my t-shirt at 9,100 feet elevation. I walked some of the rim trail sections but the hills were tough at the high elevation. There was lots of puffing going on with everyone else, too.

I shot quite a few images today so tonight I just looked at a few and processed them for the blog. The rest will have to wait for downtime in , if I happen to get some. Aileen stayed at the motor home today for some extra rest, although she seems to have accomplished quite a bit of housework.

Posted by John and Aileen on the road at 8:52 PM