THE GRAND CANYON AND ANGEL CANYON 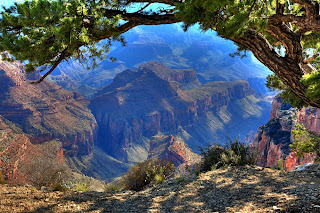 On the North Rim of the Grand Canyon 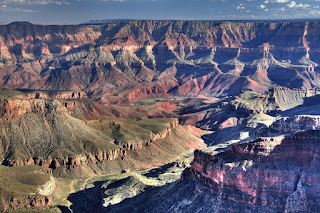 North Rim looking across to Desert View on the South Rim, the Colorado river is shown in two spots 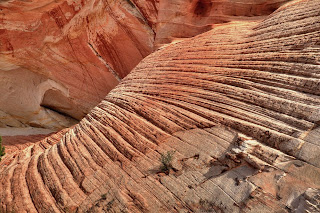 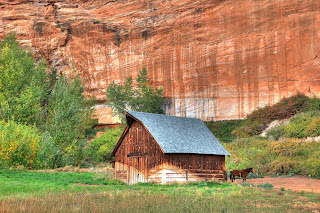 One of the barns in Angel Canyon 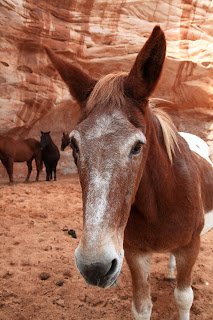 Some of the livestock along the road. Don't they have a cozy spot? 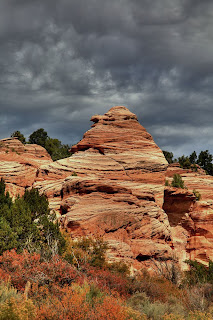 One of many interesting rock formations 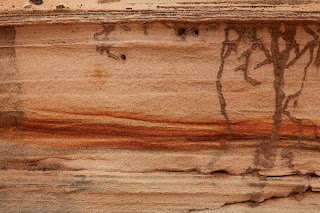 The different layers of sandstone 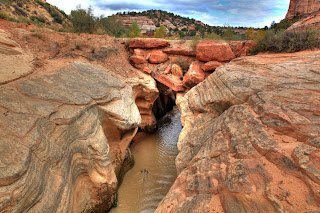 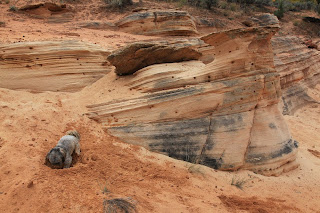 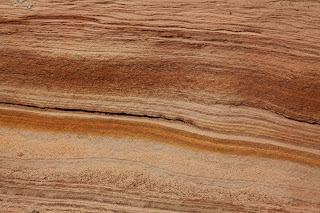 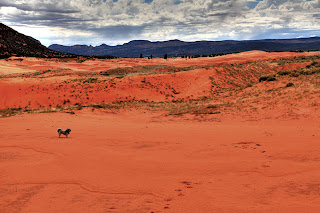 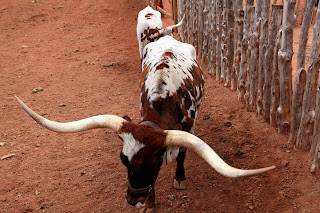 We awoke to a foggy morning Tuesday and two of our neighbours had departed quietly. Aileen couldn’t believe she didn’t hear the Dodge diesel that was closest, leave. It was nearly ten when we got on the road. I had to tighten up a couple bolts on the tow bar hitch as I noticed them loose. It stayed foggy for 15-20 miles then all of a sudden was sunny. There were patches of snow along the road in one spot also, from the storm a couple days ago. We drove to and are staying at RV Corral for a couple nights.

After setting up and having lunch, it was decided to go to the Grand Canyon North Rim in the afternoon as the weather was forecast to deteriorate. We had a gorgeous sunny afternoon but it was a long drive, over 100 miles each way. Aileen drove us there then I did the rest. There were not very many people where we went so very peaceful and low key. There was hardly any traffic to speak of as well. There was some smoke degrading the view to the west but straight across from us was clear enough for decent photos.

We managed to make it home just before dark then Aileen put some supper together while I took Mitzy for her after supper stroll. Aileen staggered off to bed shortly after she finished her cleanup. I read my computer stuff then processed a couple of the day’s images.

I took Mitzy for a big walk around town this morning but she kept getting thorns in her feet from some of the nasty weeds that are everywhere here. She is good, in that she stops as soon as she feels pain and stands there holding her foot up for me to fix.

Sometime after a late breakfast we decided to get moving. Two and a half hours later we had covered about 20 kms! We thought to take a peek at Best Friends Animal Sanctuary which our daughter has spoken of. It is just up the road from Kanab. Well the amazing thing was the incredible scenery before and beyond it in . All sorts of different striations in the sandstone and some great colour patterns as well. We had our lunch alongside a little slot canyon which had very muddy water running through it. You could see where the water level had been several feet higher a couple days ago when they had a major flood go through Kanab.

From , we headed out to Coral Pink Sand Dunes State Park. It was a bit of a bust as the lighting wasn’t great and only a little portion isn’t overrun by ATV’s and their tracks. The colour was quite orange to my eye; I couldn’t see a hint of pink anywhere. After talking with the park ranger, it didn’t seem to be worth going into the main part of the park as he said they pretty much just catered to the off road crowd.

We continued on past and eventually came out on #389 which we followed back to Fredonia then Kanab. Along the way we stopped in at which is primarily set up to showcase early Mormon settlement of the area after centuries of Paiute and Navajo Indian occupation. It is 40 acres of Federal land surrounded by the Paiute Reservation. We made it home in time for Aileen to have a nap. I walked over to the local grocery store for a few items. Tomorrow we are moving on taking #89A past the Vermillion Cliffs. I had wanted to go to Page to to tour the slot canyons of photographic fame, but with the roving thunderstorms we’re having, I’m not sure if the canyons will be accessible. People have died in them during flash floods. We’ll just have to see where we end up.