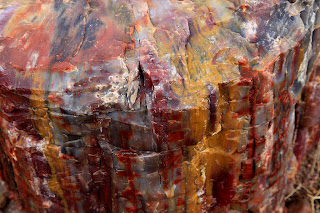 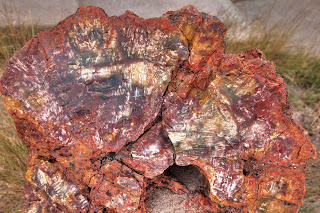 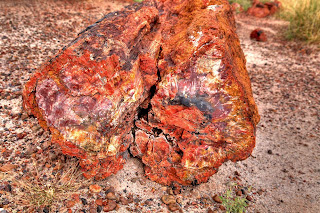 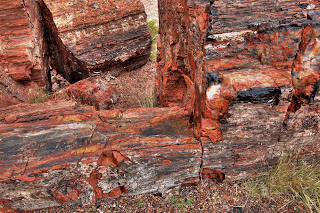 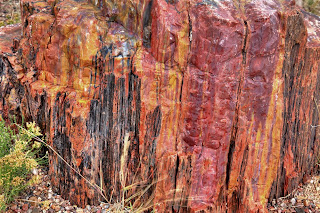 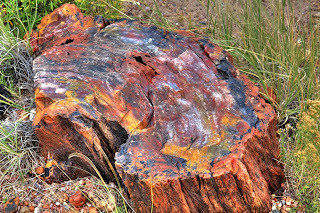 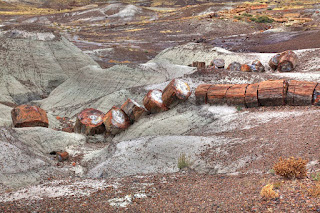 This is for my brother in law John F in Port McNeill, notice how they are all cut to length waiting to be tossed in the back of the truck? The only problem is this stuff weighs 200 pounds per cubic foot! 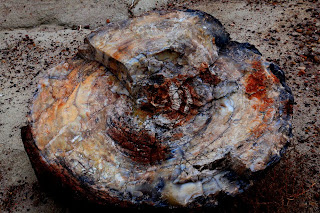 You can still see the grain pattern in some pieces and even the bark. The bark is solid rock too 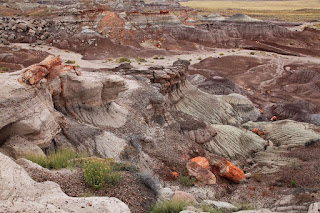 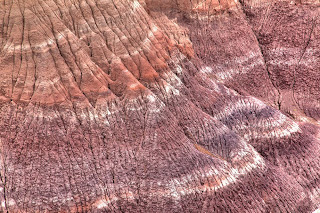 Part of the Painted Desert 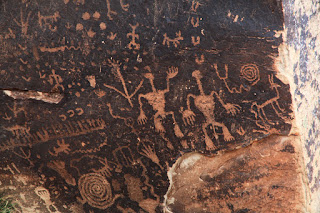 Early native art. Notice the male and female figures. I see they exaggerated even back then! 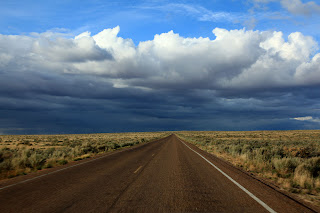 We had a few minutes of sun. I grabbed this shot as we were driving in the park 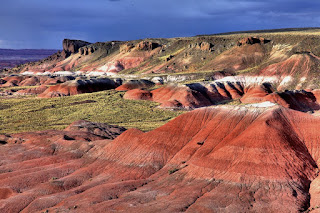 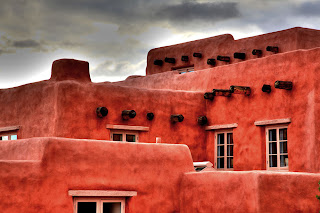 I love this old southern style architecture. This was an old closed down inn

We were awake in good time this morning. Since we have gained an hour by coming to , we were on the road before 9 am. We only moved the house 135 kms (85 or so miles) choosing OK RV Park in After an early lunch, we headed over to check out the . The weather was not great with wind and some rain and nearly all cloudy. However, as usual, there was a benefit to that weather in that the petrified wood came out more saturated with the lower contrast.

We were over 5 hours wandering in the park. I was surprised to find more than just petrified wood. There were old building foundations from the 900-1300 AD era, petroglyphs and the Painted Desert also. There were several trails I could have taken, had I had the time and initiative.

Back home we had a late supper then Aileen did laundry. She had the whole laundry to herself and it was a very good one, clean and modern. Later, we both had free showers in the excellent shower house. The sites here are huge. I’m sure we could fit four of our motor homes lengthways in this site. I spent most of my evening with my images. Our plan tomorrow is to begin a loop over into which will take us the rest of the month likely.