Monday morning it was 2.4C when Aileen got up and 45F inside the motor home.  Brr!  We had a mostly quiet day.  The big excitement was going to the dump station a few miles up the road.  We were 14th in line at 2:20 pm and it took an hour and a half to get dumped and take on fresh water.  The secret is to take a book to read and just keep moving ahead with the line.
We had an appointment Tuesday morning to get the motor home plumbed for hooking up a ceramic propane heater in the living area.  We arrived plenty early but the staff, who claimed to have installed a large number of these, couldn’t seem to figure out and agree on a plan.  After three of them stood around scratching their heads without any consensus, I finally told them to forget it.  Aileen had arrived at that decision earlier and left to sit in the car rather than watch the idiots.  This was a business that has been active in Quartzsite for many years.   All they had to do was drill through from the motor home floor then through the bottom of the storage cupboard below and then tap into the propane line.  I imagine I could do the same myself, but I wanted a licensed tech to do it for liability purposes.
We really enjoyed our stay last night in the desert near Bouse.  It was so quiet and peaceful.  We certainly didn’t miss Old Yeller and the other noisy generator on the other side of us.  The nearest RV was probably half a mile away and we didn’t hear any generators.  We had a nice sunset last night and a gorgeous sunrise today and the stars were so clear and bright during the night.  We had a fire and roasted wieners for lunch after we got set up yesterday.  After an early supper last night, I walked across to the nearest little mountain and clambered up.  There was a great view of the whole area from there.  When I got back to the bottom, there was an old pickup parked there and I got chatting with the lady sitting in it.  Her husband was out checking claim markers as the whole area is part of their gold claim.  I chatted with him when he returned and he warned me about snakes after the first week of March.  They gave me a ride back to the highway.
We headed homeward midmorning today.  Aileen drove all the way to I-10 where we stopped for lunch then I drove the rest of the way.  We took on some gas in Gila Bend and stopped in Coolidge for drinking water.  We are going to continue living in the motor home rather than move back into the park model for a couple weeks.  We are going to have to see about getting Aileen another computer as hers has bit the dust.  For the last while, she hasn’t been able to get online if she’s plugged in to power.  Now her battery has given out and won’t hold a charge long enough to do anything.  It hasn’t been that long since we replaced the battery and I think it would just be a waste to put another one in given the other things wrong with the old computer. 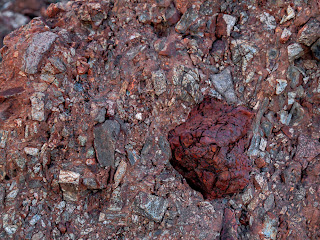 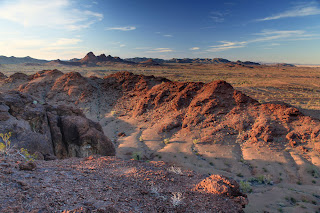 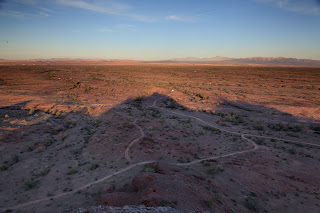 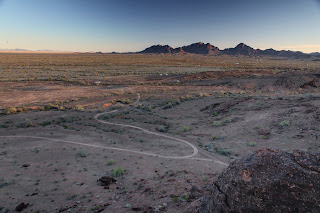 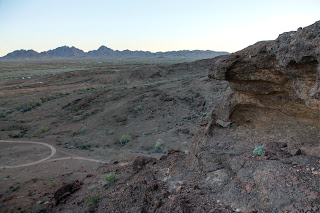 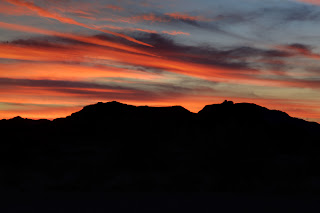 Posted by John and Aileen on the road at 6:52 PM