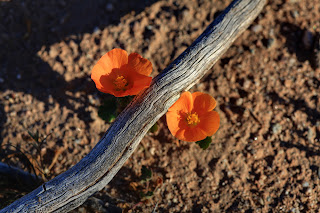 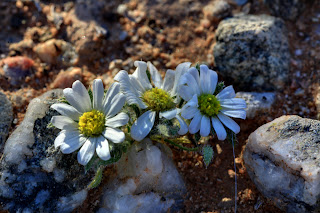 Most, like these little daisies are nearly stemless and hug the ground 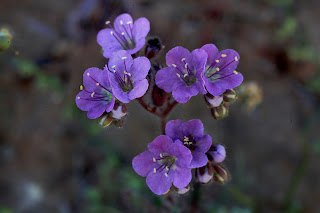 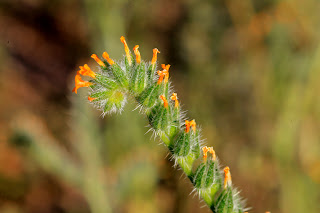 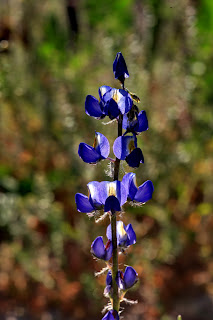 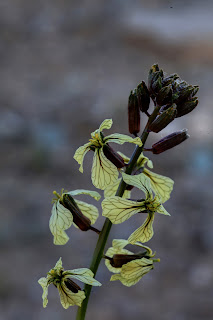 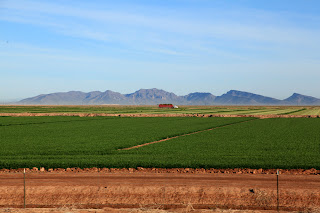 West of Gila Bend were some fine alfalfa fields which were being harvested, note the large truck with silage aboard 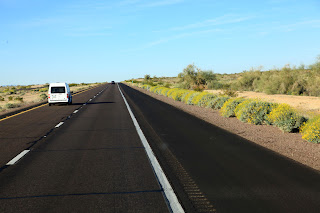 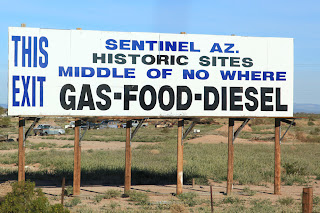 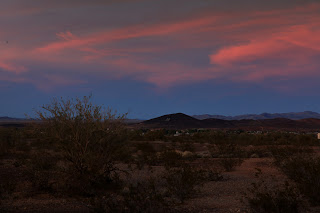 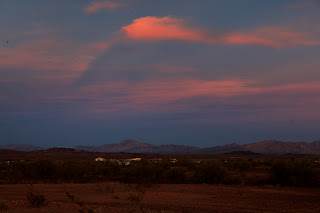 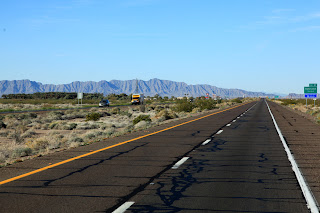 We got an early start Wednesday morning and were actually on the road by 8:20.  Aileen drove the first leg to Dateland where we stopped and bought some dates and had the really tasty date shakes.  We arrived in Yuma ahead of schedule so we found a place to park the motor home with the car still hooked on, then we walked up to Parrish’s Bar and Grill where we met our Salmon Arm friends Ray and Edna for lunch.  We had a great visit then they gave us a ride back to the motor home.
After departing Yuma, we headed up 95 then took Plamosa Rd almost to Bouse where we found an empty spot to spend the night.  Our nearest neighbour is about half a mile away.  The highway is quite close but later at night there is next to no traffic.  We sat outside and watched the semi sunset.  We mostly stayed put today.  Aileen enjoyed some real down time for a change.  I went for a long bike ride into and around most of Bouse.  Furthest I’ve ridden in years so my butt is complaining tonight.  We did go for a walk around the area this morning before it got too warm, well it didn’t get too warm for me.  I sat out in the sun and read after lunch.  I guess we will move on along the route north tomorrow although it would be nice to tarry longer.  If we did then we’d have to put in longer days later to get to the border in time.