Before my brother Charlie and his wife Sheila left to go visit #2 son in Alberta, Sheila organized a garden party for herself and four of her cousins.  Only thing is, the party was scheduled for halfway through their Alberta trip so the hosts weren’t even here.  What with the cousins, two of Sheila’s brothers and a niece, two of Sheila’s sons and friends and us there were twenty one for supper.  I emptied their freezer of steaks from last year’s beef and grilled them while there were lots of potluck dishes brought by the guests.  It was a great feast and there was a lot of animated socializing.  Everyone declared the party a huge success, even if a little different.
Yesterday Aileen and I went to Nanaimo to join the celiac group for lunch at a Greek restaurant.  The restaurant staff went out of their way to ensure everyone requiring gluten free were served accordingly.  It took quite a bit longer to get served as the staff made everything from scratch so they were able to totally control the contents and avoid cross contamination.  They even discovered the killer chocolate cake they regularly serve was gluten free when they checked the recipe.
I bought a spare battery for my Canon SX50 while we were in Nanaimo as it is much harder on battery use than my full frame cameras.  I imagine it is partly because of all the extra in-camera processing as well as the pixel peeping I tend to do making sure I got the image I was after 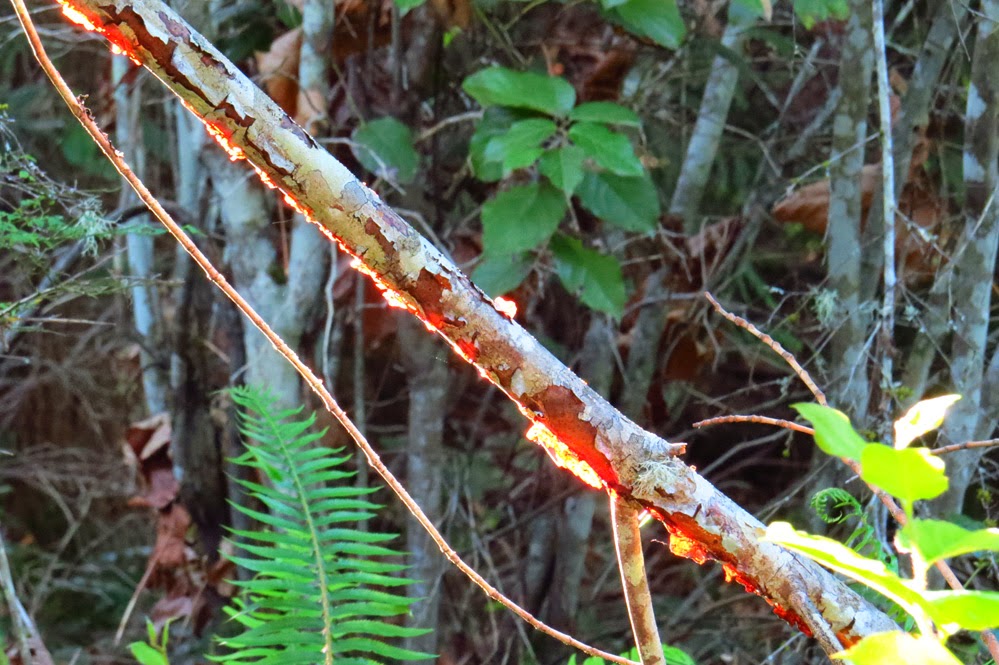 While on our morning walk yesterday, I saw this scene.  Do you see the little bit of bark hanging down with the sun shining through it? 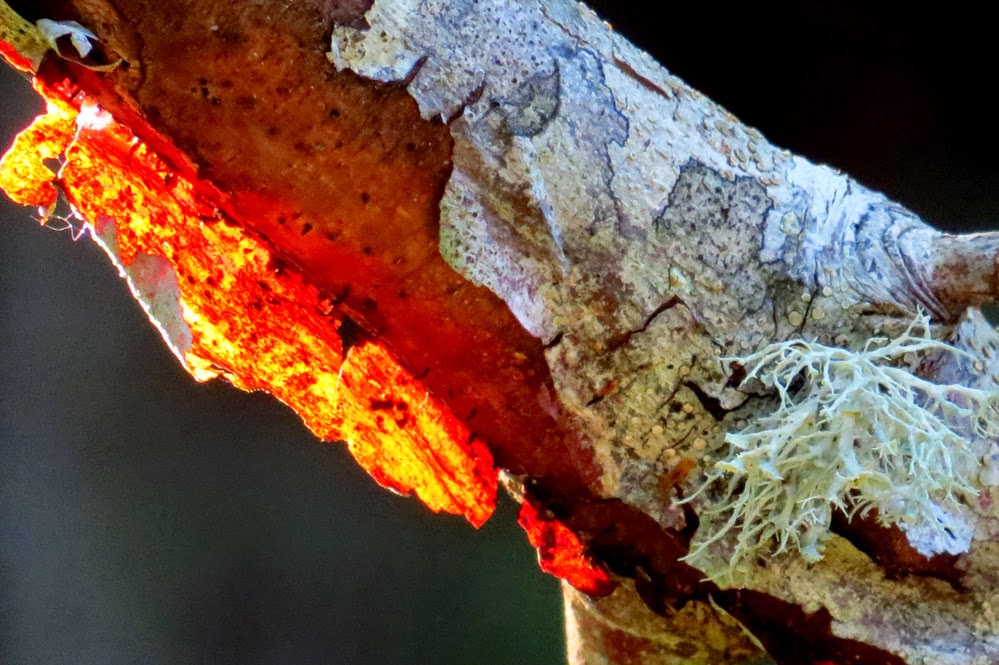 This is what it looks like when isolated and slightly darkened!  Handheld with SX50. 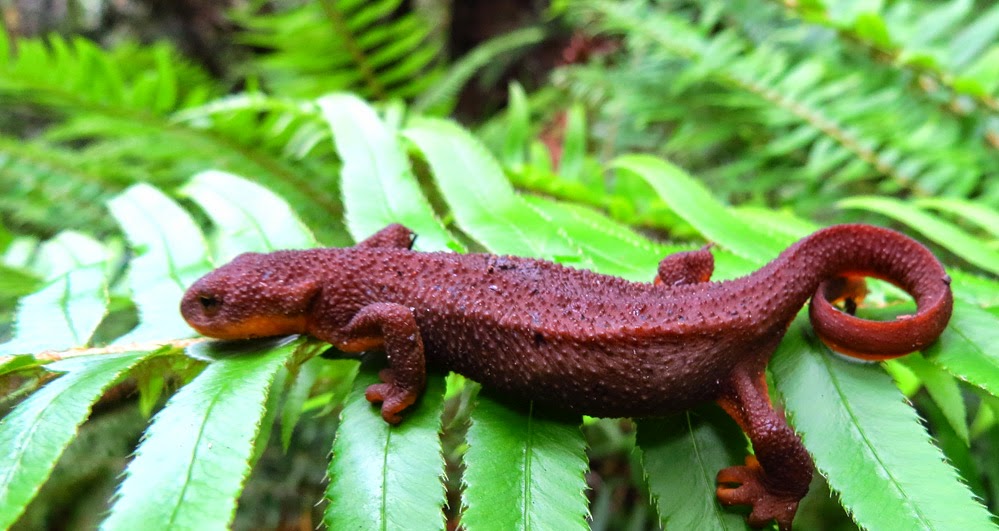 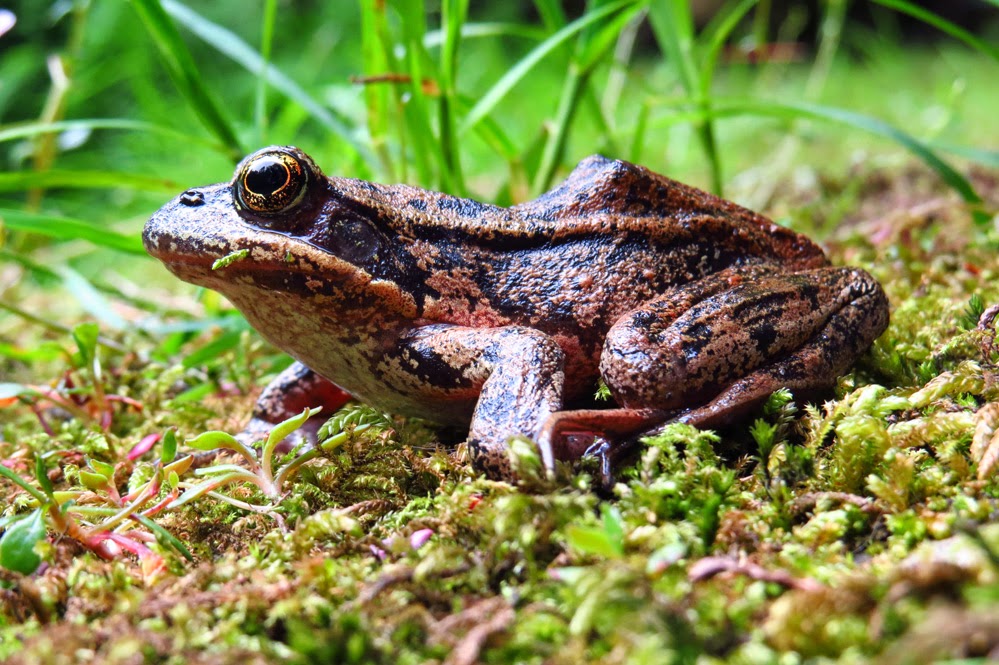 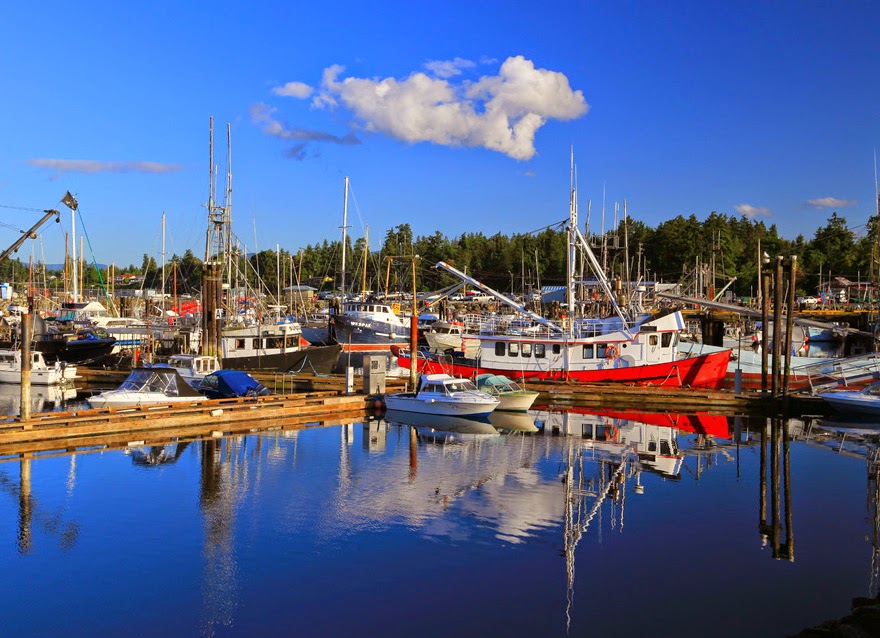 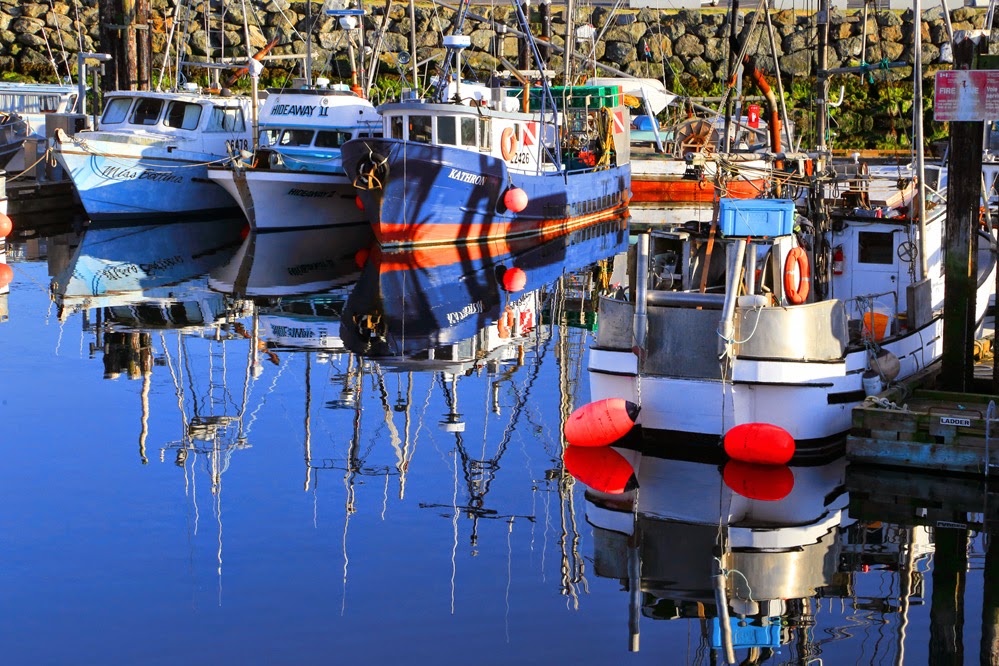 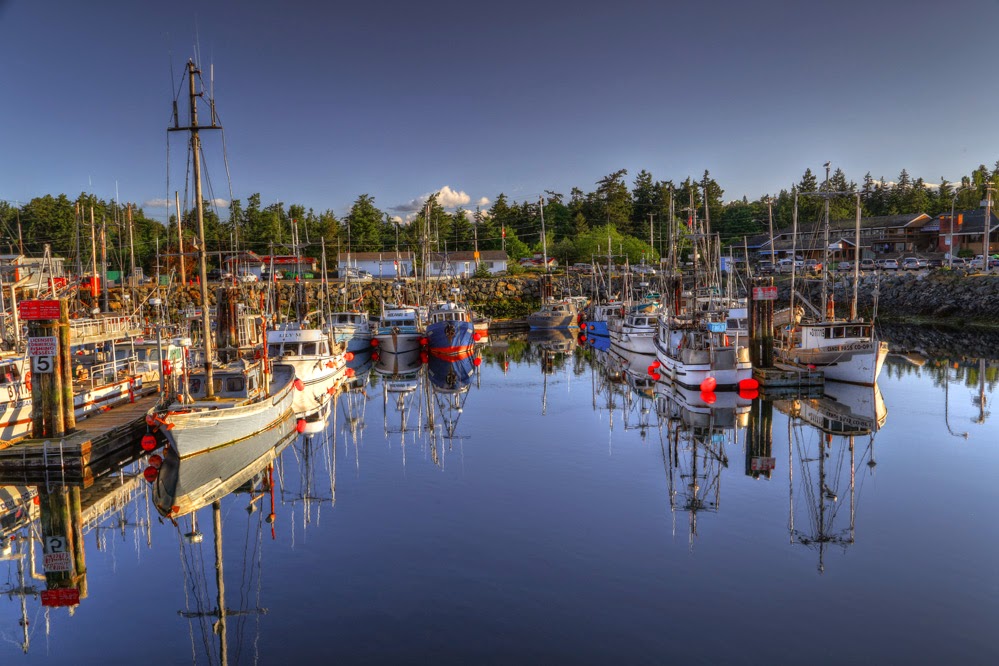 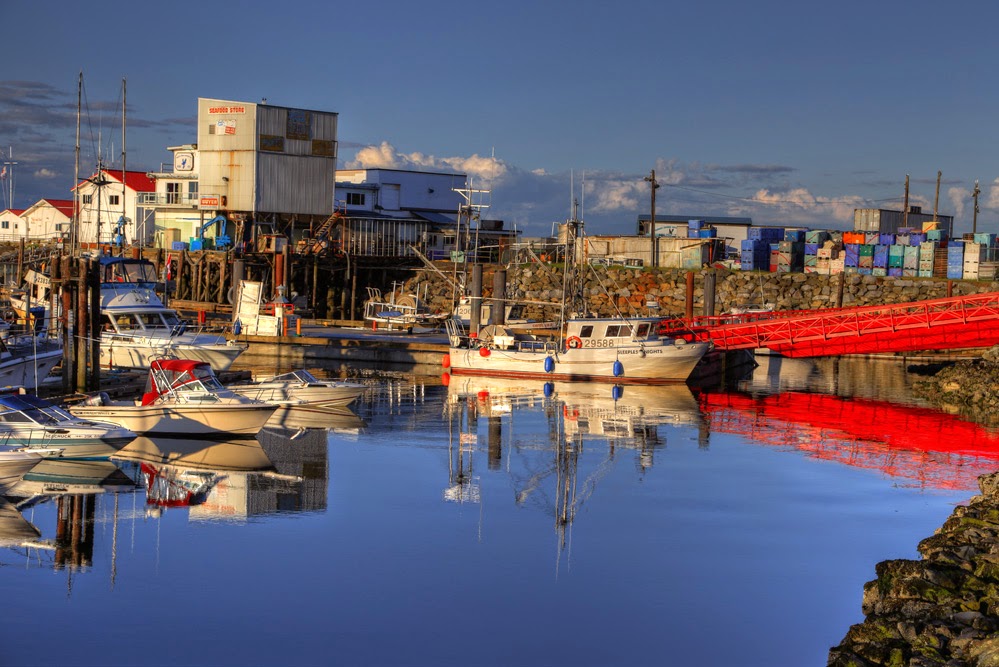 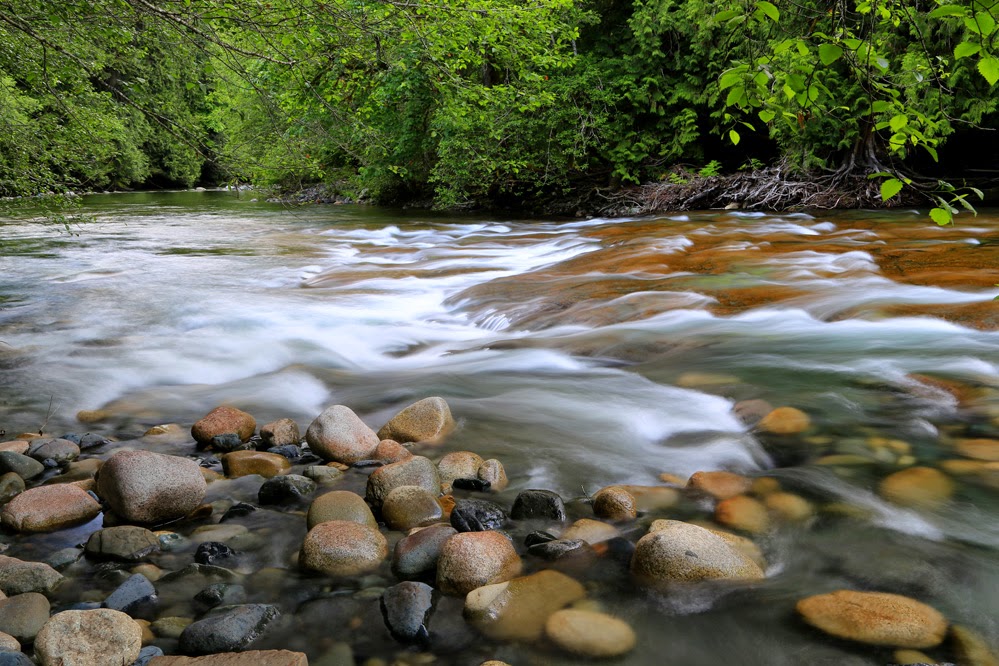 This was taken one evening along Englishman River 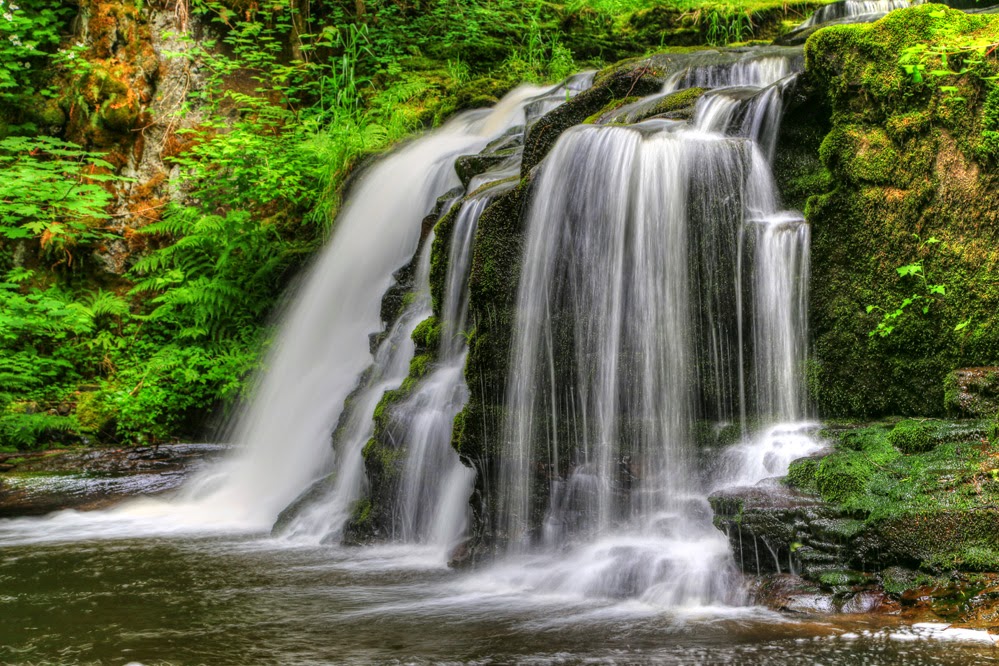 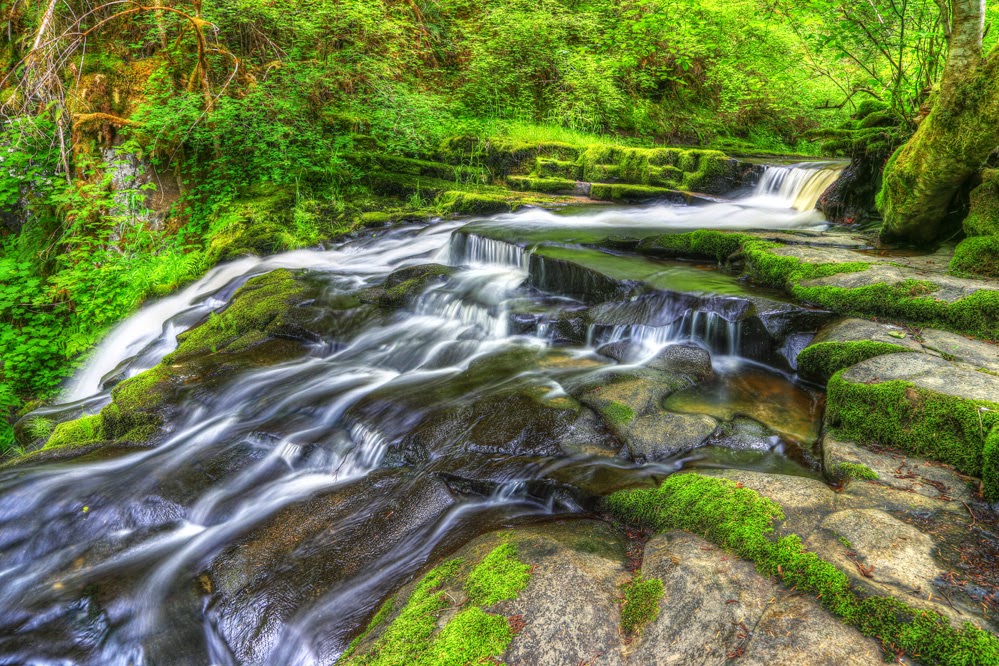 The weather conditions were ideal for this type of photography with a heavy overcast sky so there was very little contrast making for an uneven exposure.  During rainfall can also give you magical lighting when you have such green foliage and dark rocks and wet moss. 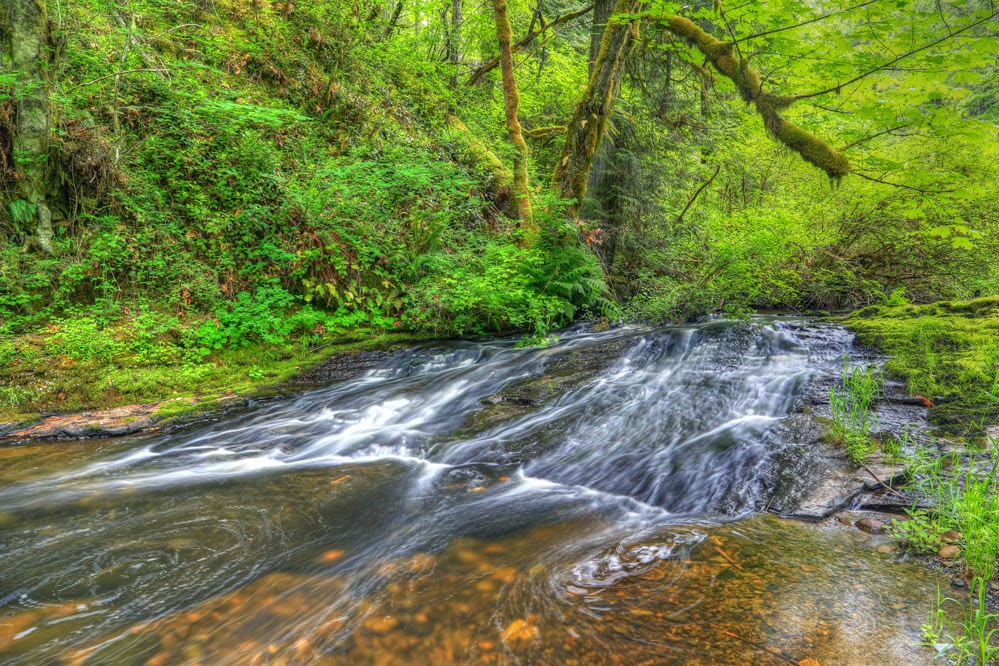 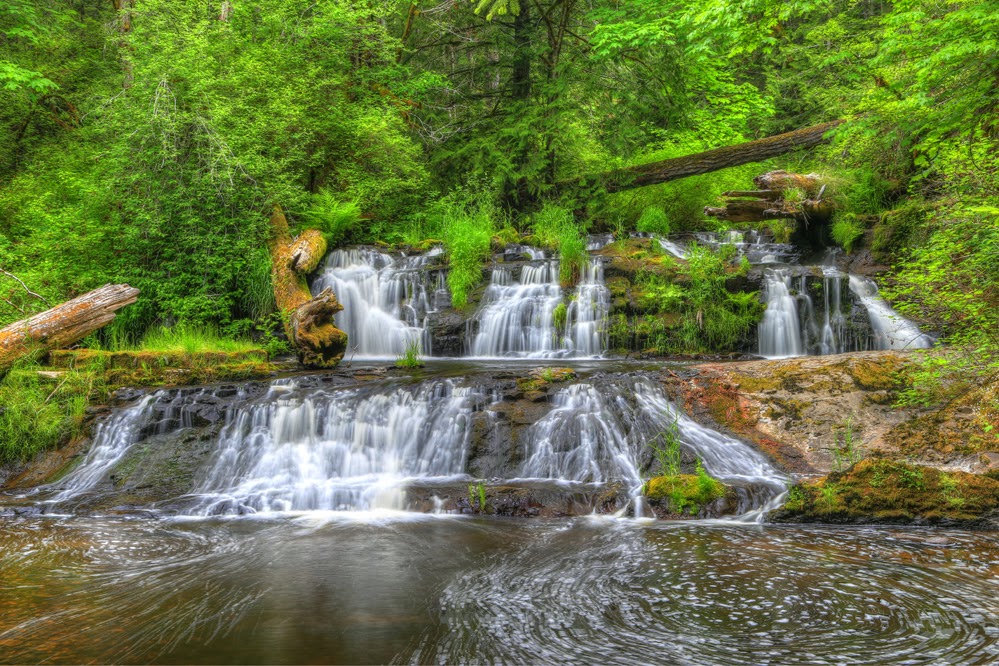 This is Triple Falls 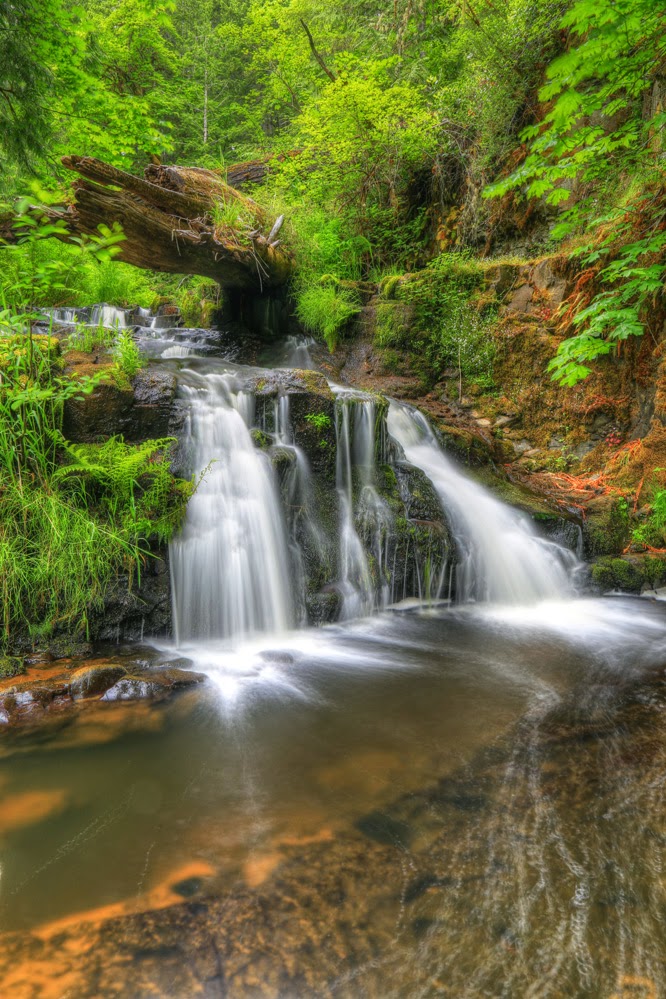 A common answer among photographers when asked when they would take a vertical shot - right after the horizontal! 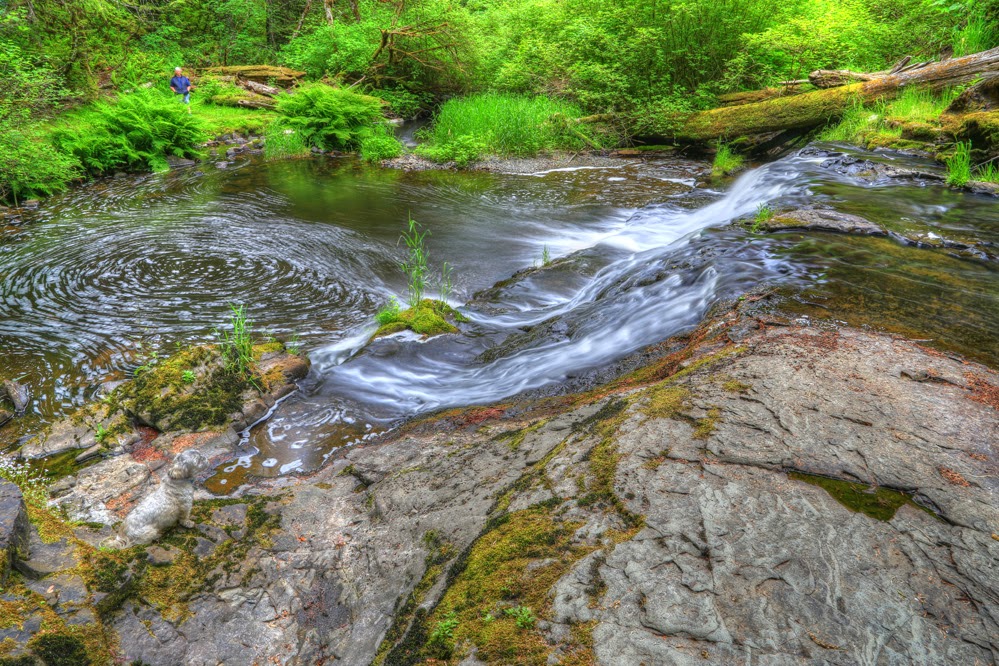 And this one shows the patient ladies in my life.  Aileen is in the far left while Mitzy is harder to spot.  She is in the bottom left.  Mitzy is usually very good at finding a comfortable spot to sit when she sees me set up my tripod.  Aileen has already spotted the toad and keeping an eye on it until I return to her.

Posted by John and Aileen on the road at 2:23 PM