BLAZING HOT ONE DAY AND COOL AND DRIZZLY THE NEXT

Midmorning yesterday, I downloaded a geocaching pocket query for the Penticton area then took my GPS and cameras for a ride.  Picked up ten caches and saw a deer and three bighorn sheep.  I did some serious hill climbing for some geocaches at 28C so quit early.  I had a shower and complete change of clothing when I returned home.
Aileen did lots of cooking for supper and went with friend Bev to a dog beach along Skaha Lake.  Supper was excellent!  Aileen did a few chicken breasts cut small along with a bunch of boneless thighs, sweet potato salad, carrots and green salad.   A delicious gluten free Key West Lime Pie topped us off for dessert.  We packed it all into the house and Bev and her mother, Pearl, joined Karen and George and us.
We got drizzled on a bit on our walk this morning then it rained harder a few times during the morning.  George mentioned that Karen was going to ask if I could take photos of her orchids and since the weather was conducive to working inside, I got right on it.  Making a suitable background was the biggest challenge.  We used a green fitted bed sheet draped over a couple of dining table chairs then threw it into underexposure so it gave us a black background.
After lunch, I took my cameras and GPS for a ride.  I saw two Mountain Goats but they were too far away for a decent photo.  They looked very nice through the binoculars shining white against the blue sky.  A few minutes later I came across the bear.  In order to not disturb him too much, I parked in the middle of the road, put my four way flashers on and stood up through the sunroof.
Aileen is off to a play tonight with the ladies.  Called Boeing, Boeing it sounds like it might be interesting.  Something along the lines of some guy who has multiple airline stewardess girlfriends and they happen to all be in town the same time and all show up at his apartment.  Sounds a little messy to me. 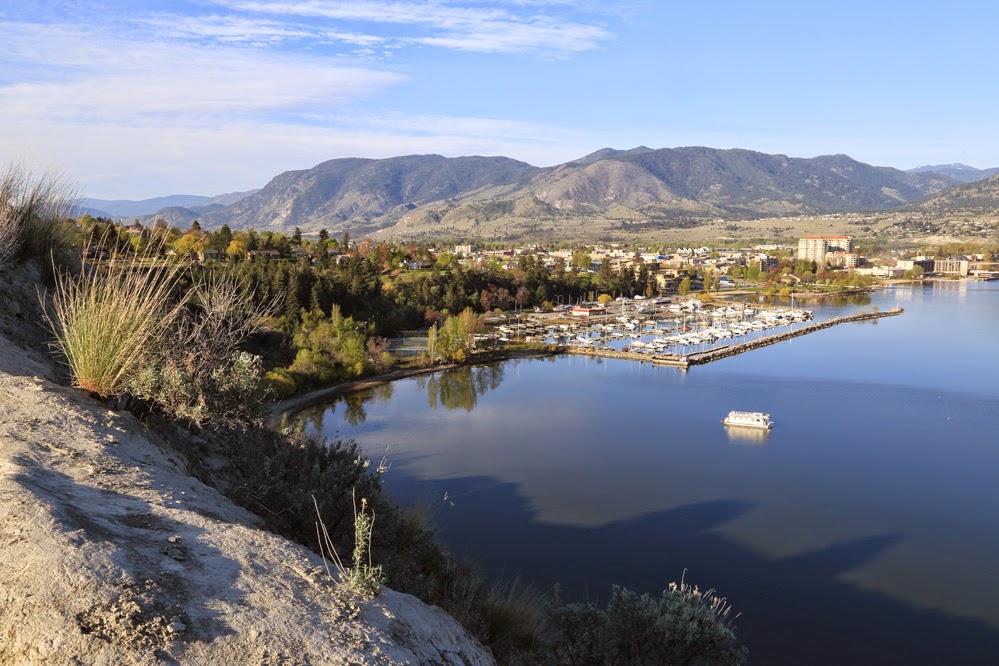 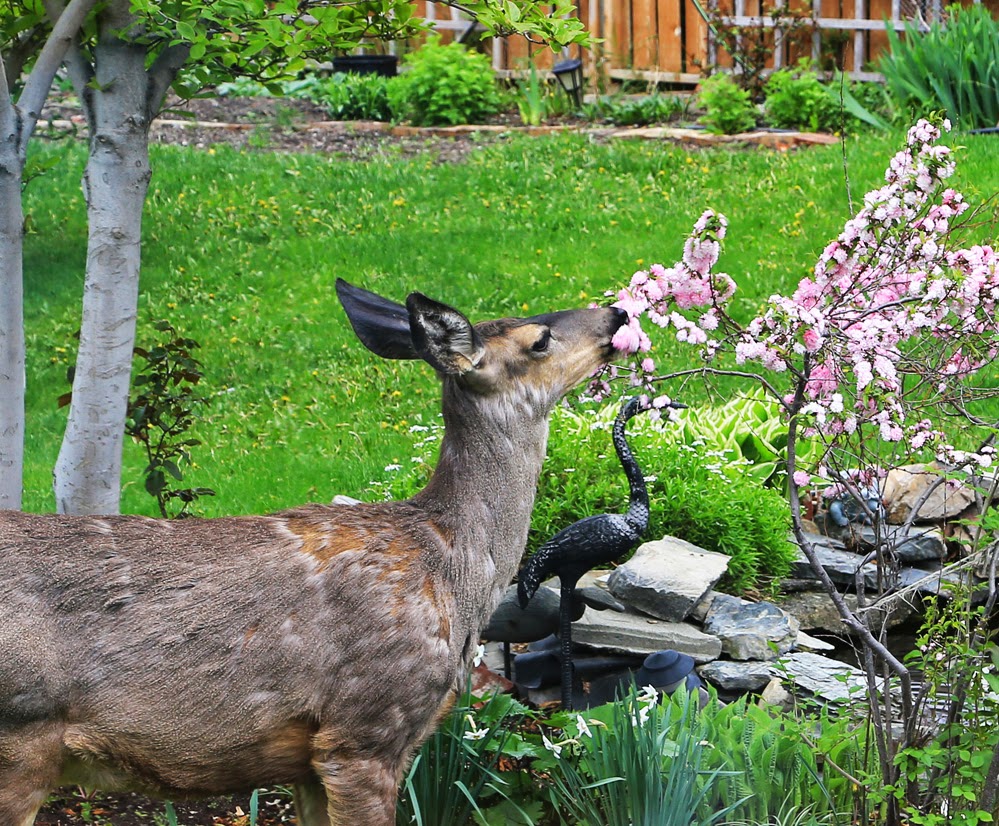 A frequent visitor to Karen's garden 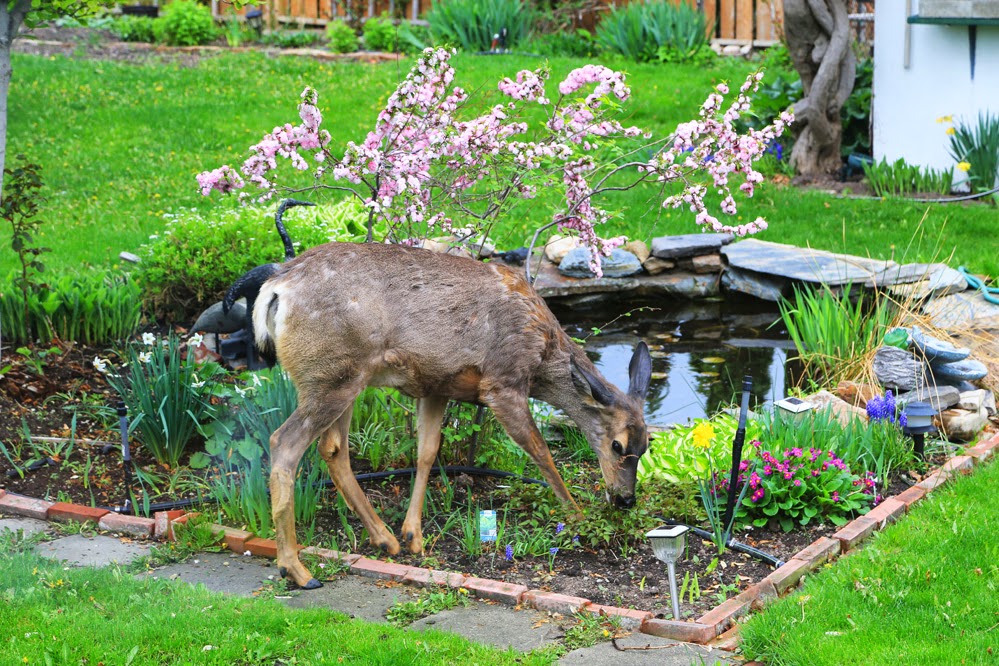 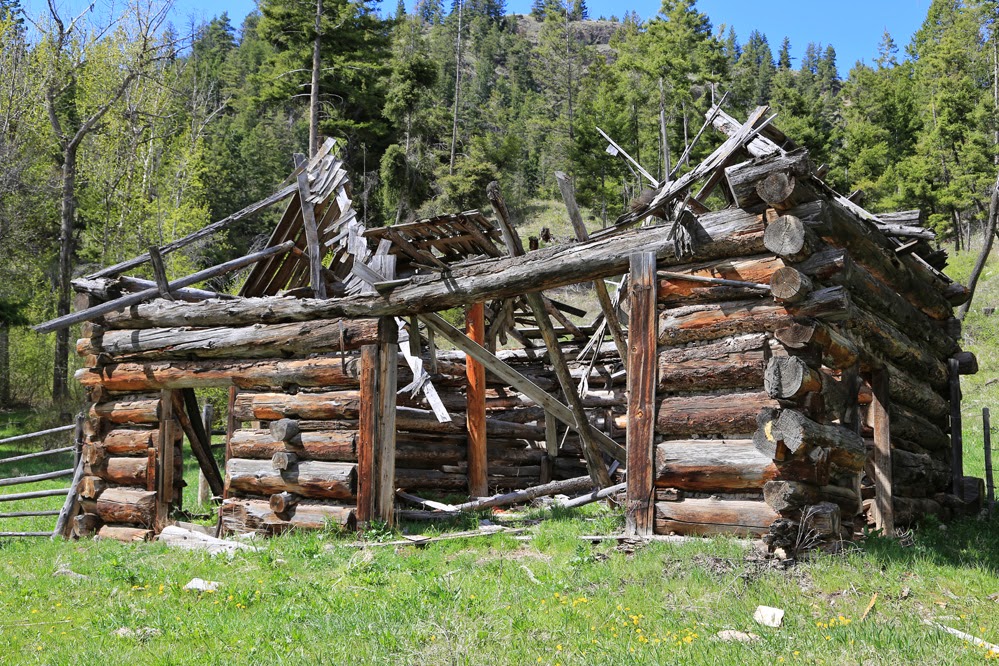 A fixer upper that comes with 60-70 acres 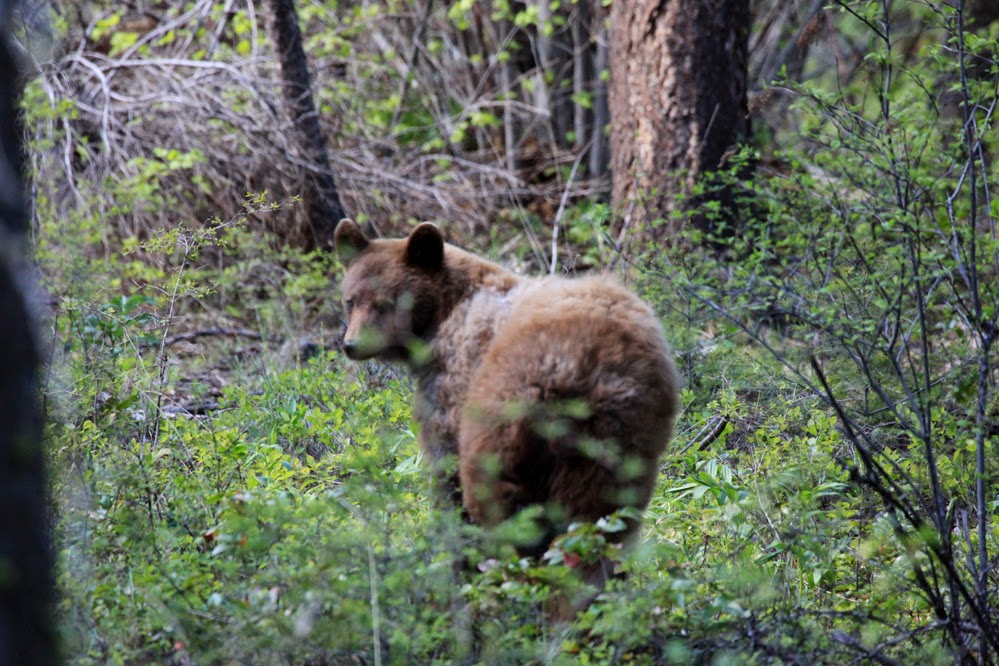 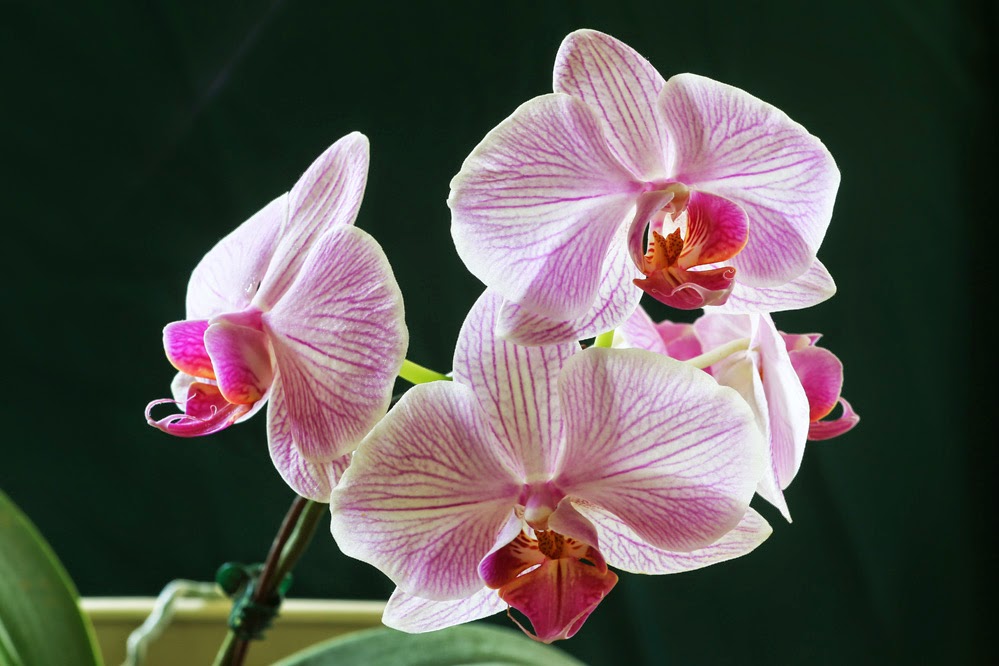 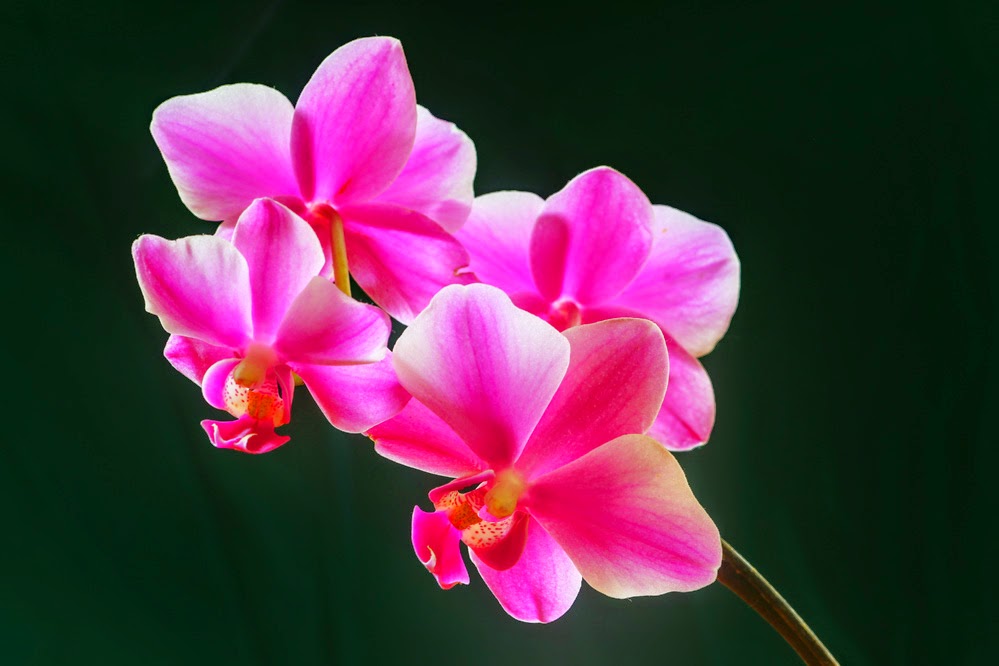 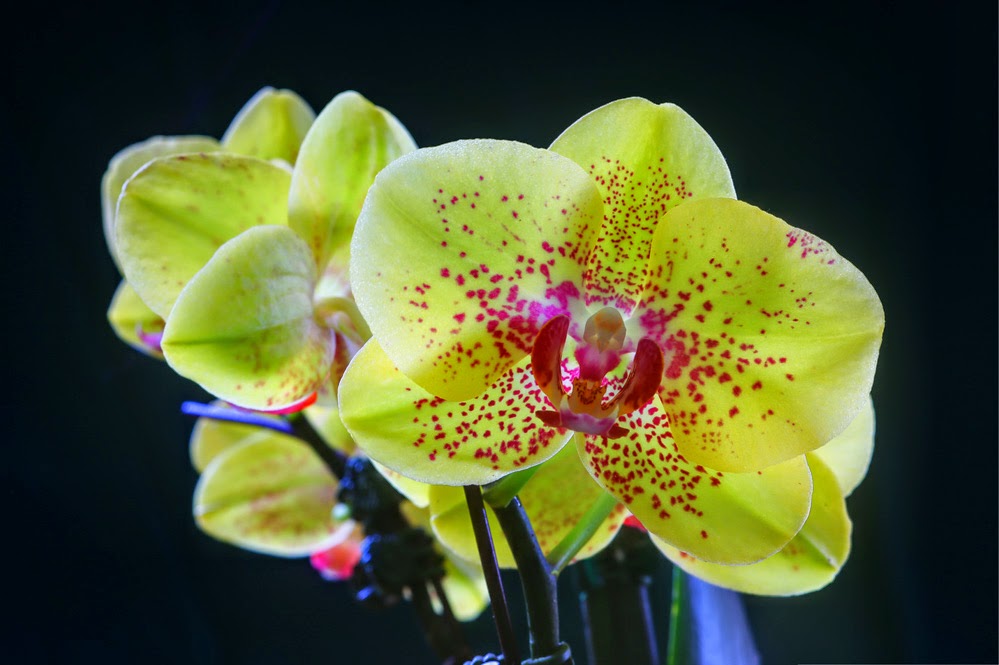 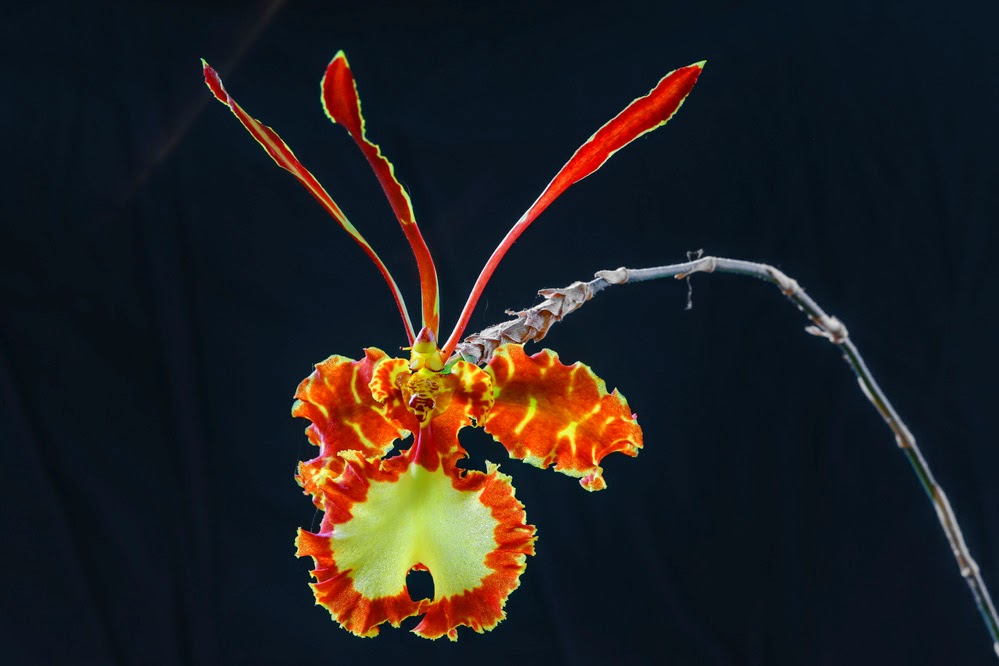 Posted by John and Aileen on the road at 5:26 PM