We moved on down to Jim and Betty’s place as planned and enjoyed our visit immensely.  We never get to visit that well in Caliente as there is too much happening all the time, it seems.  Betty made us delicious suppers both nights and Jim took me touring around the area on the second day.  During the last evening, we adjourned out to the motor home and I showed some of my travel shows on our new TV.
We left there Wednesday morning and moved down to just south of Lincoln City, Oregon and parked along the Siletz River about three miles in from the highway.  It was super quiet at night and at supper the first night we watched a herd of elk grazing through.  There were lots of fishermen in the river trying their luck.  I didn’t see any fish caught though.
Yesterday was another gorgeous day so we went looking for covered bridges which are fairly plentiful in Oregon.  We found three of them in our travels and saw some interesting country travelling the back roads.  We were surprised at how many Christmas tree farms we saw.  It is big business in Oregon, apparently.   We managed to put on nearly 3oo kms on our circle route.
I had spotted a restaurant sign advertising fresh seafood when we drove through Lincoln on the way Wednesday, so we went there for supper last night.  It took a bit of time to find it as the sign wasn’t visible coming from the south.  Pier 101 has been in business over forty years and the food was very good.   Coming home, it started to rain then shortly after it poured for a while.  So much for the gorgeous day continuing.
We awoke to a wet world this morning.  It did ease up for a while so we got packed up and hooked up without much moisture.   We headed down to Newport and took Highway 20 east.  The rain then began in earnest and didn’t ease off until we were well over the eastern side of the mountains hours later.  I stopped along Wiley Creek for some photos and got wet through my old Gortex jacket.  I guess it has gotten tired.  Sometimes you have to make those sacrifices to get the shots though.  Rain has a way of intensifying the colours and giving an ethereal glow that you can’t get in the dry.
We are spending the night in Sister’s, Oregon at a self serve RV park.    Our aircard is giving us 4G service so is really fast.  The past two nights we barely had a connection so we just did the bare minimum online.
I had looked at the weather online and the rain was going to be very wide spread and persistent.  A couple areas I had thought of going were predicting snow Sunday and Monday and my crew doesn’t do snow so I’ve been route finding and route changing.   When I next post a blog, you will know what we decided.
Just as an aside, we had lunch in Corvallis in front of a church we found by pulling off the highway.  I took Mitzy for a walk and a lady stopped her car and asked “what breed is that most adorable dog?” to which Mitzy smiled and wagged her tail. 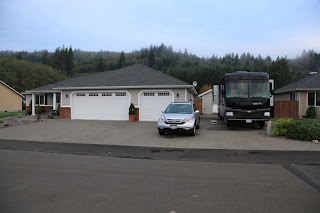 Our friends, Jim and Betty's house 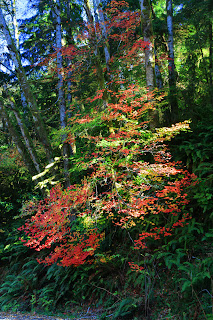 Heading up the Siletz River Road yesterday we found these maples 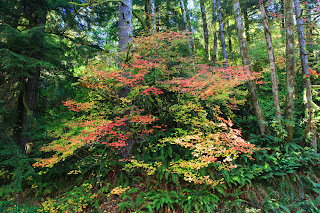 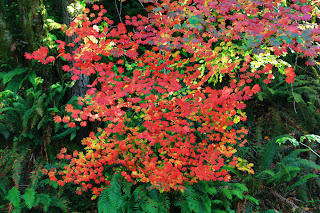 We saw some turkeys too 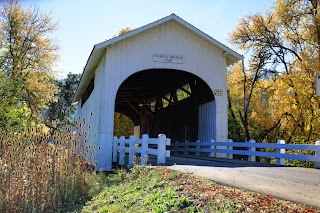 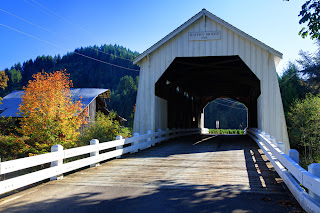 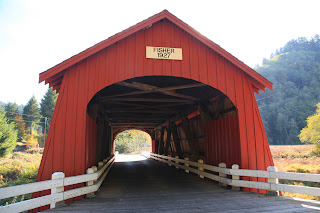 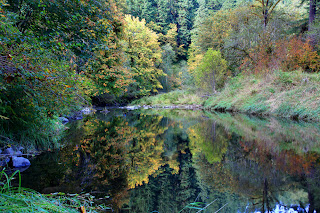 Along the Alsea River yesterday 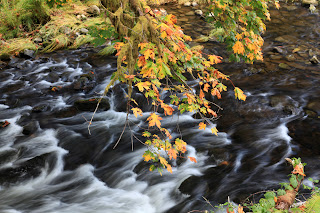 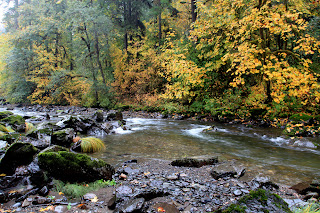 Today along Wiley Creek in the rain 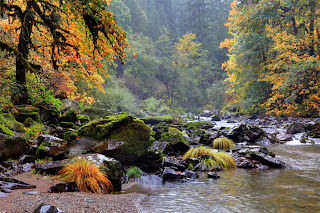 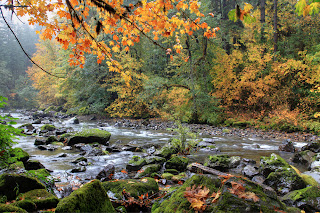 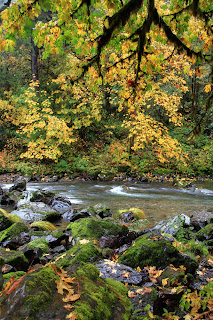 And yes, those rocks were as slippery as they look

Posted by John and Aileen on the road at 7:42 PM