Well, after spending most of last evening checking weather forecasts all over the place, we decided to head for Eastern Oregon and down through Central Nevada.  We had a nice drive today from Sisters to Burn, Oregon then down to Crane Hotsprings.  There was very little traffic after we left Bend and not too many hills.  There were, however, lots of long straight stretches of highway.  We had a tailwind for most of the morning then a sidewind for a while south of Burn.  We saw a large whirlwind at one point and I managed to get a bit of a shot of it while driving at 60 mph.  We spent about 3.5 hours actually driving today.  We stopped early for lunch when we came on a rest area and then had naps after.  It wasn’t much further until we arrived at Crane.
We haven’t tried the hotspring pool yet.  We’ll go in after supper.  I think it will be more Aileen’s temperature as it is something under 100F at the warmest spot.  The wind has a cooling effect because of the large exposed surface area.  I spoke with the one couple in this afternoon and they were both wearing toques to keep their heads warm in the wind.  They were from Summerland, BC.
Tomorrow, we will head on down the road to Winnemucca then toward Tonopah, both in Nevada.  Once we get to more pleasant weather conditions, we’ll slow our travel down.  I think we’ll be down in the 20’s F tonight and we could run into some rain tomorrow.  I’m hoping it will be much less than we had at the coast though.  This appears to be very arid country. 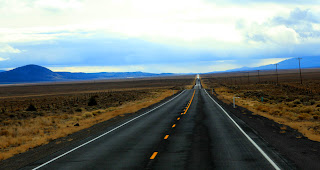 This straightaway was 21 kms long 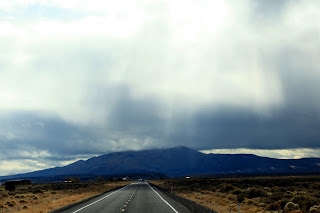 We only got a few spits on the windshield from this 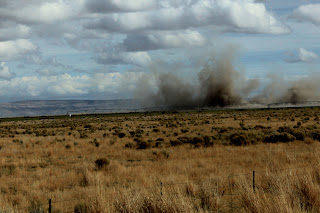 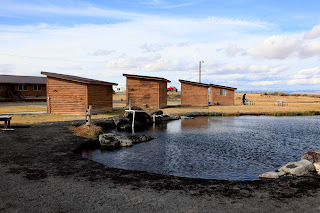 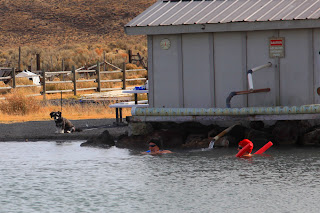 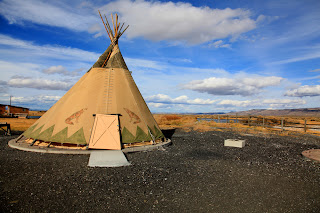 There is even a teepee for rent 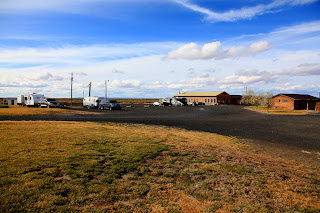 Not too crowded in the RV Park

Posted by John and Aileen on the road at 4:13 PM