TRYING TO AVOID THE NASTIEST WEATHER

We have changed our route several times the past couple of days due to forecast and changing weather.  We made it to Winnemucca, Nevada yesterday shortly after lunch and decided to stay there to restock the larder and I was feeling tired.  We woke up this morning to snow not far above us – oh oh!  It had rained quite hard in the early morning and when I went and checked this morning’s weather forecasts, several of the spots we thought of heading to were experiencing or expecting low temperatures with possible snow.  Consequently, we are in Beatty NV tonight after a 560 km drive.  Much of the drive after the first couple hours was in strong wind.  Combined with the elevation changes, our gas mileage will not be great.
We did get above 20C (about 70F) just before arriving in Beatty so that is a big plus.  It is still 18C at 7:30 pm.  The reason for choosing this route is that Death Valley National Park is not too far away and I hope to make a visit tomorrow.   It’s pretty quiet in the motor home right now as all the ladies missed their naps today so they are all trying to catch up. 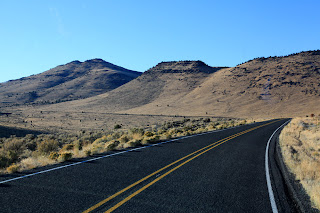 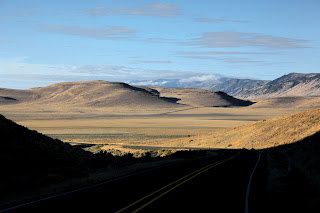 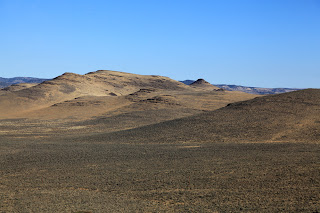 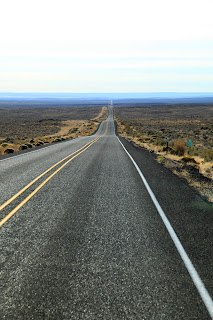 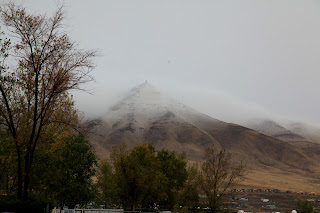 This morning in Winnemucca, NV 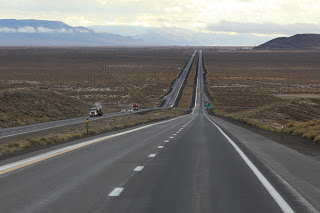 Just east of Winnemucca on I-80 this morning 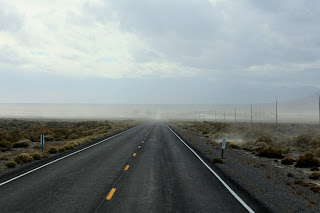 Dust in this afternoon's wind south of Austin heading for Tonopah, NV 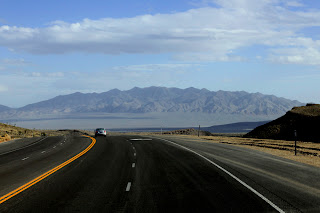 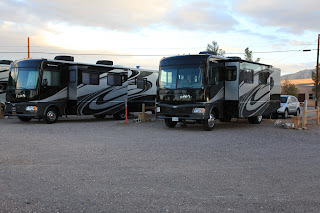 We found our almost twin in the RV park tonight.  He went past us when I was walking Mitzy at a roadside pullout a couple days ago up in Oregon.  I remembered the pickup he was towing.  That's us on the right

Posted by John and Aileen on the road at 8:14 PM