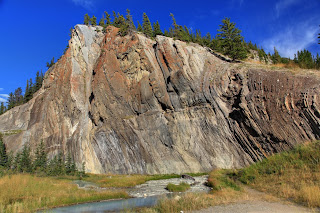 Cold Sulpher Spring.  This is right along the highway east of Jasper and we've always just blown past it.  This time, however, there was a geocache nearby so we stopped.  Good thing as the spring is interesting, if smelly, with different vegetation growing along the little creek which pops out of  a hole at the base of the rock. 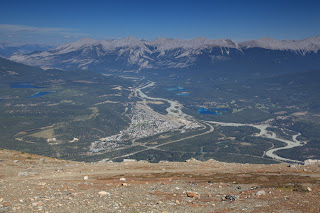 Not to be missed if you're ever in Jasper, is the tram ride to the top of the mountain.  We lucked out on a great weather day! 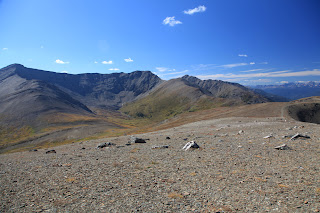 Looking west from the top.  While we were here, we got to talking to another couple and found they were also from the Shuswap and he works with our son in law! 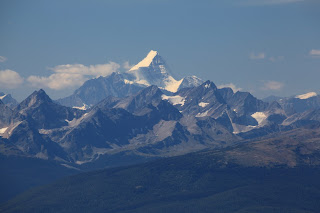 Mt Robson, the highest peak in the Canadian Rockies is 79 kms away. 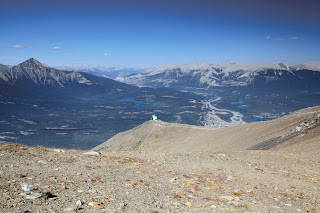 Looking down at the top of the tram from the mountain top. 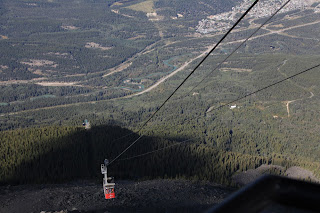 One of the cars coming up with the mid tower behind. 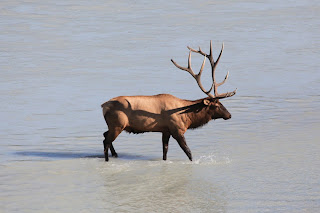 Tis the season for elk as the rut is on and the bulls are fairly aggressive and actively courting.  The sound of their bugling is often heard.  We had a close encounter with a particularly love crazed bull the other morning on the Lake Annette Trail.  I stood my ground in a covered seating area on the trail and he passed within six feet of me and eyeballed me for quite a while before finally moving on.  Unfortunately, he took the same trail Aileen and Mitzy had retreated on so I called for them to get off the trail into a thick clump of trees.  They did and the bull still spotted them and stood staring at them for some time before finally carrying on.  It was pretty unnerving for all of us! 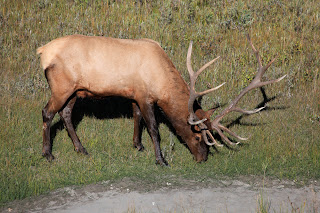 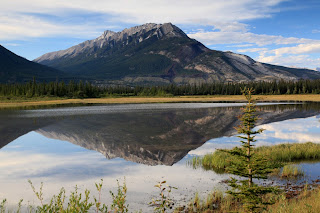 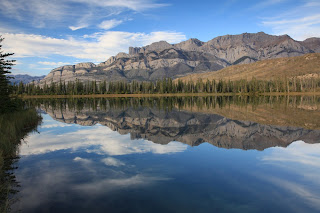 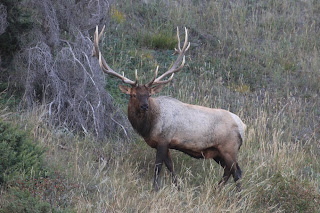 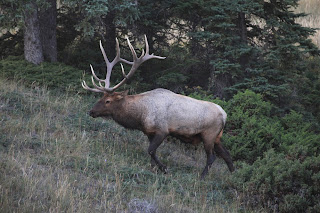 We spent three nights at the Snaring River Campground where the sites are fairly tight for bigger rigs and are completely in the trees so useless for solar power.  However, it was cheaper and quite peaceful and gave us closer access to the eastern side of Jasper Park.  Yesterday, we moved to Whistlers Campground just south of Jasper town.  While we couldn't get an electric hookup site, we managed to get 18K which is fairly open for solar.  Now we just need some sun as we have had a few mostly cloudy days.   We plan to stay a few days here then will move down further into Banff National Park which joins the southern end of Jasper.

Posted by John and Aileen on the road at 8:10 AM