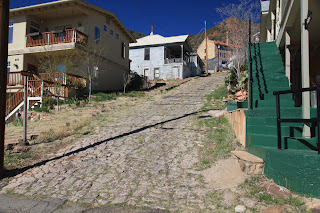 On Sunday we revisited Jerome.  There were six streets like this.  They appear to have laid flat stones many years ago to create the hard surface street. 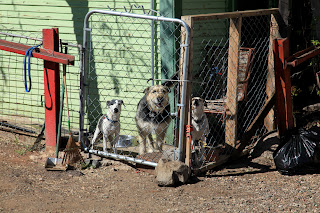 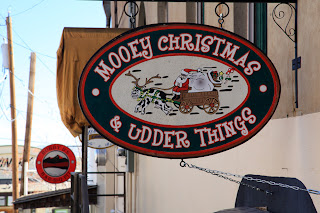 No, I didn't go in but I bet it would be interesting 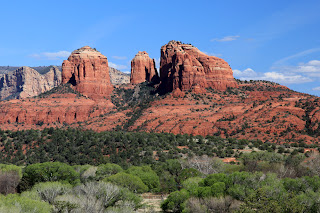 We also revisited Sedona on Sunday.  This is Cathedral Peak 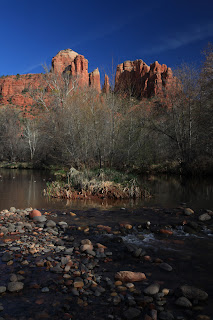 Cathedral Peak from along Oak Creek 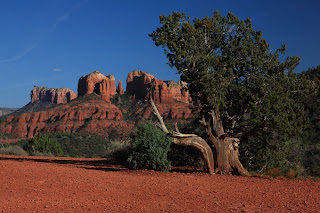 Cathedral Peak from along the Red Rock Loop Road

We really enjoyed our week in the Verde Valley but it was time to move on.  Yesterday we moved up to Williams, AZ which only took a little over two hours.  We are in the Grand Canyon Railway RV Park which is a Passport America park so we only pay half price.  With the well below freezing temperatures at night, it is a bonus to have electricity to run the heaters.  It is also the gateway to the Grand Canyon.  After we got set up yesterday, Aileen suggested I head up to the Canyon while she had an extended rest.
The gate was busy when I arrived and I had about a fifteen minute wait to get through.  I spent my whole time using the shuttle to go out to Hermit’s Rest.  No private vehicles permitted March to November.  I was amazed how busy the shuttle was as it took me about half an hour in line to get on the first one.  You can get off at any stop then hop on another shuttle which usually comes along within fifteen minutes.  The lighting was pretty good for the most part so I was reasonably pleased with my photos.  It was nearly 8 pm when I made it home.
I had suggested we go out for supper so Aileen waited (and waited!) but while she waited she researched the local scene and suggested Rod’s Steakhouse.  It turned out to be an excellent choice and she had no ill effects overnight.
Today, we headed back to the Canyon so Aileen could have another look.  The gate lineup was really bad today and took far longer to get through than yesterday.  We headed off to the east away from the maddening crowds.  It seemed nearly everyone headed for the village shopping and the Hermit’s Rest area.  Fine with us as we were able to park everywhere we went and some lots were mostly empty.  Unfortunately, the weather was not as good as yesterday but we did get some nice views.
Tomorrow we begin our trek north in earnest.  We plan to make it well past Las Vegas and if all goes well, we should be four nights on the road before crossing the border. 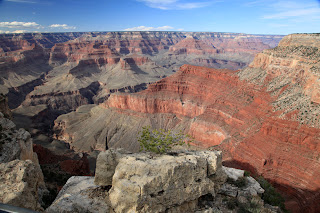 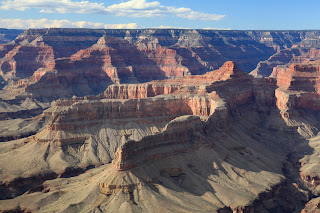 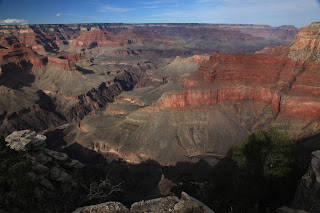 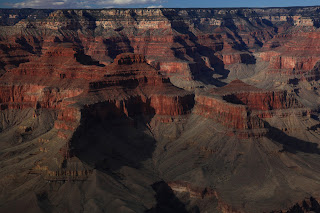 Fascinating every time I see it