My first train ride—what a thrill!  The Verde Canyon Railroad excursion is a 40 mile return trip from Clarkdale, AZ, to Perkinsville, AZ, taking about four hours.  I rode first class as there were no other openings available so enjoyed the champagne toast and opportunity to partake in lunch (which was off limits because of all the bread and wheat).  Complimentary bottles of water were available as well.   It was an overcast day for the most part and a wonderful photo opportunity.  The open air car was not crowded and the temperature was conducive to staying outside the entire ride.  The trip traverses some flat land but also the Verde Canyon where the walls are six inches away at times.  The curved tunnel was an experience for someone with claustrophobia and my kind husband thankfully did not warn me about that!    We were fortunate enough (but not close enough for pictures) to see a herd of deer grazing in a meadow, two Bald Eagles (one immature and one mature), two Common Black-Hawks and countless butterflies of various colours.  The rock formations and colours were intriguing as were the caves and tales of older civilization.  Perkinsville is still owned by the Perkins family and has been for the past one hundred years so one cannot get off the train there.   I enjoyed the space and opportunity to ride in the fresh air without crowds of people.  A train ride is one more thing off my Bucket List!  I used John’s EOS Rebel XTi with a 28-135 lens for my pictures.
John and Mitzy had a quiet day then we went to Denny’s for supper. 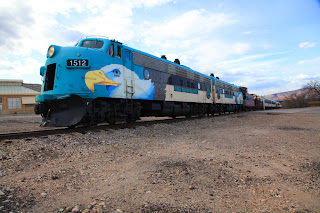 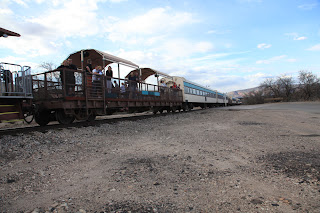 The outside car Aileen spent most of  her time on 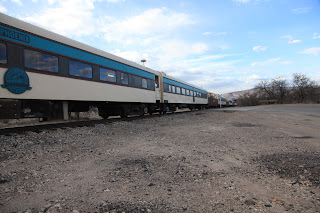 The first class car Aileen was assigned to

All the following are Aileen's shots 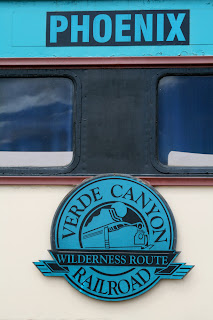 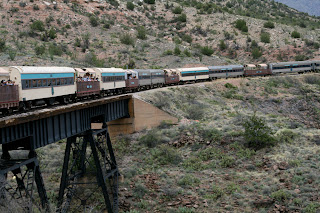 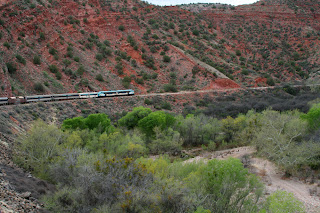 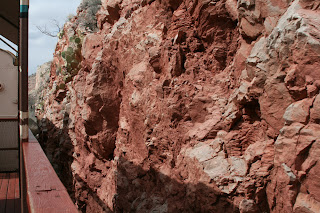 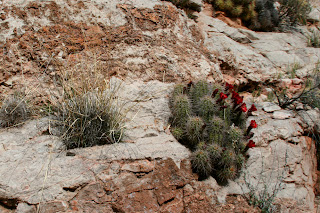 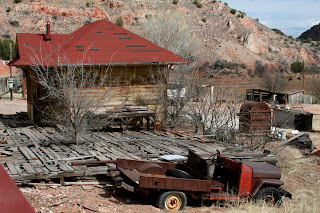 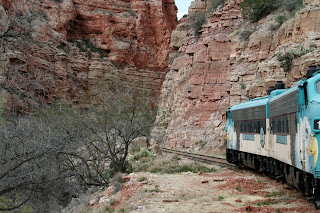 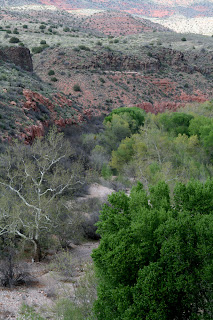 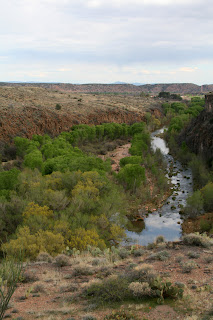 Posted by John and Aileen on the road at 8:22 PM