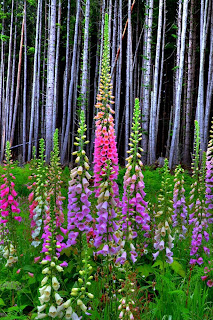 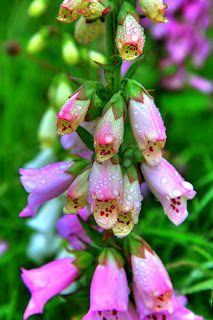 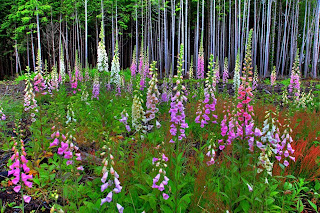 The lupines here in the park at Cluxewe campsite 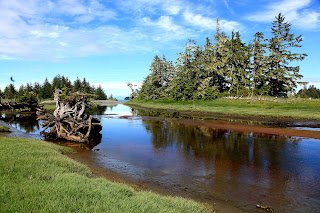 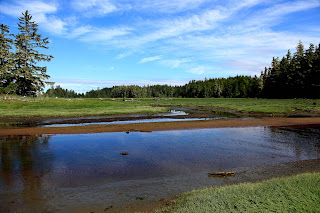 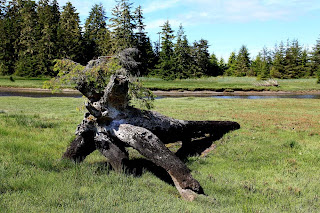 Is this a large lizard or? 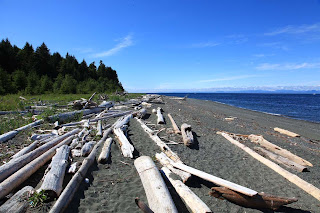 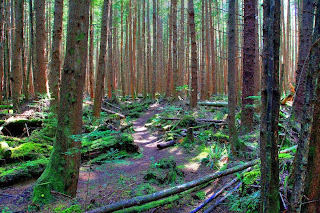 Along the Salt Marsh trail, the trees are all Western Hemlock, second or third growth 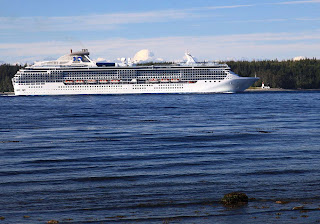 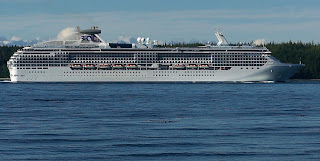 I noticed the foxgloves looking great Friday morning while walking Mitzy before breakfast, so I took my camera and played awhile. Downloaded them after breakfast and did three HDR processes while doing my morning reads online. Aileen cut my hair later in the morning. We’ve definitely paid for that clipper set already.

Aileen had just crawled into bed after lunch on Friday and I was packing my gear for a walk when our realtor phoned needing more papers signed. We decided to go right into Anne’s and take care of it, which we did. He said there are five or six of us involved this time. My understanding is that the first domino is a piece of bare land. The first three, starting with our buyer, are all really eager to buy, he says. We’ll see, I guess. We have allowed our buyer’s to move their stuff into the garage ahead of the closing which the realtor said was quite important to make the whole thing work as their buyer’s want to move in the same day our buyer’s move out and take over ours. The closing date is set for July 29 if everything holds together.

Aileen slept 3 til 5 Friday afternoon. I walked up the mainline and took the first road/trail down to the salt marsh then wandered all the way through to the north. I had to take to the bush a few times to get around ugly spots then worked my way through the bush, sometimes following rudimentary trails until I finally came on the good trail which went out to the road. I followed it out to the beach. I only stayed there about 5 minutes since the time was getting on. When I jumped up on a log to head back, I spotted a cruise ship way up the coast coming my way. It would have made me way too late to stay so I headed home at 4:44 arriving at 5:52. Aileen wasn’t around and when I looked toward the beach, there was a big white cruise ship bearing down on us. I grabbed my camera and ran to the beach and started shooting. That’s when I noticed Aileen and Mitzy along from me taking pictures with her Kodak.

We met John and Anne at the Northern Lights restaurant for 6:30 supper. We had a good meal which John insisted on paying for. Thank you very much! Anne had a seafood medley, Aileen and John had steak and oysters while I had ribs. We had coconut prawns and stuffed mushrooms for appy’s and they were excellent.

Back at camp, Aileen got the fire going then we all sat around it for awhile. Finally we got up enough energy to take our walk out to the point followed by more time around the fire.

We went ATVing this afternoon and found three more caves. We were going to have supper on the mountain but it started raining so we packed it in and came back to the trailers. It hadn’t rained here. Dennis and April came out with the kids and visited awhile.

Tomorrow we are moving out to one of the remoter lakes so will be off the grid for a week. I guess we’ll get to use the generator again. There may not be any blogs posted for the next week or more unless I am able to get a strong enough signal by driving up the mountain.