WE VISIT SOINTULA AND THE DOMINOS FALL AGAIN 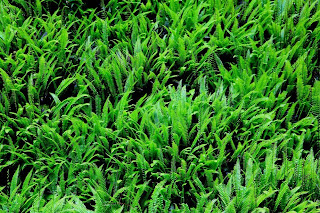 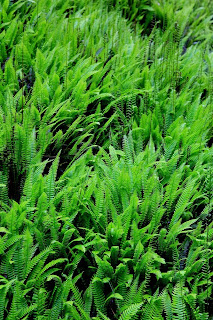 These ferns are very abundant 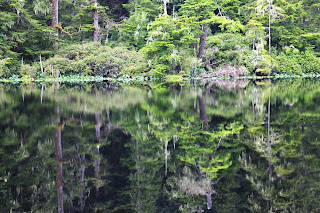 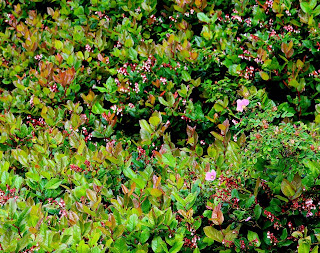 Salal is the dominant ground cover, there is a wild rose growing with it in this shot 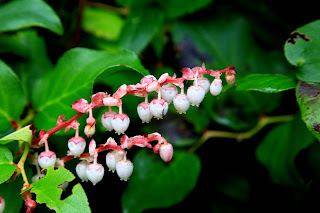 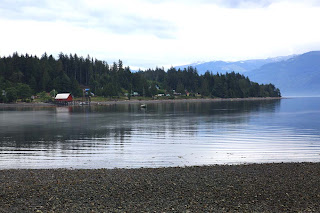 Mitchell Bay near the east end of Malcolm Island 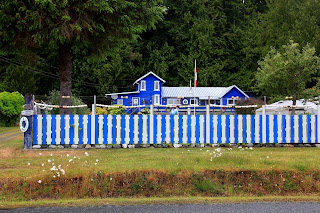 This is a lively looking place, I loved the intensity of the blue 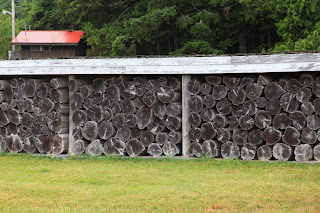 I thought this was a rather unique fence 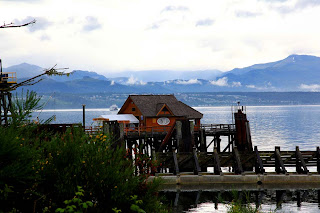 The ferry coming to take us home. Port McNeill on Vancouver Island visible in the background 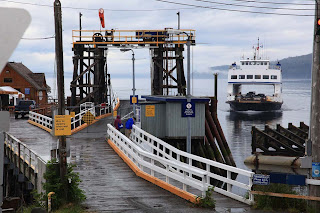 The ferry approaching the dock

We were up before 8 on Wednesday and on the road at 9:28 which was two minutes ahead of our schedule. We went by Anne’s to exchange our truck for her Jeep which she’d offered last night. It was reluctant to start as she hardly uses it then I hosed the dust off. We got in the ferry line early but there were only a few vehicles in the end.

We explored the town side of then had lunch at a little café. After lunch, we took the lighthouse road and walked to Pulteney Point lighthouse. We were the only set of tracks on the road out there. Aileen was pleased to have finally made it there as her girl friend Winona Quinney had lived there for a time in the 50s. We went to Bere Point campground next and it has some great water view sites. We drove the spine road past Big Lake down to , which is a quaint little area. Coming back to Sointula, we ran into rain then had showers off and on. We got in the ferry line early again but there were even less cars on board. It was a neat place to visit but don’t know if we will ever do it again.

We put some gas in the Jeep before going back to Anne’s where I then used my Turtle Wax soap to give it a good cleaning. It was raining well back at the campsite when we got here then a few minutes later it was really coming down. It was warm though, about 16 or 17C so we decided to eat outside. The table was soaked as we had retracted the awning in the morning so we moved it out of the way and sat in chairs. We barbequed hamburgers again but also a wiener each to go with the bacon, onions and mushrooms Aileen had prepared inside. Yummy!

For more information on the history of Sointula the following book would be of interest. I have copied the info from the internet.

The story of 's socialist-utopian community.

Sointula - it means "harmony" - is a tiny community on , a short ferry ride from northern . It was founded at the turn of the century by the Kalevan Kansa Society, a group of Finnish utopians, and Matti Kurikka, their charismatic but impractical leader. Despite serious setbacks, including a disastrous fire in 1903 that killed eleven people, the Finns built a thriving community. Even after the Kalevan Kansa ended, locals were blackballed all along the coast for their fervour in organizing loggers' and fishermen's unions. A fresh wave of utopians arrived in Sointula in the 1960s, and while they were shunned by many residents, some of the older generation recognized in the "hippies" the hopes and dreams of their forefathers.

Paula Wild lived in Sointula for many years. In researching her book, she talked to more than forty residents and translated innumerable Finnish documents and letters.

Our day ended on a down note as our realtor called with the news that the latest offer on our buyers’ property had collapsed at the last minute. They used something in the property inspection to bail out. Our buyers are still really interested in our house but just can’t seem to get theirs sold. We are again back to accepting other offers and our current buyers have 48 hours to come up with the dough or lose out. Apparently we have a showing of our house again today. We have to go to Anne’s today to print out the paperwork, sign it, scan it and email it back to the realtor. This is getting tedious!