For those new to my blog, if you click on the picture it will fill your screen. If it only enlarges partway, click it again. Click the back arrow to return to the main screen. 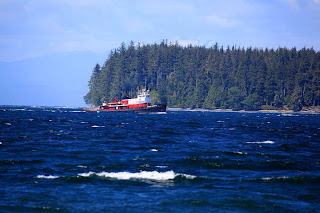 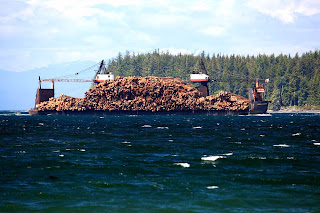 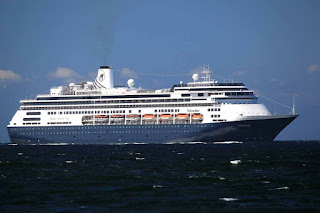 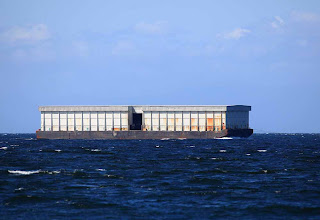 Some kind of freight barge 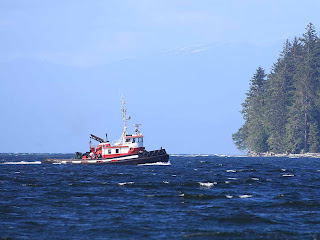 The Hecate Prince towing the freight barge. Note the crewmen lounging on the side 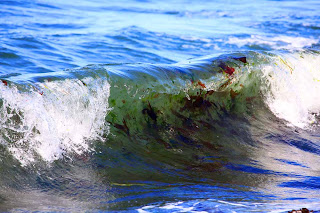 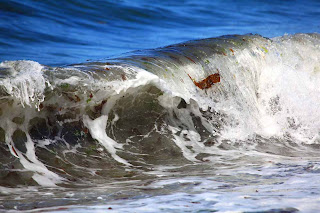 The waves were interesting when I was shooting the boats 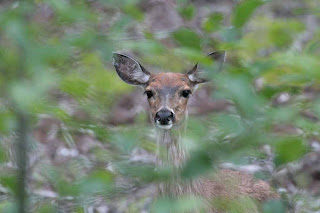 Peek a boo deer near our campsite 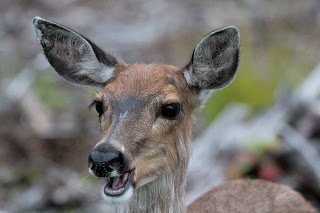 This one seems to have something to say

We have a fire every night and John really likes burning wood so he has brought three pickup loads of wood thus far. We have a big stack out by the fire pit and lots more under the trailer.

The forecast was not good for here on Saturday but claimed to have pure sunshine so we hopped in the truck and roared off to the city. We had a late lunch of fish and chips on the pier. They are still the best in recent memory! The weather was gorgeous with the temperature at 23C. When we headed back to Port McNeill, we ran into clouds pretty quickly. We drove into Sayward and peeked around a bit as we hadn’t been in there in years. We had supper at the Cable Café, named because the outside walls are made of heavy wire cable recovered from old logging sites many years ago. It is old and funky but there’s nothing wrong with the food and it is reasonable as well. It is popular with the locals as we were the only patrons not being called by name! We had the special which was steak and prawns for $12.99 and very good. We ran into rain just as we headed up the highway from Sayward Junction and it rained all the way home, sometimes quite heavy. It was only 10C back at the campsite.

On Sunday, Aileen went back to bed for a couple hours in the morning and again in the afternoon. I puttered on the computer til mid morning then took Mitzy out to the sand bank by the highway. She had a great time running and digging. Just after we started home the rains came again so we stood under a big spruce until it quit. I puttered on pictures for awhile after lunch.

On Monday I took the ATV off the truck so I could get at the other water jug as we were about out. Since it was off, I took it for a quick drive out to the sand pile by the highway. Mitzy was most upset she couldn’t go with me. After lunch, I took her for a long walk down the road towards the ship loader. We went in the first trail and walked along the beach to the far trail. Even Mitzy found it hard walking along the beach. We got spit on a bit but nothing serious. Aileen napped part of the time we were away.

I received and email from Sheila Monday morning telling us about Mom’s latest adventures. It seems she managed to wander away from the care home yesterday afternoon shortly after 4 PM. At 5 PM the police had sent her off to the hospital in suffering from a broken arm up near the shoulder and various contusions to her head. I imagine she stumbled off a curb or something as her depth perception and balance isn’t very good anymore. I always took her hand whenever I took her anywhere as I was concerned about her stability. Of course she has no idea how it all happened as she doesn’t remember minute to minute why she has her arm in the sling or how it came to be. It’s so sad when there is nothing you can really do to prevent these terrible things. The only way to keep her from wandering away is to lock her up in the secure part of the facility and then she and Dad would be separated. After over 64 years of marriage, that’s not a nice prospect either. They’ve been able to share a double room all along in both facilities. So what to do?

We went to town after lunch today. Aileen took laundry to Anne’s then we visited awhile there. Actually, I sat in the sun and roasted as it was out of the wind. It’s been very windy today but sheltered alongside our trailer, so very nice. I spent the afternoon in tee shirt and shorts. While Aileen napped, I sat outside intending to read but had three vessels claim my attention. First was a loaded log barge towed by a tug followed by the cruise ship, the Volendam then a tug and covered barge. I zipped down to the beach each time I saw the boats.

Aileen cooked a small roast in the crock pot for supper and we ate it all. Later we walked out to the point. The wind eased off and we walked way along the shore. I tried some merganser and heron shots which I haven't downloaded yet. We stood around the fire for awhile then went into our trailers a little earlier tonight. We’d had an email from our realtor late this afternoon saying they are working on another offer on our buyer’s house. No word yet on whether the subjects to have been removed from our house. The buyer did follow through on the home inspection for our house but no word yet on how that went.