Aileen and I would like to wish you all a happy and healthy new year.  I have included some photos taken recently in our neighbourhood.  We haven't been walking the past few days due to the nasty wind combined with the low temperatures.  I did make the trek up the river a couple of times and went out in the car once.  We do have much less snow than most of Vancouver Island and the BC coast but ours will last longer.

We had our daughter and hubby here from the 27th - 29th which was great.  Bev had flown into Kelowna at 1 am and Kevin was there to pick her up.  Then they drove straight here arriving about 3 am.  Aileen and I were both asleep and didn't hear them arrive so we got a good night's sleep.

We had a great visit with them and Kevin installed a new battery in the motorhome and added another ceiling light in the laundry room.   And, magically, a new deep freeze appeared in our house. 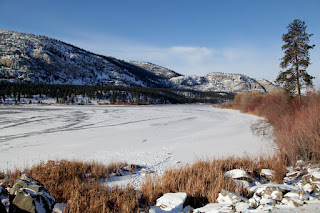 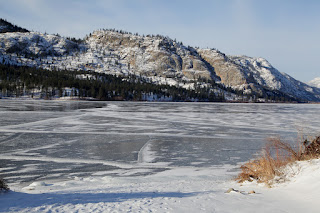 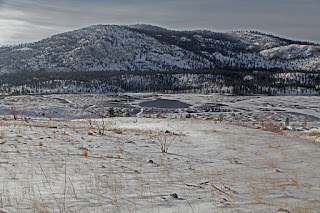 Vaseux Lake, the only open water 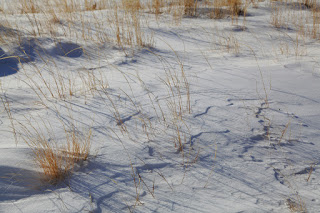 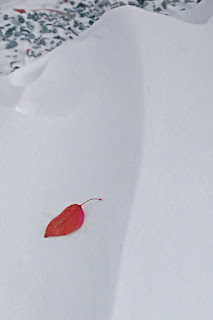 Taken out our den window, leaf on a snow drift 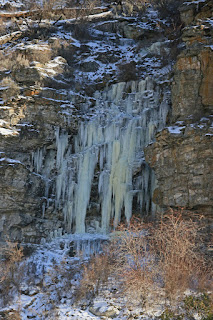 Ice on the bluffs above Vaseux Lake 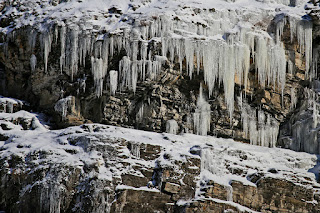 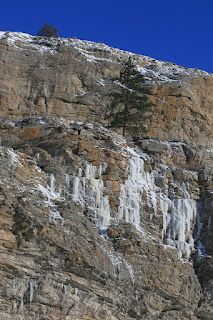 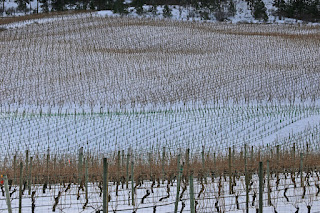 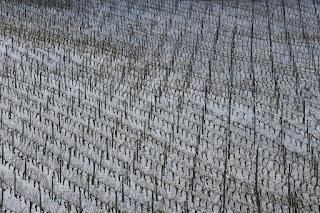 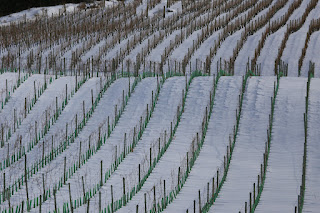 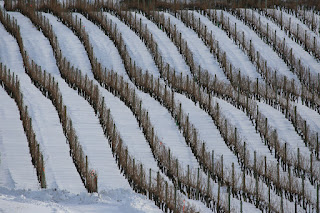 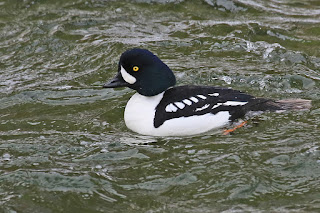 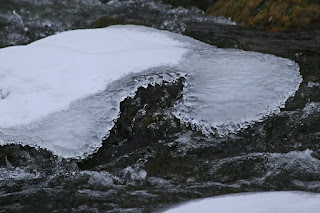 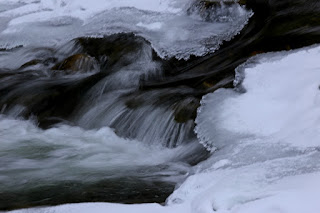 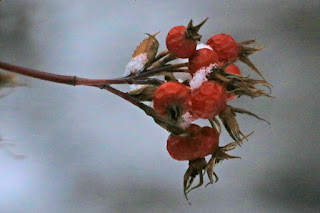 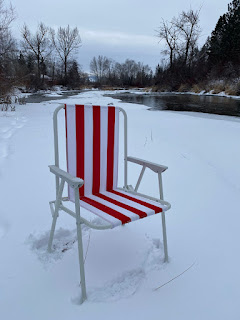 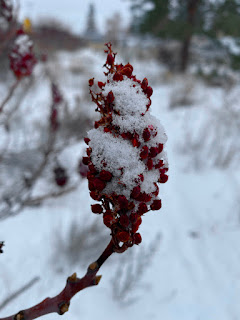 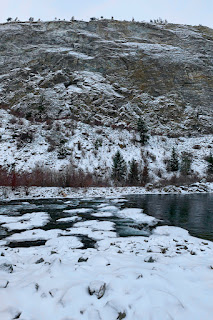 Below the dam, Okanagan River