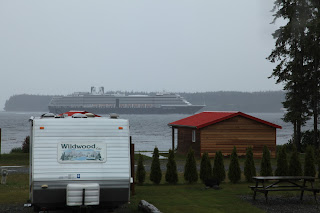 This is the new view from our front window.  It was raining hard so had to use the windshield wipers to clear the window to take the picture 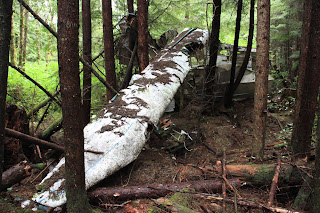 In the early 1990’s a homemade twin engine aircraft crashed near the south end of Port McNeill airport.  The cause of the crash is believed to be that the wing spoilers were still deployed.  The plane was very large, some described it as having a cabin the size of a mobile home living room, and was covered with a lightweight fabric.  Four people were on board and none were hurt.  In fact, one of the men was on his knees fixing some film equipment and wasn’t even aware they had gone down until being told to get out since they had crashed.  The men were filming the west coast. 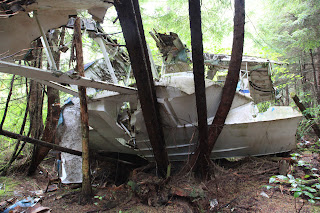 This plane was able to land on land or water.  Note the boat hull 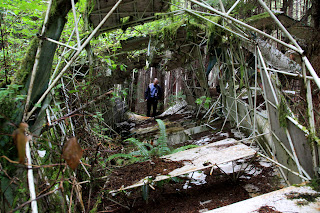 The very large cabin, you can see the re-enforced floor for landing on water 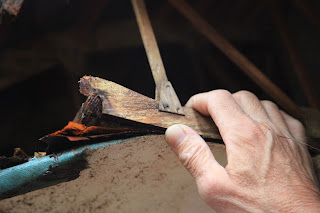 The amount of work that went into building this plane was enormous.  The wings were at least 30 feet each and about every 6 inches there were these mini wooden trusses built to hold the skin fabric.  Every join had these little gussets on each side 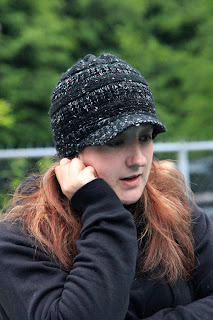 Nephew's wife April trying to keep the bugs at bay 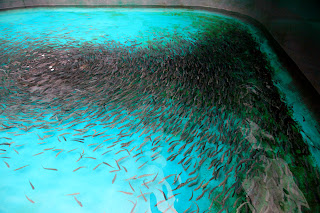 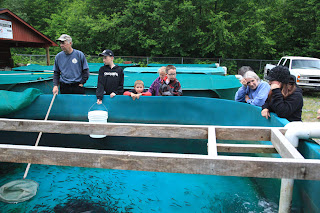 The fry were caught using the net 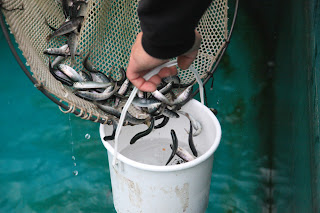 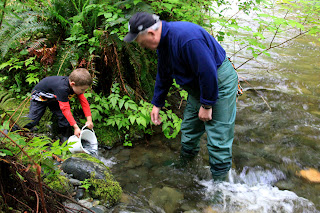 Where Les, all the kids grandfather, supervised the release 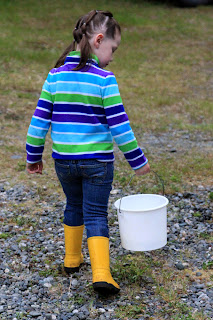 This is the youngest on her way to the river 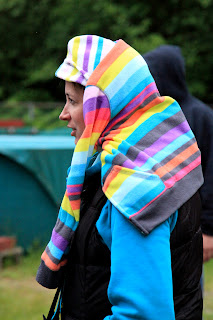 Another attempt at keeping the bugs away 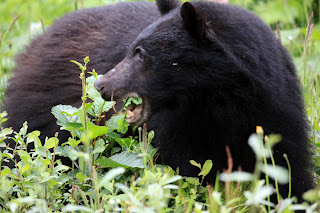 Posted by John and Aileen on the road at 2:16 PM