Brother-in-law John and nephew Dennis are both into geocaching so I’ve gone with them twice this week.  The first one was out to the World War Two plane crash.  For those able to make the two km hike in to the crash site, the trail was quite rugged but well defined and a good outing.  It is, however, more strenuous than many geocachers would be able to do. After getting to the plane, it is to find a clue in the plane telling you the cache was actually back at the start of the trail.
We have basic weak internet out at the site we’re in, sometimes.  However, the reason we are in this site is the fabulous ocean view.  We have water and power but part way through our two week stay here, we will have to go to the dump station to empty tanks,  We will be moving back to the main full hookup sites next week and should have somewhat more dependable internet, or at least we hope so.  I went into town the other day and managed to sit outside of the library and get an excellent signal.  Since we are still members of the Okanagan Library system, I was able to get a reciprocal library card for the Vancouver Island Library.  This allows us to take books out from any library in the system and return them to any other.  Since there are 29 affiliated libraries, we’re covered pretty well for our time on the Island.
Yesterday was a glorious morning with no wind and pure sunshine to start.  This morning was the total opposite.  The wind has been blowing a gale all night and not letting up this morning, plus it has been raining off and on.  John and I were going to take the ATVs out today but changed our mind on that.  John heard about a new hiking trail running along the coast south of Telegraph Cove so we may give that a try later today.
John put his hip waders on yesterday and went crabbing down at the mouth of the Cluxewe River getting his limit of two.  We had the crabs for supper last night.  He went there again this morning and while he’d hoped the wind would ease off, it didn’t, so there are no crabs today. 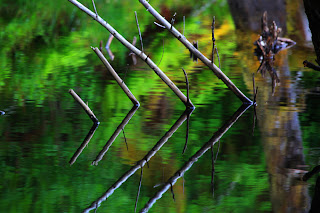 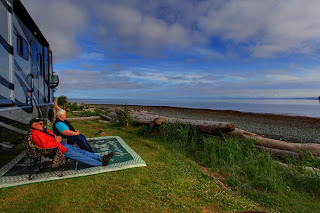 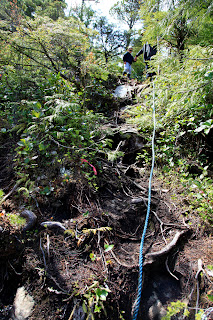 Part of the trail in to the plane crash site 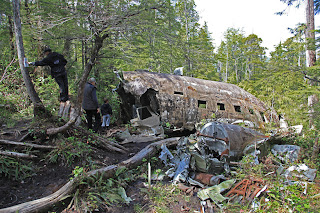 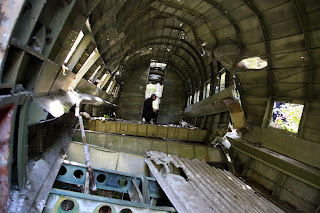 John is writing down the co-ordinates for the geocache 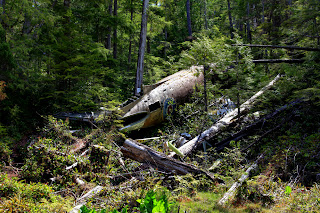 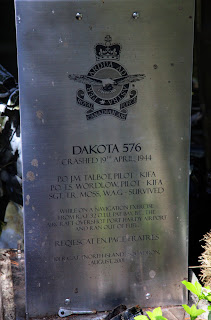 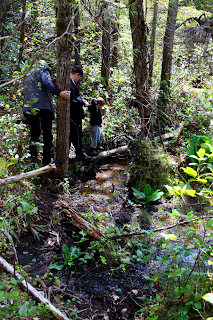 More of the trail 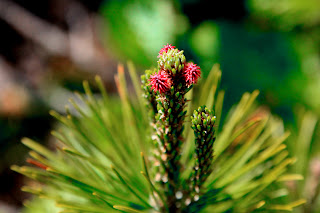 The pine trees are blooming 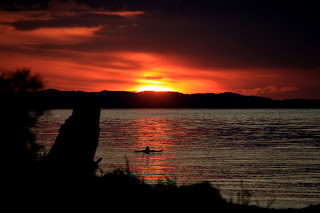 Sunset two nights ago from our site 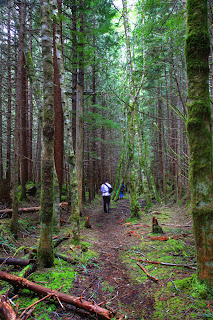 Yesterday along the old telegraph or telephone line trail.  Just to the left of Dennis is an old pole with the insulators still on.  There were five geocaches along this trail 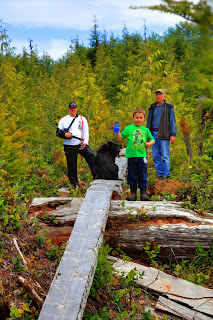 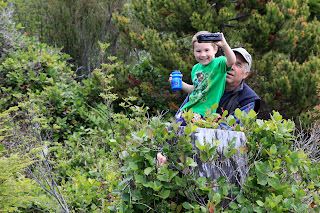 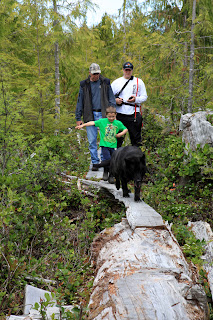 Aptly named Bear, Travyn, John and Dennis who is recovering from shoulder surgery 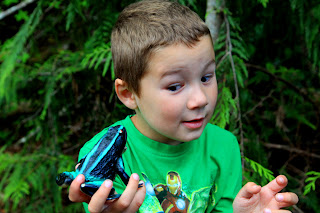