After a pancake breakfast in the house with Charlie and Sheila, it was Easter egg hunt time for Georgia.  She enjoyed the challenge and was very excited when she found the electric bubble machine.  We all had fun watching the bubbles outside.  After that, my sister Susan, husband John with son Keith and grandson Oliver invited Richard, Georgia and I to go for a walk at the new regional park at Moorecroft.  It was a nice spot for a walk in the forest and along the seashore.  We had to rush to get home for the large Easter lunch.  Aileen cooked a turkey this morning, there was a large ham and loads of other food.  There may have been even more dessert than main course and there are lots of leftovers even though there were eighteen of us to eat it.  The other fourteen were members of Sheila’s and Charlie’s family.
While today was plain old overcast, yesterday was mostly sunny and very pleasant.  Aileen, Richard, Georgia and I went down to Rathtrevor Beach Park to walk along the seashore looking at shells, birds and the nice view of the snowy Coast Mountains on the other side of the Salish Sea (Strait of Georgia). 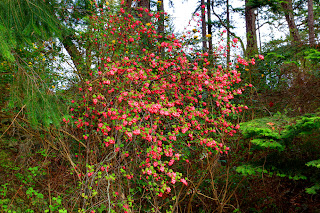 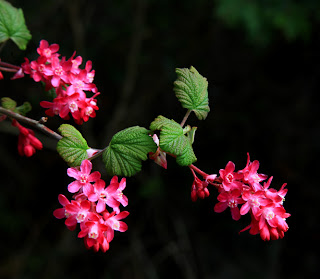 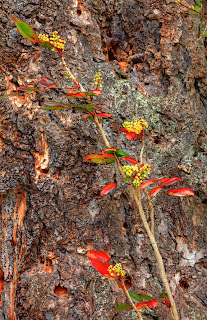 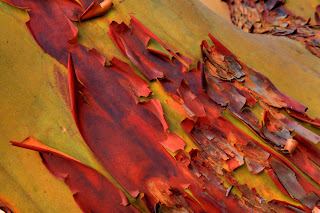 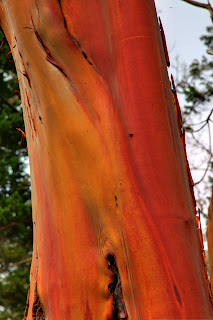 The rough bark is mostly gone from this section.  Note the fly just over halfway up 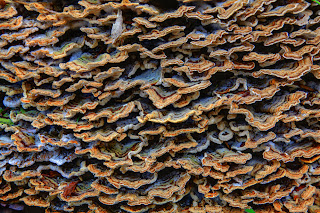 Some fungi at the base of a tree 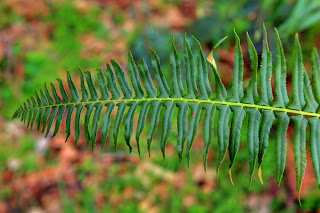 There was lots of  Sword Ferns at the park 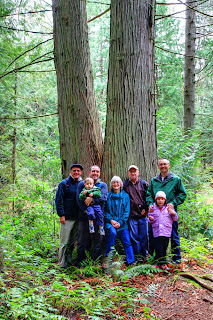 Left to right, me, Keith and Oliver, Sue and John, Richard and Georgia

Posted by John and Aileen on the road at 6:30 PM