Aileen was doing several loads of laundry this morning and the conditions felt right for a waterfall visit.  Bright overcast is usually good for taking pictures of water as it reduces the overly bright contrast and the green of the moss and trees is boosted.   With those thoughts in mind, I grabbed a selection of lenses, my tripod and favourite camera and off I went.   When I arrived at the parking lot, there were at least fifty people milling about making lots of noise.  I think they were members of a hiking club and fortunately they headed to the lower falls after I decided to go to the upper falls.  They were fast walkers who mustn’t have stopped to enjoy the views because they raced around the trail and beat me to the top bridge then headed off up the river on another trail.  I was glad of that as I mostly then had the whole area to myself.  I did have the misfortune to slip in some mud on a trail and landed hard on my butt.  The worst though, was discovered a few minutes later when I had occasion to look at the top dial on my camera and found it badly cracked.  Apparently it suffered a direct hit somehow.   My main camera, a Canon 5D Mark2, has needed to go for cleaning for some time and I guess this is now.  I hope it won’t be away too long but there is only one Canon repair facility in Canada which is in Mississauga, Ontario.
We have played eight games of SkipBo in the past few days and Aileen has won six of them.   On Wednesday, we drove down to Victoria for Aileen to see a new doctor regarding her back spasms.  The doctor seems to agree that they are MS related.  We picked up our friend, Bev D, then went for a drive around admiring the flowers before having lunch at Sante`s Gluten Free Restaurant which is 100% gluten free and the food was tasty, too.  We stopped and visited our son, Richard, Robin and Georgia for an hour.   Of course, when we headed out of town at 5 pm, it was just as R&R predicted with stop and traffic.  We stopped at the Pioneer House Restaurant south of Duncan for supper.  My fish and chips were so-so but Aileen’s prime rib off the gluten free menu was very good she said.
We are participating in a group Easter Sunday meal here and Aileen will be cooking a turkey in our portable electric roaster.  Richard and Georgia are coming up Saturday and leaving early Monday.  I think this will be our first Easter with Georgia and there will be an Easter egg hunt here on Sunday. 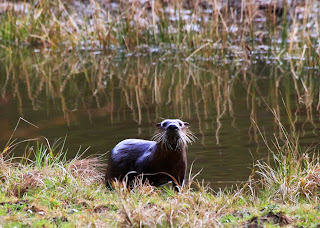 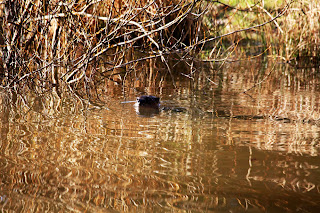 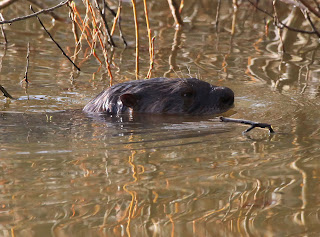 A tight crop of the otter 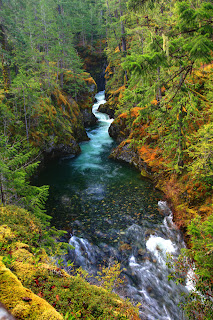 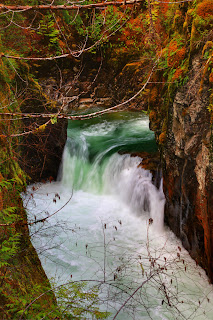 One of many falls 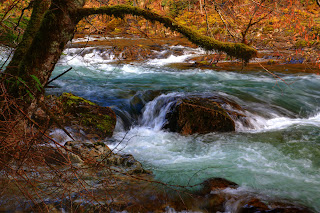 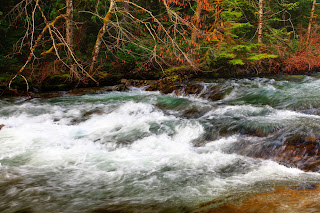 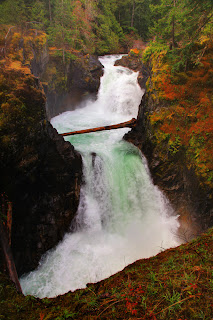 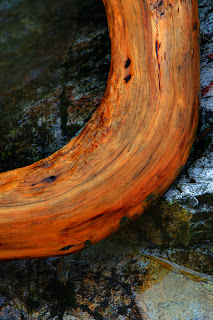 Section of a Red Cedar tree that was in the river 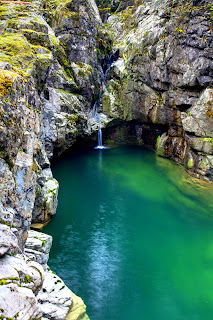 Just a little water in an overflow channel 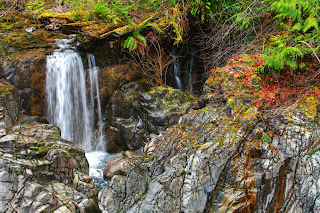 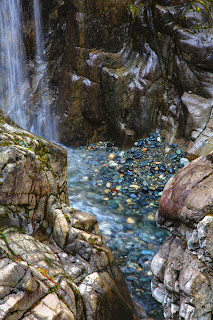 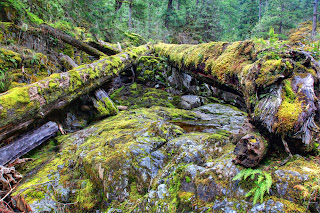 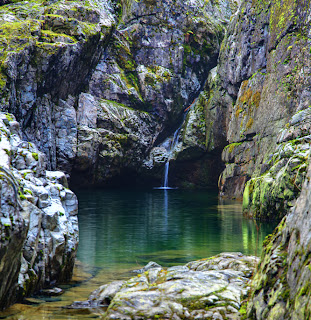 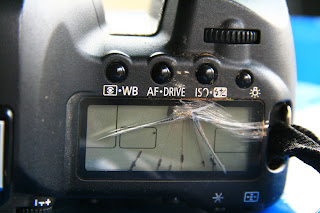 The damaged part on my main camera - the top LCD panel

Posted by John and Aileen on the road at 4:06 PM