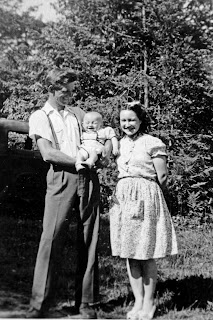 My parents and me 62 years ago 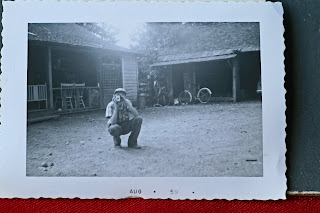 Me with my first camera nearly 50 years ago 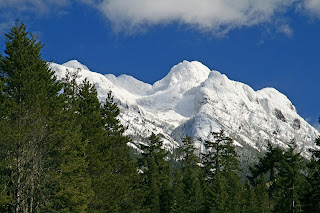 Mt Arrowsmith between Port Alberni and Parksville. The snow accumulation is only 55% of normal this year.----------------------------------------------------------------------------------------------------
My, how time flies. It’s already five days since my last post. On Wednesday, Aileen and I went to Port Alberni. Sheila met us over there and she and Aileen met with one of Sheila’s friends discussing health issues. I visited my Dad’s cousin Diane and Stan Acton all too briefly. Diane was able to give me a lead to follow on the rumour I’d heard about a Herd family reunion. It only took me two phone calls to get to the person organizing things. He got back to me yesterday so I am now tasked with contacting everyone on my family’s limb of the tree. I have sent out a whack of emails and made several phone calls so now I have to wait for some replies. There are six other limbs on this particular family tree so we could have quite a turnout if people participate.
Yesterday morning Aileen took the laundry to the laundromat Qualicum while I copied a bunch of old family photos. We went and saw my parents later in the morning in the care facility then did some grocery shopping. In the afternoon we went to our friends the Jessop’s, in Cumberland for a nice visit and supper. This had been arranged when we visited them a couple weeks ago. Their son Matthew was Richard’s friend years ago in elementary school in Chase and Matt used to go on camping/fishing trips with us. Our families used to get together for supper several times a year then they moved to Prince Rupert and we only saw them once until they moved to Cumberland 4-5 years ago. It’s great getting to know them again.
This morning we went to a Wellness Fair in Parksville which was quite interesting. There were lots of informative displays and booths. We had our blood pressure taken and Aileen answered some medical questions while waiting. At another, Aileen was interviewed on her thoughts on compassion in the community and they taped two of her stories for possible use in future presentations. The organization runs a group home for mentally ill people and this is a subject dear to Aileen’s heart.
This afternoon we went to the service for Aileen’s brother in law John’s mother. John and Anne had all their kids and grandkids present so it was nice to see them all. Later, my nephew Logan was kind enough to have a look at our trailer batteries and do some serious testing. One or two may need to be replaced. One is on the charger then we’ll do some more testing.

Posted by John and Aileen on the road at 9:08 PM