We left home on Sunday June 12 after returning from the ATV weekend campout.  We dropped off the ATV and hooked up the car, had showers and did a load of laundry before hitting the road.  After a quick stop in Oliver to use the sani dump, we were finally heading out on the long awaited trip.  We made it a little ways past Greenwood, BC then pulled off on to the Phoenix Mine Road where we found a suitable spot to dry camp.  I guess dry camp doesn’t really apply since it poured rain overnight and the next morning.  That was our theme for the next two days.  We had the windshield wipers going nearly the whole time until we arrived at Jasper.  We spent our second night at the Lake Louise overflow campground as the main campground was full.

We had heard about the overflow parking campground at Jasper just beyond the Snaring Campground but it was closed still.  We then spent six nights at the Snaring site even though the sign restricted motorhomes to 27 feet and we are closer to 36.  I don’t know the reasoning behind the length restriction as we had no problems driving the roads or finding a large enough site.  I suspect they are pandering to the rental RVs but I don’t think it fair to try and force the larger machines into the main busy campground near town.  We certainly don’t require hookups and prefer to be in a quieter area.

We day tripped in the car for the next several days and covered most of the main park and some of the less used areas.  The flowers were pretty good and we lucked out with wildlife as you will see in future posts.  We left Jasper Tuesday June 21, which happened to be the day our AZ friends from Montana, Dave and Nancy, arrived.  If we had known we could have extended our stay in order to meet up with them.  However, neither of us knew what the other was doing.  I just happened to see a Facebook post from one of their party mentioning their names.

We broke our trip to Donnelly into two days and stayed Tuesday night in Whitecourt, AB.   We are currently parked in my Cousin Judith’s driveway in lovely downtown Donnelly.  Today is a rest day and I have been catching up the laundry with grocery shopping looming.  I will need to clean the car for visibility too as the rain we ran into got it pretty dirty while being dragged along behind the motorhome.   Many of the side roads are gravel or mud so a lot of mud gets tracked onto the highway which is then thrown up by the motorhome tires and oncoming vehicles. 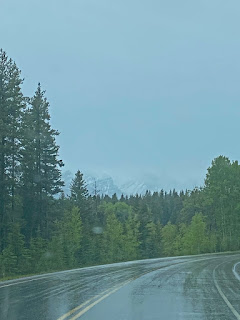 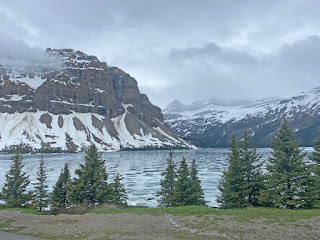 Bow Lake, this is usually one of the most beautiful and photographed spots along the Icefields Highway, but not this time! 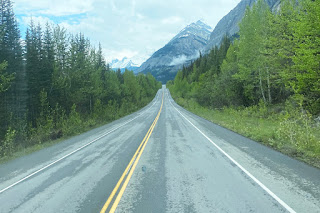 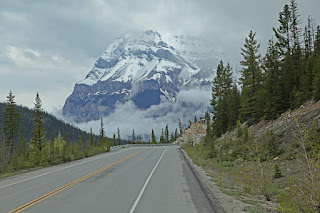 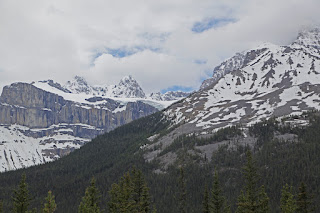 Along the Icefields Parkway 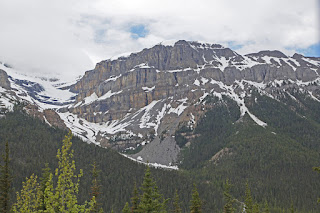 Still wintery along the Icefields Parkway 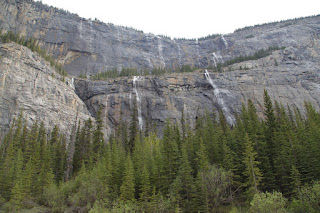 Rain and snow melt made for some nice waterfalls 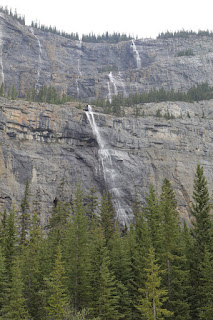 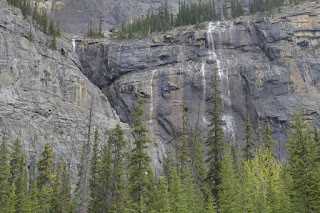 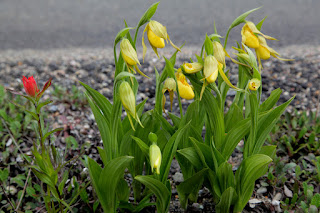 Indian Paintbrush and Yellow Ladyslippers on the edge of the pavement 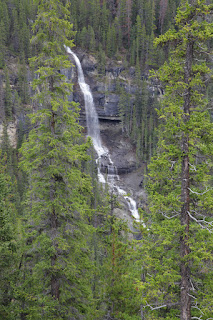 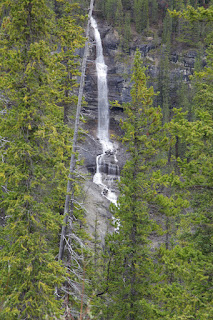 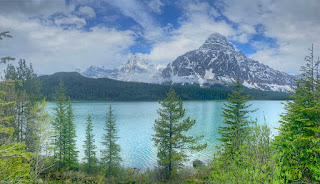 Waterfowl Lake along the Icefields Parkway 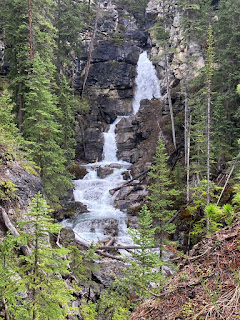 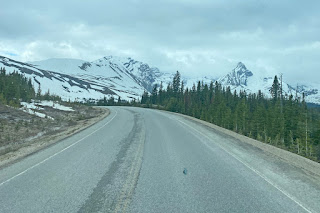 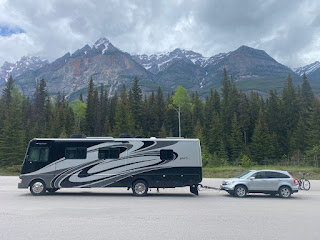 Our unit at the Goats and Valley view site 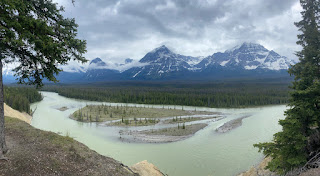 The view from the Goats and Valley view site
These flowers were hanging out from the viewing area.  The background is the murky river water.