Richard wanted to take a drive to the burnt out town of Lytton to speak with some people so I tagged along.  When he was filling up with gas in Ashcroft, a guy mentioned that they were expecting a major thunderstorm shortly.  As we started down Highway #1, the TransCanada Highway toward Vancouver, the storm became a reality.  While Richard and I did a quick drive through of the devastated town core of Lytton, I have decided to not post any photos of their heartbreak. 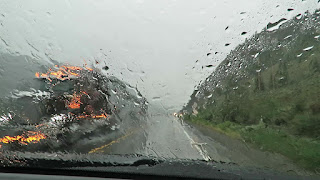 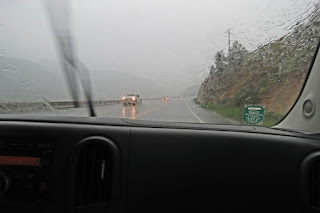 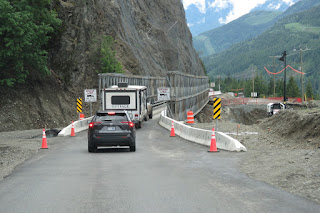 Last winter's mega storm is still being felt with lots of the major highway still in need of complete repairs. 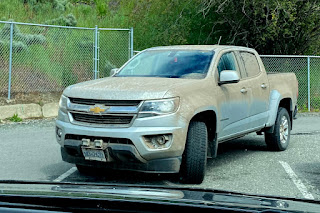 Before we ran into the rain, we had seen a car covered much worse than this with mud and wondered what on earth they had been doing to get that muddy. 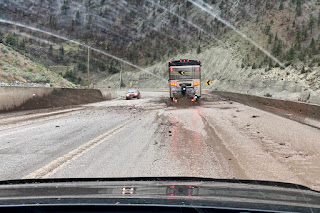 We suddenly found out as the storm had unleashed several mudflows onto the highway.  Some of the larger vehicles were sending waves of mud crashing over oncoming vehicles.  In some cases the mud covered vehicles had to pull over and scrape the mud off the windows for visibility. 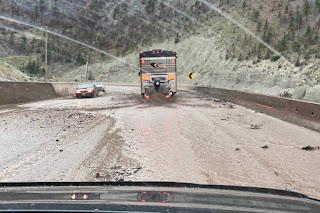 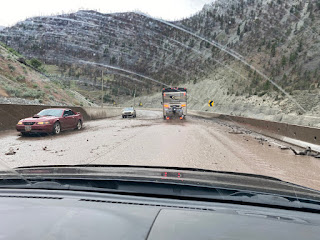 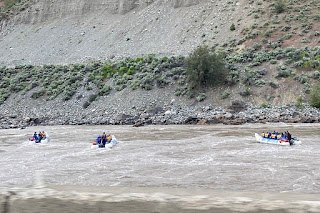 The muddy swollen Thompson River was still a draw for rafters. 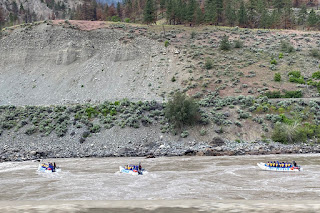 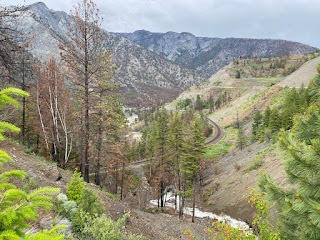 The highway is above the railway. 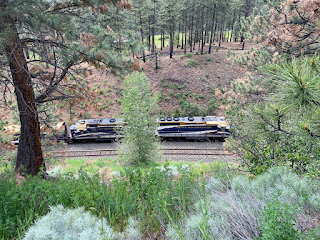 While Richard was speaking with his contacts in Lytton, I walked down the street.  I heard a train rumbling towards me so found a vantage point to watch it go by.  I was impressed when I saw it was the Rocky Mountaineer passenger train.  These are two or three day excursion trains that run between Vancouver and either Banff or Jasper National Parks.  The trains only run during the day with passengers staying in hotels overnight.  It is listed as one of the premier scenic train rides in the world. 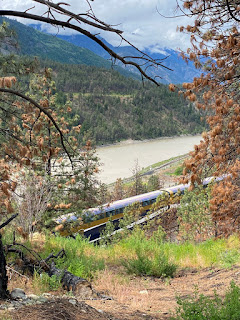 Some of the passenger cars.

Posted by John and Aileen on the road at 8:18 AM