We're a pair of wrecks right now, hunkered down waiting for things to get better.  Aileen picked up a nasty cold which has thrown her for a loop.  I was geocaching on my bike along the Kettle Valley Railway trail on Tuesday which was a gorgeous day.  I was having a great day until I went to step down from a large rock to a fairly large rock and the lower rock dislodged taking the top rock with it.  My feet went out from under me very quickly and I landed flat on my back on the upper rock.  Fortunately it was a flat surface but it still hurt.  Then I had to hop on my bike and ride about 2 kms back to the car. Pretty sure nothing broken but some nice bruising is showing up and still painful when twisting.  I had some scrapes on my arms and legs also but they were nothing much.
The motor home goes in for a service on Monday and later in the week we are taking the car up to Salmon Arm for a day or two to have an early Thanksgiving with Bev and Kevin.
Somewhere about October 15 we will cross the border and head south. 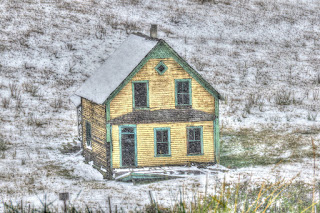 These first three are up on the Anarchist Mtn. section of Hwy 3 where it was snowing on my way home from Spokane last Saturday 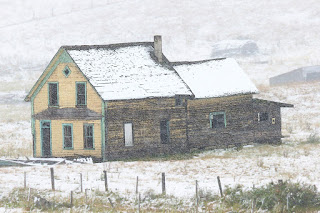 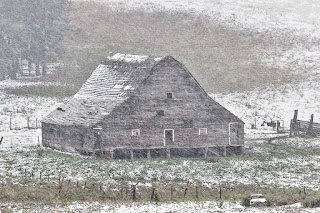 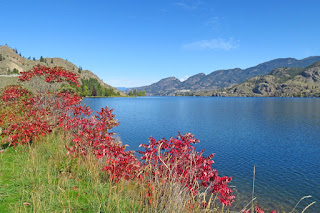 Skaha Lake just up the KVR trail from Okanagan Falls 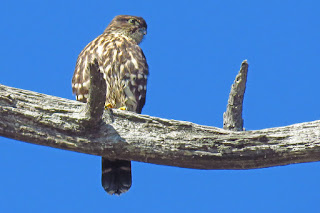 A Merlin, I believe. 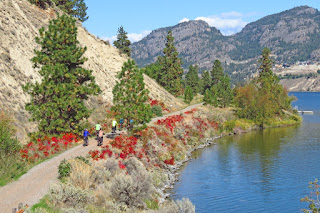 There were lots of cyclists and walkers along the KVR trail 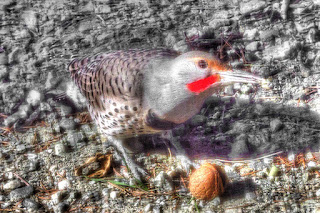 A Flicker with a walnut through the motor home window

Posted by John and Aileen on the road at 1:40 PM