WE HAD A NICE QUIET CHRISTMAS

I've been taking a bit of a break from riding the past few days although I have been asked to guide a family group tomorrow who have rented three four seat RZRs.  They are family members of a friend of a friend.  I will attempt to give them a ride hitting some of our best areas so they take some fond memories home with them.  I tend not to ride at this time because a lot of city riders are out in our area and they generally ride way faster and are less courteous.  I'm hoping that since the rain has laid the dust, it may not be as bad.
On Saturday, we joined Ken and Marie and Richard and Judy for lunch at Mt Athos, the nice Greek restaurant in Florence.  We had a great time chatting and the food was good, too. We had Christmas turkey lunch with Ken and Marie yesterday and the weather co-operated enough that we were able to eat outside then play a game of hand and foot outside later.  Ken and I made a valiant effort but Aileen and Marie still beat us. 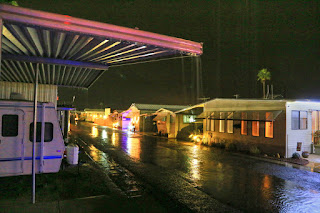 On Christmas night, we had .31 inch of rain in a short time.  An hour after this we went to the hot tub and pool and sat there looking at the stars. 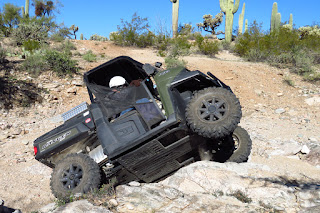 Friend Rich got a little too much air.  There was a large rock on the other side that prevented him from tipping all the way, but he did damage his left tail light! 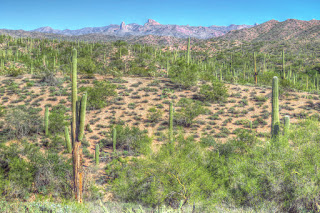 Along one of our trails 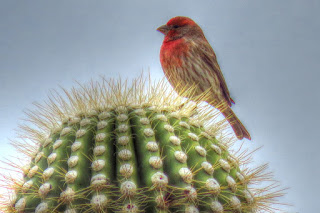 House Finch on a saguaro out in the desert 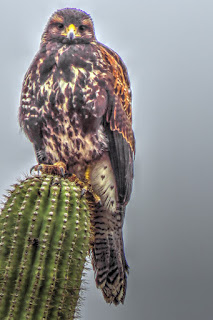 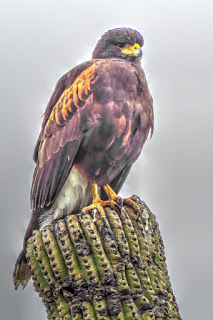 And a mature Harris's Hawk 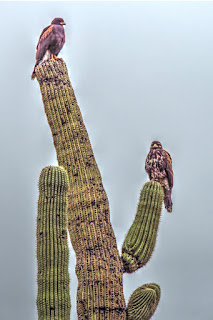 The two of them 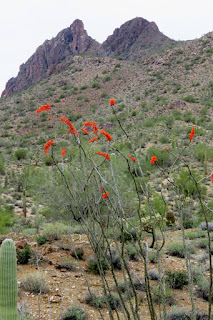 Ocotillo blooming with Mineral Mtn in the background 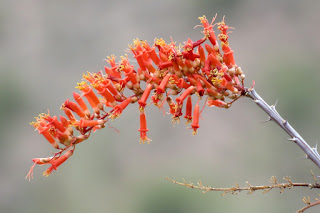 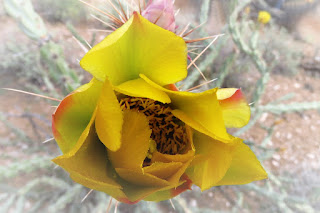 Another Staghorn Cholla blooming out of season 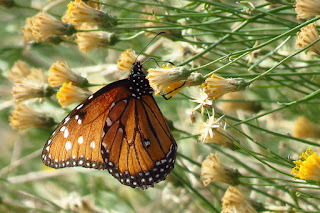 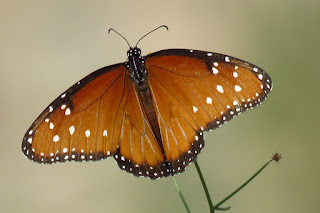 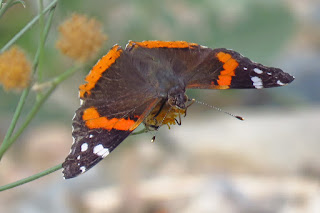 This Red Admiral was in among the Queen Butterflies.  We read that the Red Admiral isn't very common in the Sonoran Desert which is where we are.  I guess we were fortunate to see one. 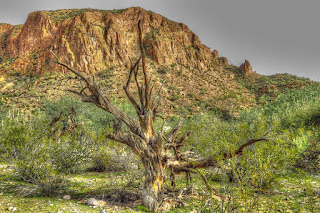 A couple of Mesquite snags below Box Canyon 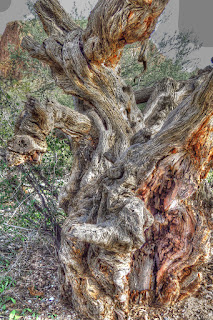 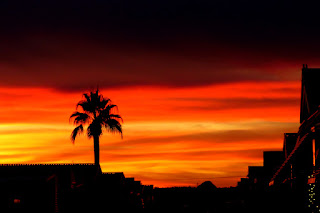 Sunset down Ocotillo, our street,  from in front of the motor home the other evening 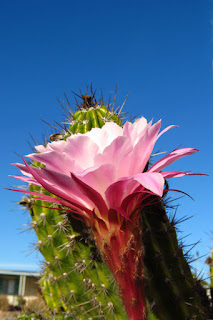 Cactus blooming in Florence Gardens in the sunshine 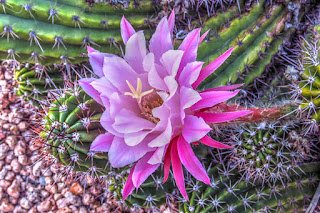 Same cactus plant when I came back on a cloudy day 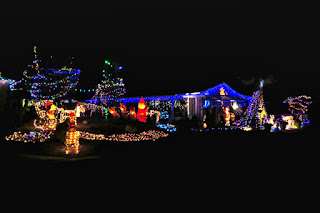 As usual, Florence Gardens residents put on some nice lights

Posted by John and Aileen on the road at 7:08 PM