Quite some time since I last posted.  It seems like every time I plan to put out a blog post, something pops up and off I go on another tangent.  I’ve been out three days every week lately except for over the holidays and even then I got out a few times.  We have Escapees RV Club friends Al and Laurie from Keremeos, BC visiting the area for this week and staying a few miles down the road.  I took them out on the club ride Monday and I think they had a good time.  Laurie is the photographer in the family so she rode with me while Al and the two rat terriers, Waylon and Willie, rode with Richard J.  I even managed to find them a sheep, first one I’ve seen in a month.  We took them to the Boyce-Thompson Arboretum today and spent several hours wandering around there.  We took the long way home going south from Superior past the huge Ray mine then via the Florence-Kelvin Hwy.  It was freshly graded so very nice driving.  We had a couple of showers along the way.  Since they used to be horse people, we took them by the wild horse/burro corrals in Florence.


On Tuesday, Escapees friends, Dan and Bev, who are from Victoria, BC but wintering in Mesa, joined us and Al and Laurie for lunch at Mt, Athos Restaurant in Florence for a nice lunch.  We came back to our place to continue visiting until late afternoon.  We were able to sit out in the sunshine for a change.  Our weather has been all over the place this winter.  We’ve had two electric heaters going much of the time and we’ve had three good rainfalls in the past little while.  .31, .52 and .75 of an inch so the desert is really starting to green up.  I hope it translates into some nice flower blooms before we have to head north.
I may or may not post another blog before we leave next Wednesday.  We are heading to Quartzsite but don't know what we'll run into over there.  Apparently with the government shutdown, the long term visitor areas are closed to new arrivals.  That may put so much pressure on the two week free areas that it will just too crowded for us.  If that is the case then we'll be looking for somewhere else to spend some time away.  We plan to be anywhere from two to four weeks away and probably won't have much for internet as I decided to try going without this time.  Aileen will be able to check emails on her phone but not on my little cheap phone. 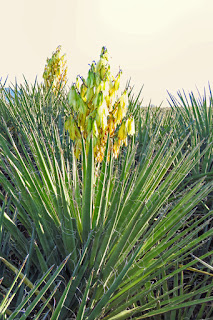 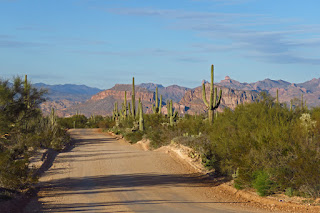 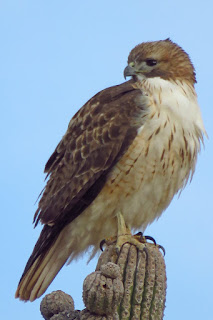 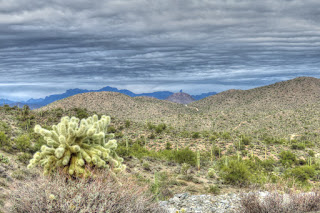 On a ride the other day.  Almost made it home before the rain, but not quite. 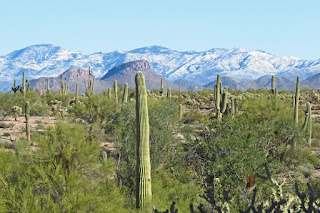 We had a close call for snow a while ago.  It was down to the bottom of most of the mountains around us.  This is about three days later. 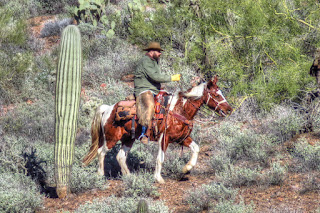 We got to see this horseman going cross country last Thursday while we were out riding. 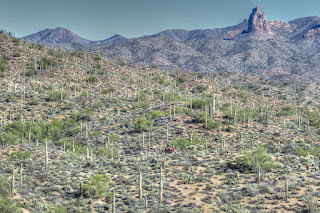 Can you spot the horseman?  Click on the photo to enlarge. 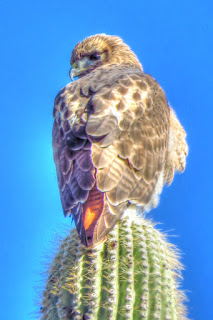 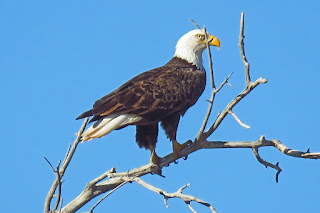 In ten years, this is the first Bald Eagle I have seen here in Florence, AZ.  I was heading into town for gas after a ride when I spotted it.  It was very skittish for some reason. 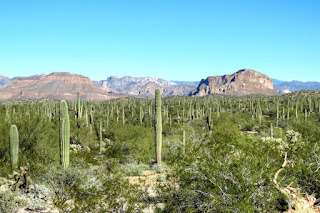 A few shots of our riding area 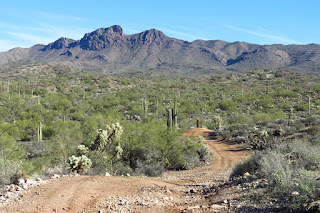 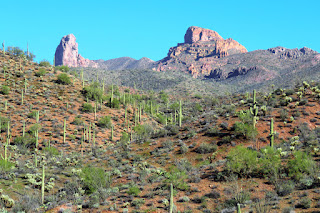 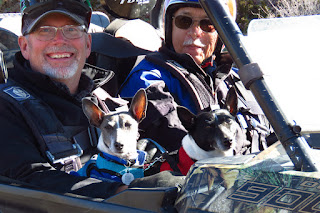 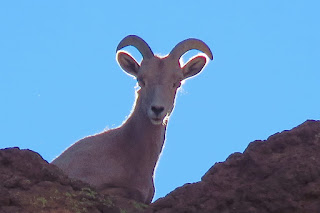 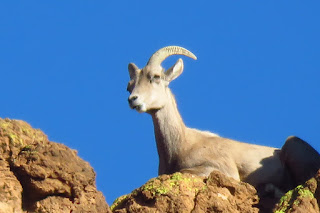 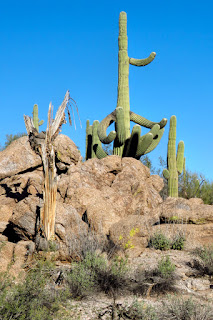 Life and death of Saguaros 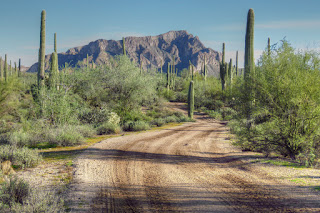 South Butte from one of our trails 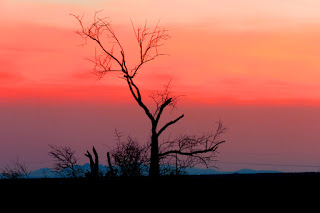 Aileen and I walked out behind our park the other night and caught some sunset images.  It was nearly dark when I took these two. 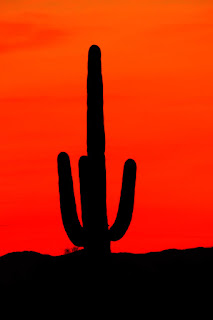 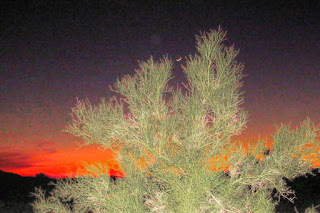 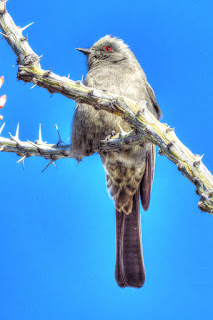