Since it was a cloudy morning, we drove up to Parker to check our emails and log some caches.

We’ve been enjoying some serious down time since leaving Caliente on January 16.  We had the motor home serviced in Coolidge that morning and when it was finished carried on to Gila Bend where we spent the night.  The next day we arrived at our chosen boondocking spot near Bouse.  We are at Mile 14 on Plomosa Rd and have no close neighbours.  There is usually very little traffic on the road from 10pm - 6am.  The only exception was last Saturday when we were awakened at 4 am to a herd of transport trucks going past.  Apparently the highway north of Quartzsite to Parker was closed due to an accident and all the traffic was re-routed on Plomosa Rd past us.  We are about 20 miles from Quartzsite and a little further from Parker.  We have the car with us if we need to go to either place.
We drove in to visit with Jacquie and Jim in Quartzsite the day we arrived and have been in a couple other times.  Shortly after our arrival, we both came down with colds which slowed us down for several days.  We went one day and walked around the big tent at the annual RV show and went to Quartzsite on Saturday to the annual bloggers get together.  Less people at bloggerfest this year, I think about 20 and all but 4 were Canadian.  I met Jim J Sunday and we spent three or four hours geocaching.  Aileen and I have taken the RZR on several rides and so far the trails have been very quiet.  That has been a nice surprise since there are many tens of thousands of people in the area this month.  In fact, the section of Plomosa Rd closest to Quartzsite, 0-3 mile, has been the busiest we’ve ever seen.  It was nearly wall to wall RVs everywhere you looked.  There seemed to be a lot of special interest groups camping together.
So far we aren’t feeling under privileged with not having onboard internet.  Aileen does have her             I-phone that she can check her email on.  I have taken my computer to McDonald’s in Quartzsite twice and once to a truck stop in Parker that had superfast internet.  I’m finding that I have more time for other things since I’m not spending the time online.  I am preparing this post in advance so that sometime in the next few days, when we get up to Parker again, I can upload it.  We’ve been doing lots of walking in the desert around us and have found some beautiful flowers that are coming along after the extra rain that the area has had this winter.  The best ones have been the little Desert Stars.  They are rather tiny and difficult to see as they grow very close to the ground and they mostly grow in gravelly soil so blend in well to their surroundings.  Most of them are smaller than a quarter and some are about the size of a dime.  There hasn’t been much in the way of bird life but the past couple days we’ve been seeing more.  A couple of rabbits and a coyote are about the only larger animals we’ve seen.  I expected we’d see some sheep but none so far.
We will probably stay in this spot until we have to go and dump our tanks then we may move over the hill closer to Quartzsite for our last few days.  Our plan is to remain in this area until around February 12th,   when we’ll head back to Caliente at Florence.  We’ll only have about five weeks then until it will be time to begin our trek north again. 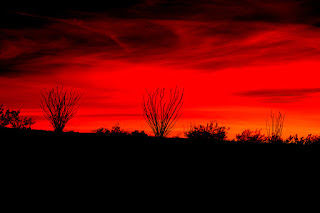 We have been out in the sunset most evenings 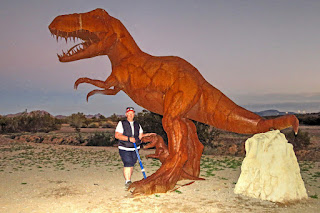 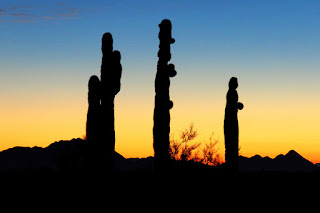 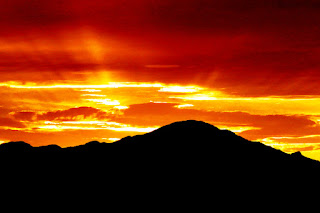 Taken from beside the motor home at our Plomosa Rd camp 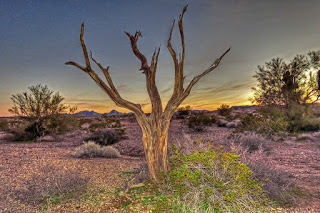 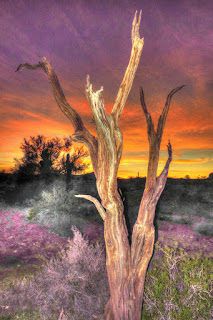 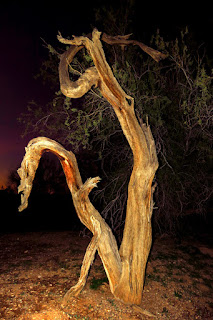 Some pretty neat shapes are picked up when using flash 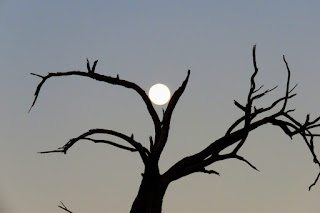 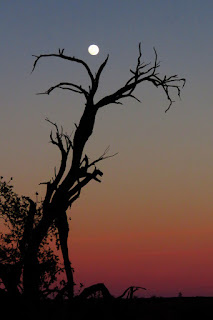 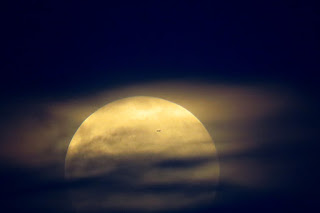 The night before the full moon while out walking.  I didn't notice until later the large airplane crossing the moon.  Click on the image to enlarge if you don't see the plane. 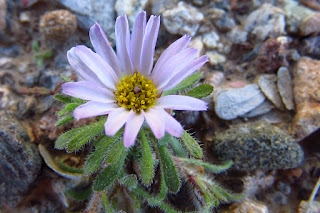 Desert Star, the flowers can be either white or light purple 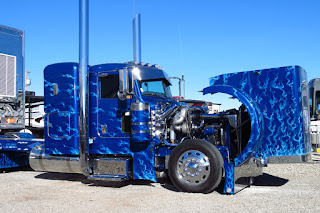 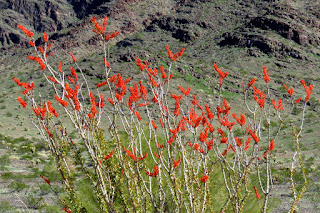 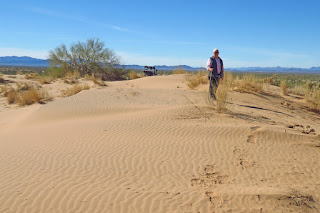 Aileen in the dunes north of Quartzsite 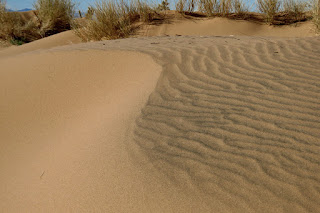 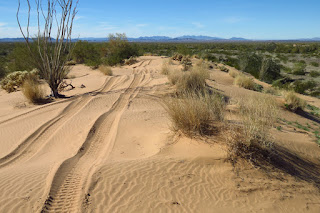 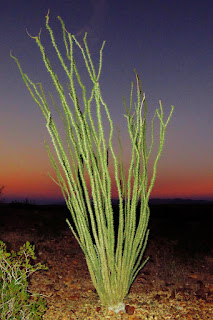 A leafed out Ocotillo 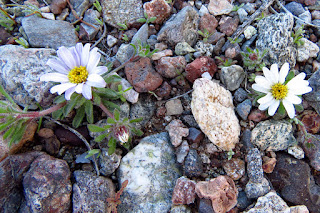 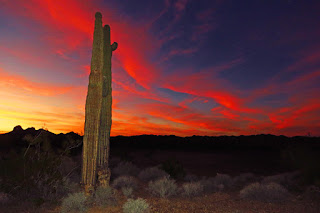 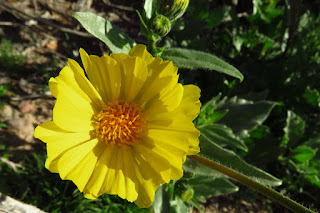 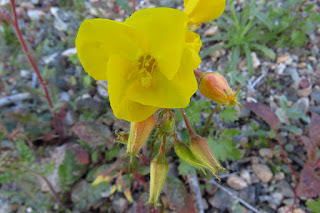 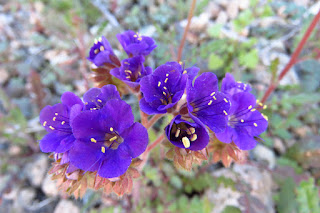 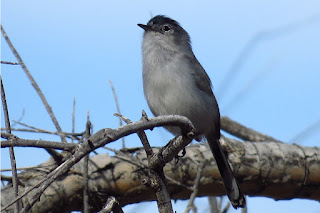 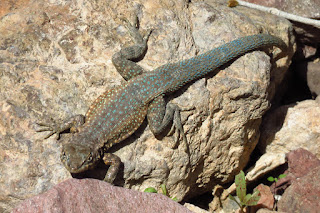 Male Side-blotched Lizard.  Not the blue specks on his back and tail. 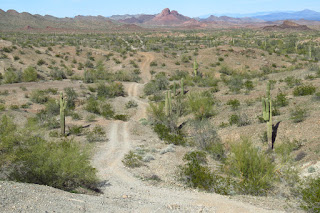 Some of the area out behind where we are parked