GETTING READY TO GO TO QUARTZSITE, AZ

We are finally getting some warmer weather.  The past two mornings have seen temperatures near 10C (50F) and I finally put shorts on this afternoon, the first time in many weeks.  Last year I wore shorts nearly all winter.   We've had quite a number of frosty mornings.
We had planned on heading over to Quartzsite this past Thursday but the club rides I am to lead over there got moved out a week so we didn't have to go quite yet.  The current plan is to depart Tuesday morning.  We hope to meet up with Jacquie and Jim over in Quartzsite although we haven't actually heard from them yet.  We do have a good idea of where they will be parked.
Aileen managed a really big win in one of our card games the other night with our Colorado friends.  I had thought I might have won but she got over 900 points in her last hand to blast by me by about 400 points.   Tomorrow we are having supper with four couples from Colorado.  Hopefully there will be a card game too. 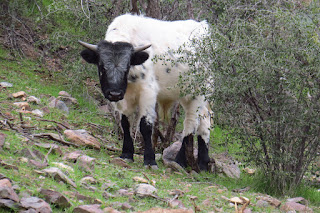 I liked the markings on this guy 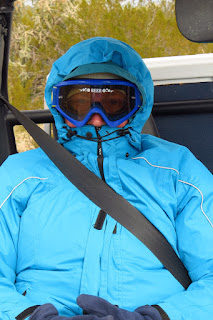 This is Aileen dressed for the cold weather we rode in last week.  Yesterday, she was down to a light shirt for the afternoon's ride home. 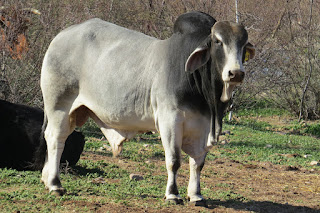 Spotted this handsome fellow on our Thursday ride 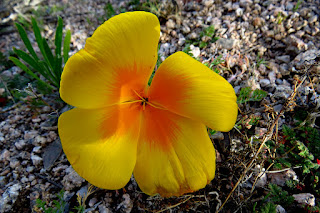 Aileen spotted our first poppy of the year yesterday 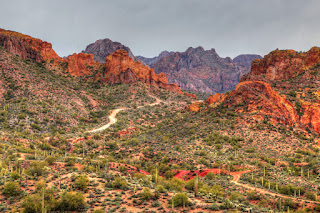 Looking up the Martinez Mine Rd, one of our trails. 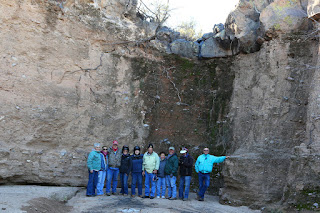 On Thursday we walked up to this dry waterfall.  I have seen photos of water cascading over here in the summer monsoons. 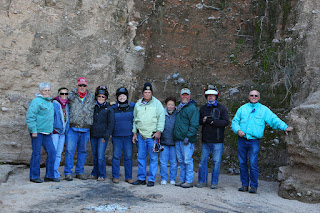 And a zoomed in shot.  That's me on the right.  I handed the camera to one of our guests on the Thursday ride and coached her through the process of getting these two shots. 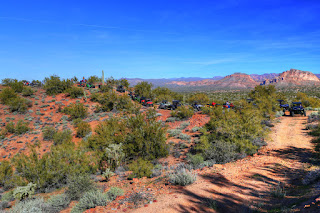 We had twenty five machines on our Thursday ride.  Since mine is behind the lens, there should be twenty four in the photo 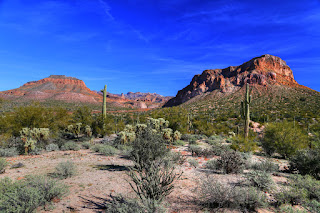 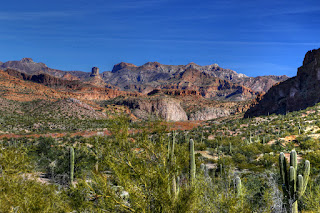 This is a zoomed in shot between the Buttes 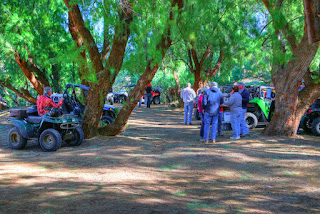 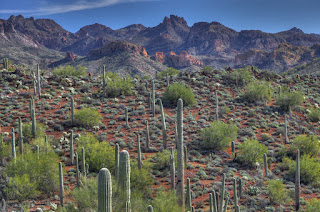 The next three were on yesterday's ride 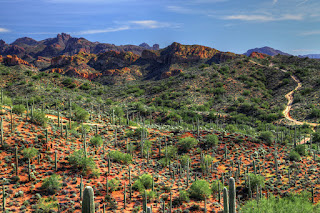 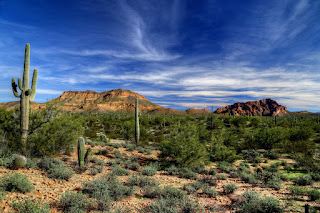 North and South Buttes from further north, on the road to Box Canyon 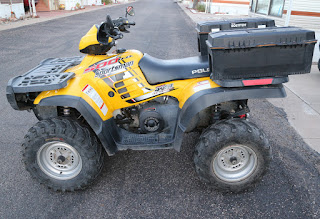 We bid farewell to Old Yeller this week.  It went to a new home in Casa Grande.  Surprisingly, I had three buyers lined up to give me my asking price which I had thought quite high given that it had 11, 160 miles on it.  I had put 7400 miles on it in the just over five years I owned it.  My shoulders have been bothering me so it usually hurt to drive the non power steering machine.

Posted by John and Aileen on the road at 7:53 PM