A RAINY WEEK FOR US

This was quite a week.  It started raining Monday morning and finally Friday night.  We received about two inches of rain which is quite a bit for here and the temperatures rarely made it above 10C (50F) all week.  In fact, we had a frost this morning.  While we are looking to have quite a bit of sunshine for the next week, the temperatures are forecast to peak at only 59F.  Many of you will be saying that sounds pretty good, but this is shaping up to be our coldest winter so far here in Arizona. Of course there was no ATV riding at all so it was a long week spent mostly inside.
We had friends Carol and Mitch over Wednesday evening and we taught them the card game 2500. Mitch won while I was a distant last.  Last night we played with Ken and Marie and Jim and Judy and I managed to finally squeak out a win in the second game.  Marie had won the first.
Aileen groomed Mitzy yesterday and while she was on a roll, clipped me as well.  Of course there was a lot more hair that came off Mitzy compared to me.
The sparrow pictures were taken today after lunch when I took Mitzy for her second walk in the desert out behind the park and the Thrasher was on my bike ride later this afternoon.
We had a couple stop by the motor home this morning.  They are from Parksville and saw that our car came from Nanaimo, which is nearby.  Don and Nancy are in a large Class B van and will be here a couple months.  When he mentioned playing in the odd music jam, I told him my sister did that too and it turned out he and Wendy had played at some jams together.  He is also good friends with our friends in the park here, Richard and Judy. 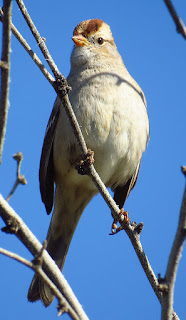 I believe this is a Chipping Sparrow 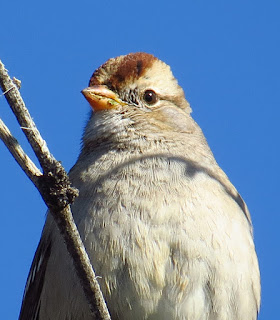 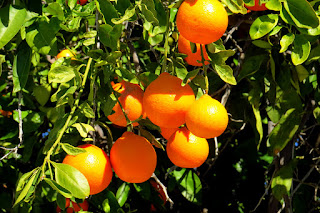 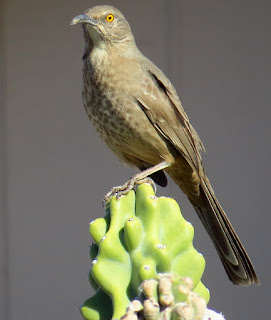 Another portrait of a Curved-Bill Thrasher.  This one was in the front yard of a home in Florence Gardens and as I was taking this photo, straddling my bike in the middle of the street, a couple ladies started nattering at me as to what I thought I was doing.  When I was finished, I showed them one of the images on the camera screen which mollified them and left them telling each other what a fine shot it was.  They didn't know I overheard that, though.  This was shot at the equivalent of 2950 mm.

Posted by John and Aileen on the road at 6:04 PM