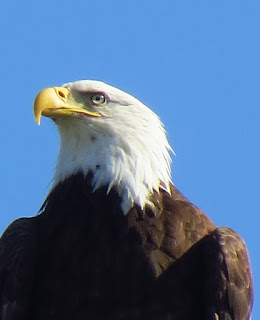 Last Saturday while on our way to Victoria, we stopped at a little park near Cowichan Bay to walk Mitzy and noticed this Bald Eagle watching us 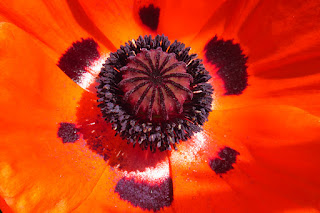 The last poppy in Neil and Carol's garden 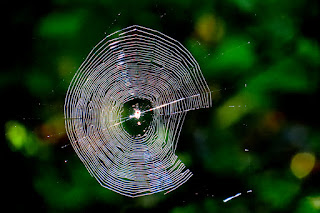 While walking Mitzy along a forest trail, the sun was in just the right spot to illuminate this spider web.  When I checked on my way home, I had great difficulty finding the web as the sun wasn't hitting it anymore. 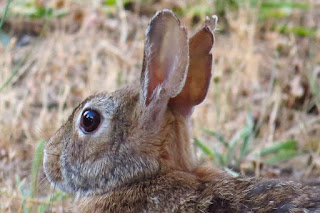 Lots of wild bunnies in the Duncan area 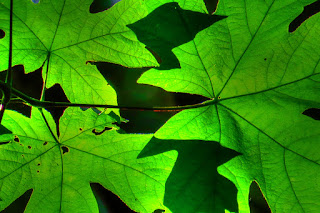 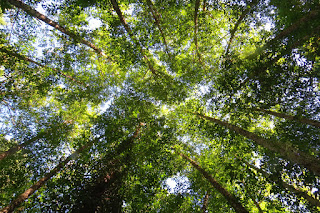 Looking up under the forest canopy 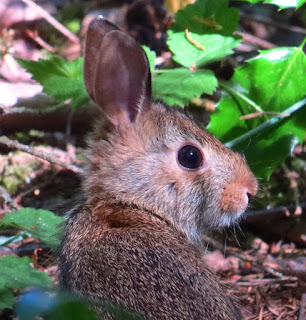 This wild bunny was at Royal Roads near Victoria 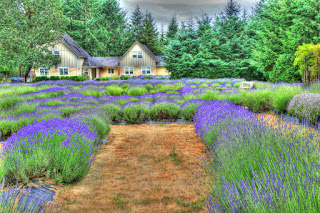 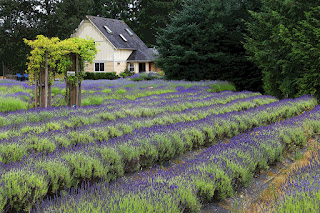 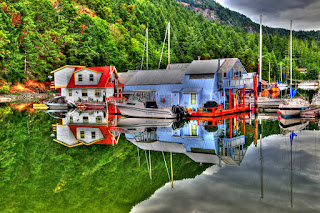 These two are some of the floathouses at Genoa Bay near Duncan, BC 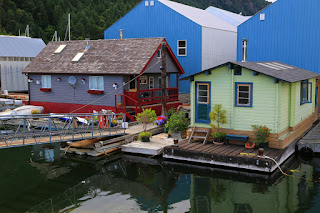 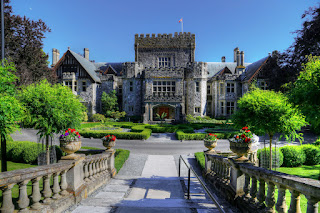 Hatley Castle, Royal Roads, Victoria.  This is now being used as a university. 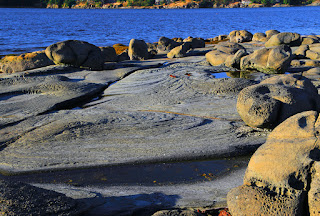 Aileen and I wandered along this stretch of ocean south of Parksville the other night.

Life keeps roaring along for us.  Our son bought a used Nissan Cube in Duncan so a week ago Saturday we drove down to Victoria and brought him and Georgia up to complete the deal.  They came and spent some time with us at the motor home before heading home in their new to them car. We go to see them again last Thursday as Richard had invited us to Georgia's end of school party that was held at a private residence.  It was interesting meeting Georgia's classmates and some of the parents, teachers and assistants.  There were only eight of them in the special class.  The hostess placed an amazing array of appetizers then great main dishes including chicken wings and pork ribs plus lots of other interesting items. An ice cream cake topped off the meal.  I think the ribs were the best I have ever eaten.
The one day we had planned to go out to the west coast at Port Renfrew, the weather forecast was 90% chance of rain so we scrubbed that.  We have been having very warm temperatures on the east coast of Vancouver Island as is the rest of BC.  With very little rain over the winter and spring and no snow pack, many areas are already facing severe water restrictions.
We moved the motor home back up to Charlie and Sheila's on Friday.  At least here Aileen can run the air conditioning as needed.  Our calendar is starting to fill again.  We are attending the local Celiac group barbeque this afternoon.  We are also intending to attend the next Escapees rally August 10-14 which will be only twenty minutes north of here.  Then there are a couple party's planned for July that we've been invited to.