BACK TO ARIZONA AGAIN

Our week in Alamo, NV went by quickly.   Getting out geocaching led me to some interesting places.  I did have a couple of part days doing the ET Highway caches but it quickly started to feel like work, getting ten caches every sixteen minutes.  I decided I much prefer the back roads and some of the ones you have to hike in to.   I really enjoyed one called Bucky’s Point that I did on Monday.  It was about one kilometer walking each way and the scenery was really neat.   Since it would appear most people come to this area to make large numbers of finds, nobody had visited this cache since November of 2011.


Today, we moved down the road and are spending two nights at North Ranch at Congress, AZ.  This is an Escapees RV Club park and I took the opportunity to join Escapees today.   I have been considering joining them for years and by doing so today saved half of our membership fee with two nights savings.  We are now within about three hours of our home base at Caliente in Florence, AZ so hopefully that will be an easy drive on Friday. 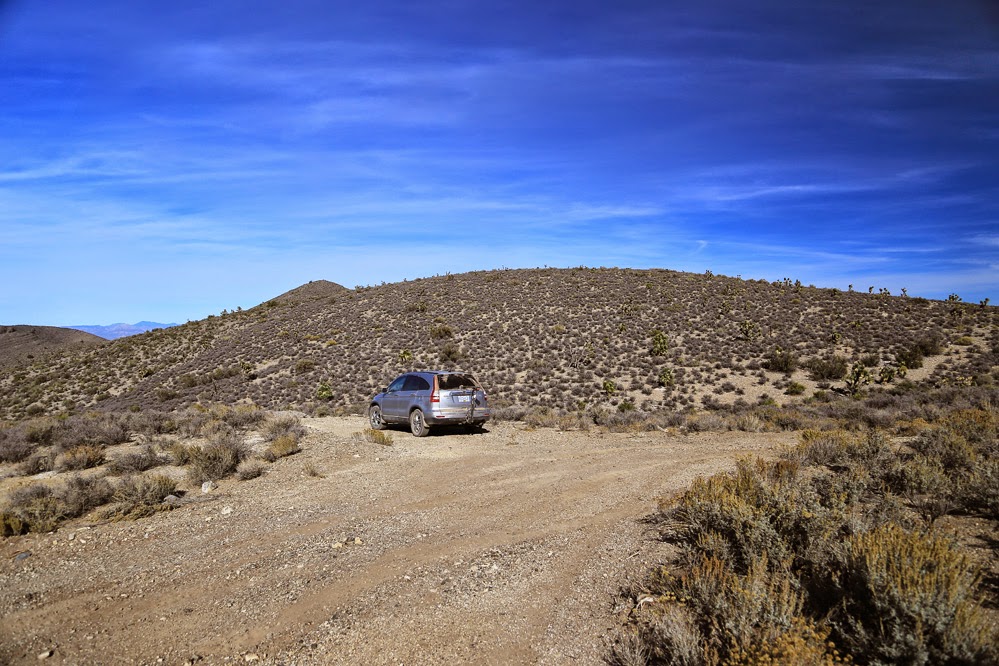 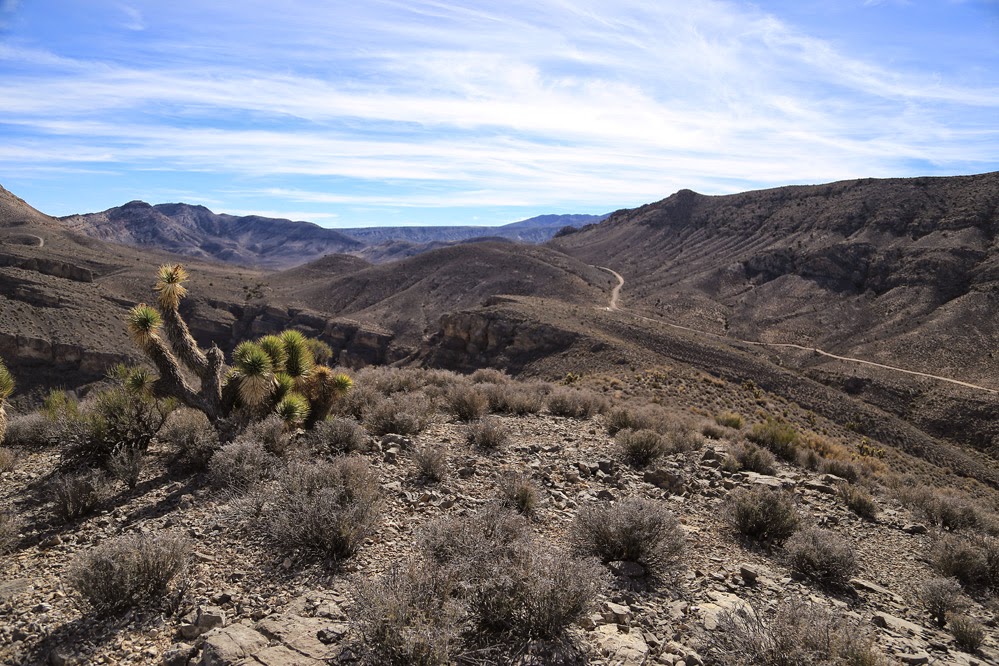 On top of the pointy hill looking back to the car that is that little bright spot at the bottom of the road.  You'll have to click on the picture to enlarge it enough to see, likely. 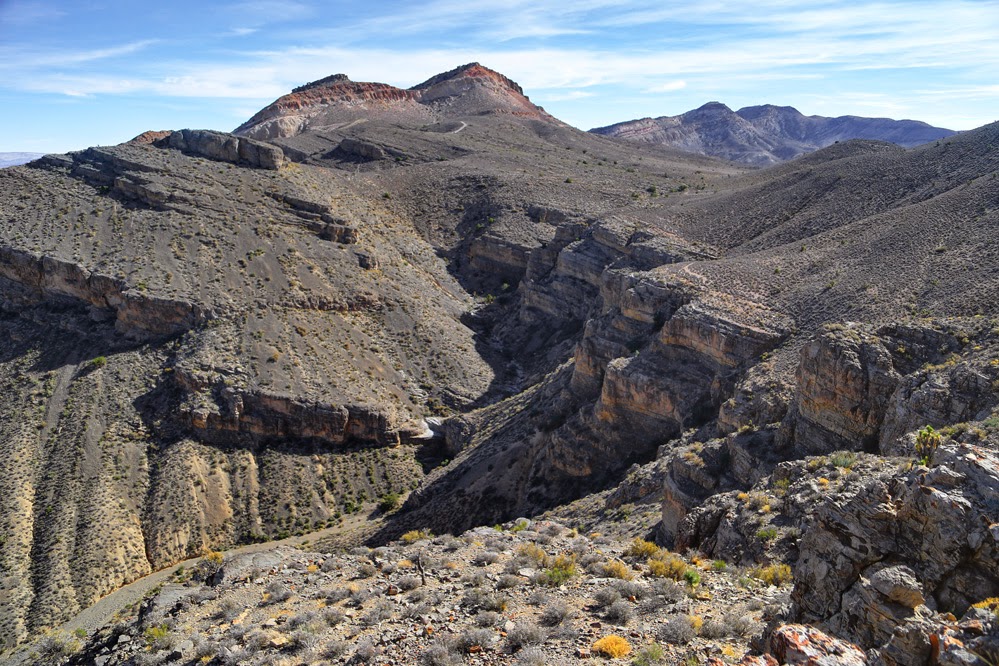 What I was walking alongside of, looking back 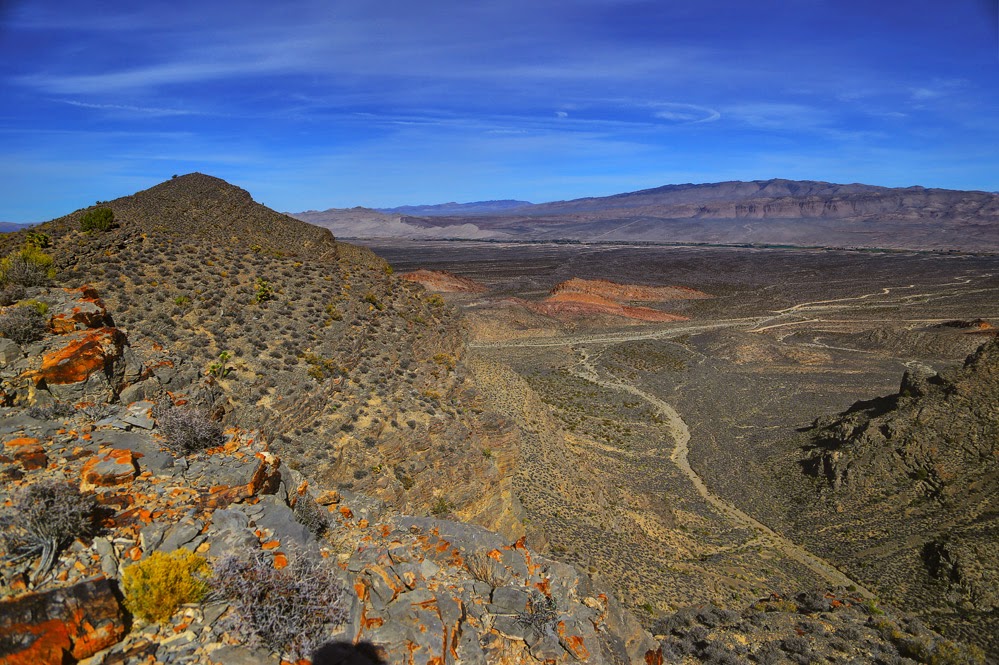 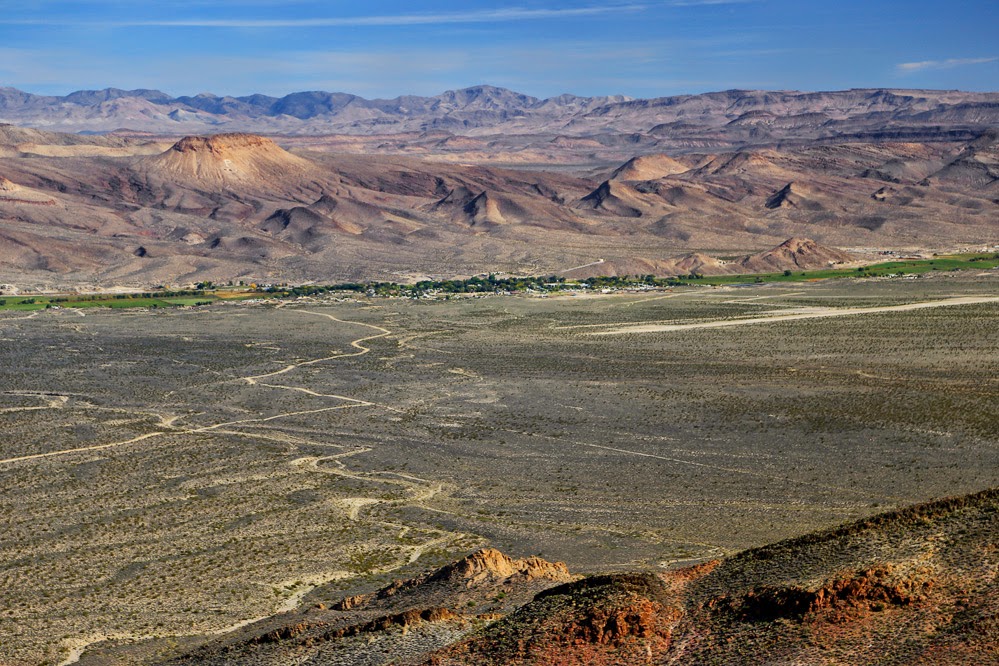 The little town of Alamo, NV from Bucky's Point 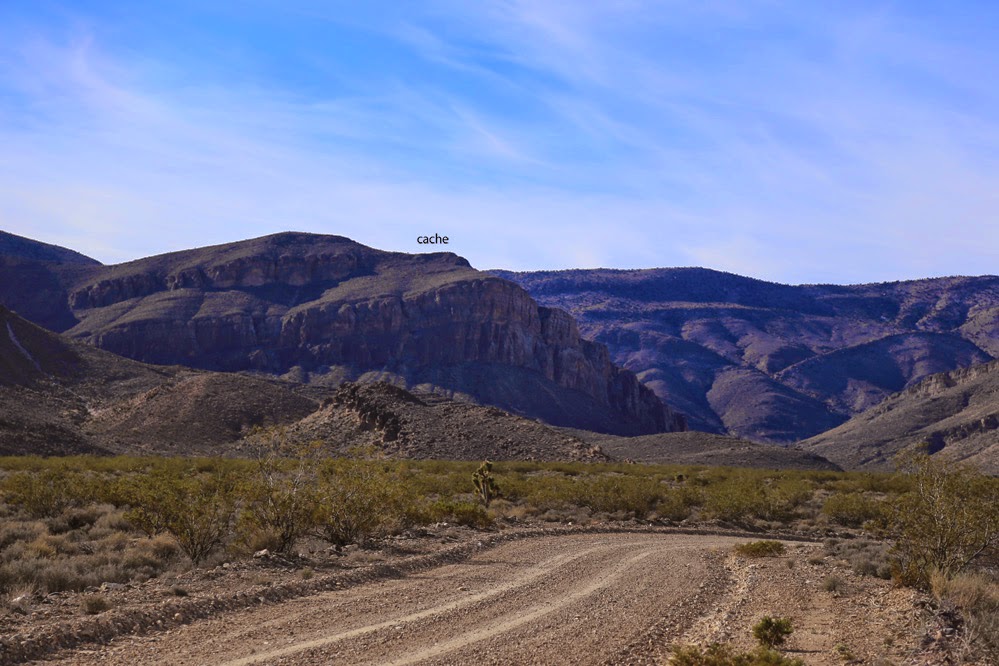 And from down in the valley looking back up to where I was.  That's Bucky's Point under the word cache.  The road went up the valley behind the cache then climbed way up the back side of the mountain.

Posted by John and Aileen on the road at 6:28 PM