I went riding both Thursday and today with a small group both days.  We only saw two other people the whole day on Thursday but today was a gong show out there with all kinds of different types of machines some of whom were roaring around.  That is the main reason our group is considering changing from Saturday rides to Mondays.  There are six brand new ATVs in the group so far this year.  I imagine more will pop up as the season progresses.
On Friday morning, we shook out the floor mats, put the slides in and raised the jacks.  I had Aileen drive ahead a couple feet so I could dig a hole for the back tires to settle in.  That way the front wheels aren’t raised off the ground like they were.  We needed to reset the jacks anyway as the crushed gravel under the jacks had settled so we had gone out of level. Later Friday I went to Casa Grande on several errands.  I even remembered to stop and renew my ATV insurance even though it wasn’t on my list.
Lots of our friends are arriving daily now.  I chatted with my sister Wendy and Randy this morning while waiting for the ATV group to get organized.  They had come over to some yard sales including a large including a large one in our clubhouse.
The temperatures continue to stay warmer than usual so Aileen is finding it pretty tough to be out in the daytime.  It does cool off okay for her in the evenings.  Showers are possible late next week with next Saturday’s high forecast at 65F.  The temperature has been hovering pretty close around 90F since we’ve arrived so the air conditioner is getting a good workout in the afternoons. 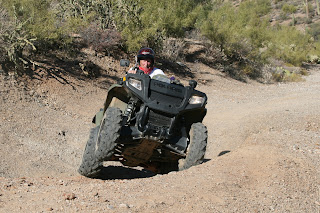 This spot was a little tricky on Thursday 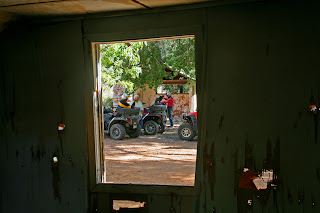 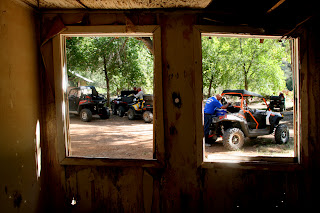 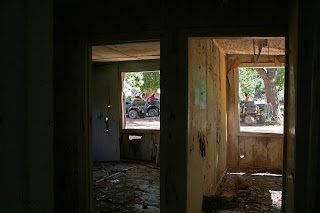 A few shots from inside the old house at Martinez Canyon 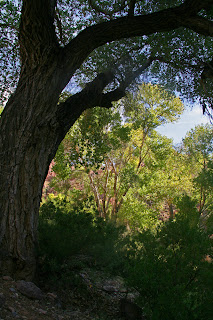 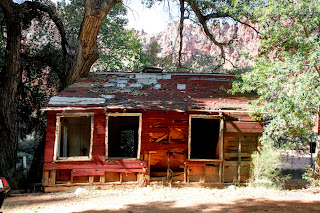 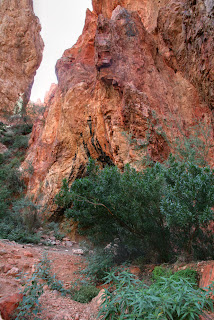 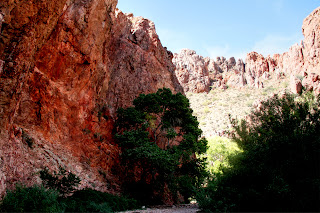 Posted by John and Aileen on the road at 7:52 PM