LIFE ON THE FARM

Well the young cow did have her calf and just like her older sister, she keeps losing the calf.  She will start grazing away and hours later, seems to have totally forgotten she is a mother with the attendant duties such as feeding and safeguarding.  This cow doesn’t even moo to try and call the calf and the calf just finds a low spot and puts its head down and remains invisible to us.  Yesterday when I was trying to find the calf to reunite them for feeding, I walked by within twenty feet of the calf and didn’t see it in the medium height grass.  On my second circuit of that field, from a distance, I caught a momentary glimpse of the white face but it quickly dropped its head again.  I was starting to think I’d just seen the cat or something til I get very close.  I ushered the calf over to the mother and there was a happy reunion and supper.
Aileen’s sister, Anne and John, came down from Port McNeill Friday evening in time for a late supper.   John and I found a few geocaches around here before it got too dark.  We did a couple more Saturday morning then we all went to Nanaimo for a cousin’s lunch.   Cousin in law, Bill from Campbell River, was there as were Cousin Pat and Irene from Victoria.  Aileen only met Pat about three years ago and this was Anne’s first time to meet him.   It was a chatty lunch and visit afterward.   Pat is 87 and still very active, golfing several times a week and driving everywhere.
Later in the afternoon, John and I took our ATVs for a ride up the mountain.   We found several geocaches in the process and rode the old road up to Rowbotham Lake.  It was boulder alley and quite overgrown so slow riding, but we made it.  It was quite distressing to see the mess some irresponsible off roaders have made at a couple spots along the lake.  We came home via the newer road which was nearly twice the distance but much faster.   Our wives had been to the Westhill Restaurant and bought us all takeout Chinese food for a really late supper.  Roong’s food is so good!
John and Anne headed homeward after breakfast yesterday.  John would like to have been home yesterday earlier as Willie Mitchell was showing off the Stanley Cup for a little while in Port McNeill.  John coached Willie in minor hockey in the early days and John’s son Dennis was on the same team as Willie when they won the provincial championship one year.
I took my brother Charlie’s place in the food concession at the local Coomb’s Fall Fair yesterday afternoon.  That was interesting taking orders and handing out food and drinks.  My knees and back were complaining after six hours on the cement floor, though.  Aileen had driven herself off to Duncan to church while I was there.
I gave the car a bath here this morning, but because the water leaves a white film on the car, I went to the car wash in town to rinse it off.   I needed to do a thorough cleaning on the car as there was tar and fly spots well adhered.   I gave it a dose of ProtectAll this afternoon and it looks pretty spiffy. 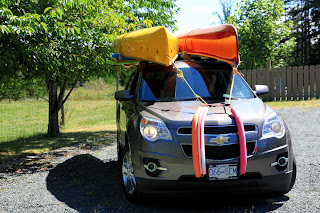 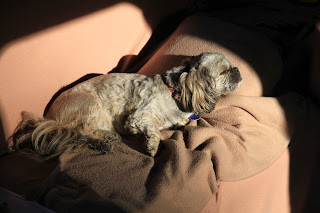 Mitzy found her place in the sun on the couch 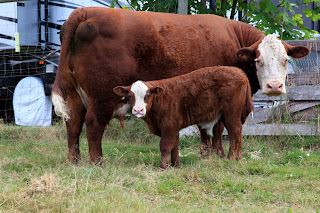 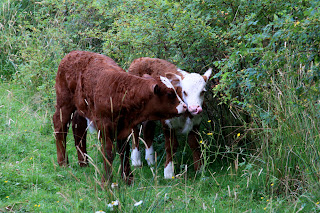 The two oldest calves. Are you picking your nose? 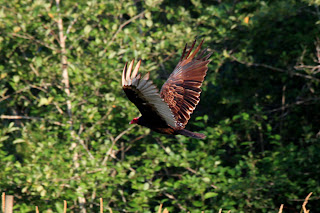 Several Turkey Vultures were around after the birth in the field 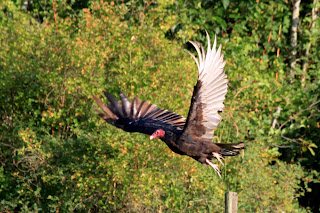 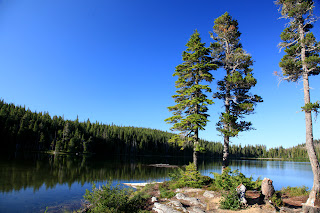 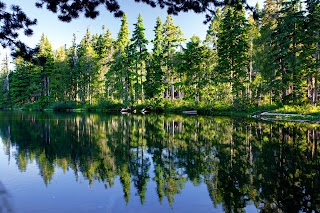 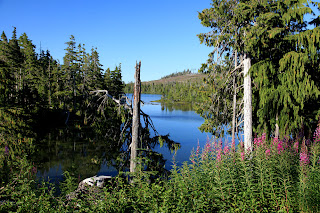 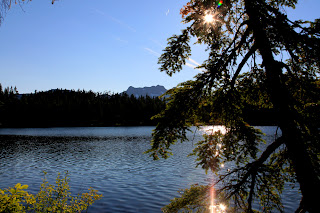 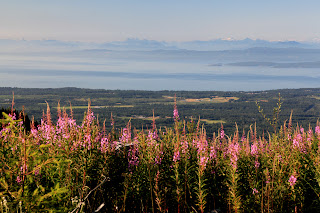 Posted by John and Aileen on the road at 4:50 PM