WE FIND SOME BIG CEDAR TREES

Don't forget to click on an image to enlarge it 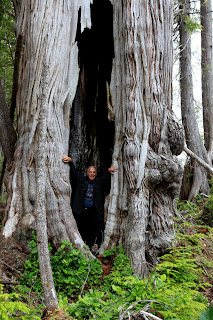 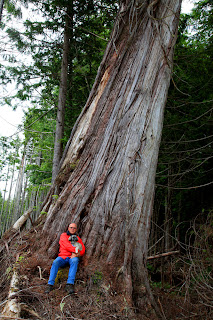 Mitzy and I at another old Western Red Cedar 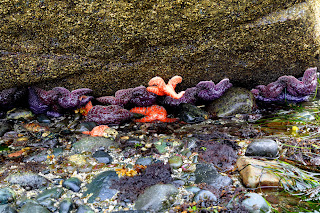 We found some starfish on the beach 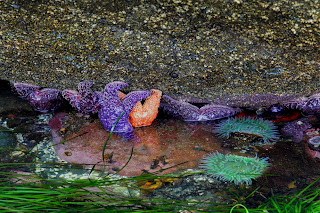 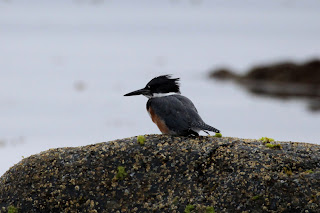 This Belted Kingfisher let me approach closer than usual 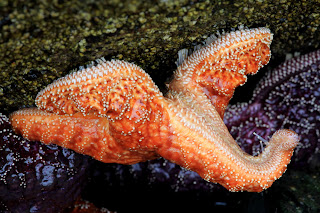 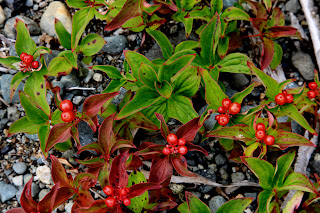 For those who remember my previous posts which highlighted the bunch berry flowers, here are the (bunch)berries which follow the flowers 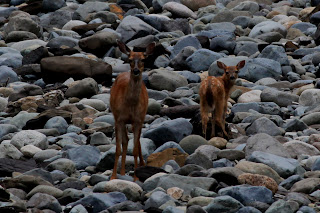 We saw this doe and fawn on a river bar 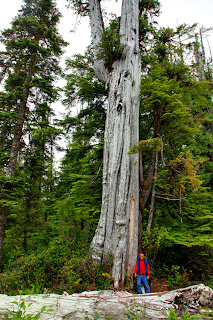 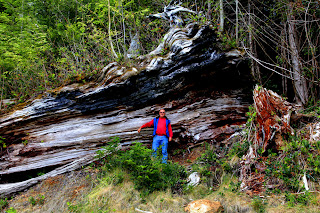 The trunk of a fallen cedar 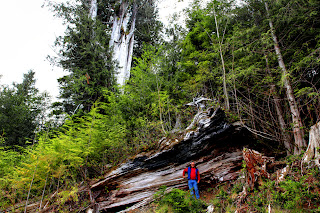 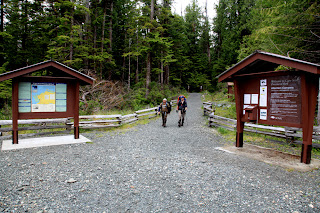 Our son Richard on the left with his friend David just as they completed their five day North Coast Trail hike.  The recently completed trail is quite difficult with lots of mud and many areas where you have to pull yourself up banks or over tree trunks with ropes.  The last 15-17 kms, which they completed on their last day to the parking lot terminus, is by far the easiest section but if you look closely, you will see they are muddy nearly to their knees 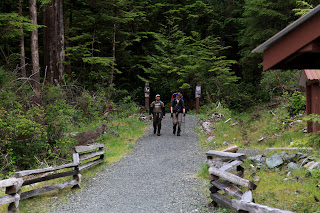 I had dropped them off in Port Hardy last Friday morning to catch the shuttle boat to the start of the trail and agreed to pick them up at the other end yesterday.  My brother in law John and I geocached our way over there (we did twelve caches!) arriving at 1:46.  Richard and David arrived at 2:08, I thought that was pretty good timing!