CAR SHOW AT THE COOMBS FAIRGROUNDS

I went to Nanaimo the other day for some groceries and was very surprised to see my old friends John and Alethea T from Penticton in one of the stores.  John and I were friends through the Okanagan Photo Association even though we were at opposite ends of the region.  They have relocated to Gabriola Island which is a short ferry ride from Nanaimo.  Aileen and I hope to get over for a visit this week.
The forecast rain didn't happen although the temperatures did moderate for a while.  The forecast calls for a return to higher temperatures most of this coming week.  Guess we'll stay put so Aileen can use the A/C.
Another of my brothers in law has taken up geocaching so he and I went out the other day to show him the ropes.  I rode my bike over to the Coombs Fairgrounds yesterday to take in the car show which turned out to be pretty good.  After that, I rode down to the Errington Farmers Market and listened to live music for a while.
I spent some time last night backing up my recent photos as my computer is starting to act up.  I visited the computer store the other day and now I'm trying to decide whether to stay with a laptop with a small screen or make the move to a mini tower with a 27 inch monitor.  I still need a laptop for portability and the tower would require power all the time.  The laptop can be charged during daylight with the solar then used for hours unplugged.  Decisions! 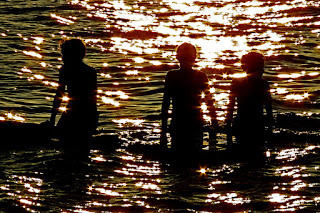 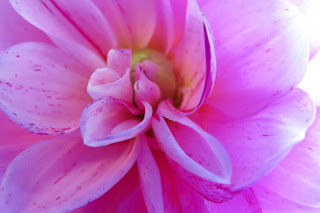 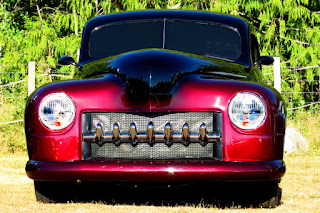 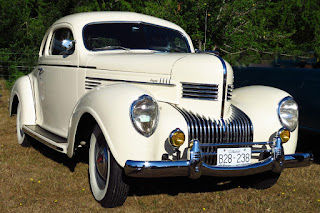 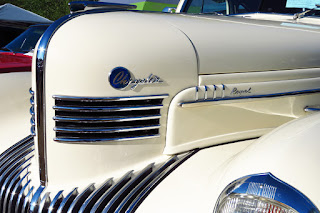 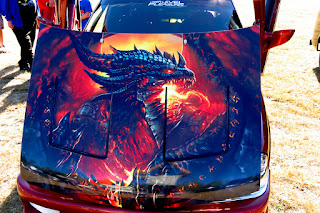 Tricked out Chevy S10 pickup, the whole back was speakers 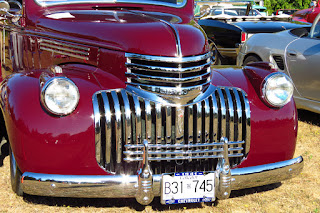 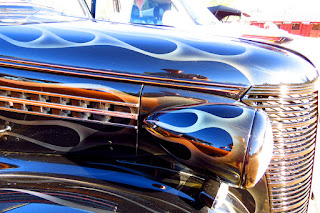 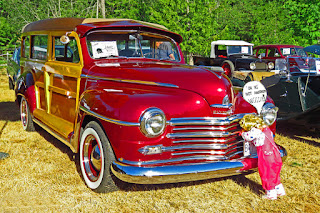 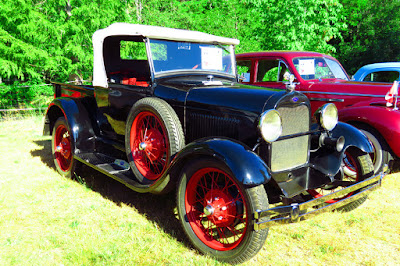 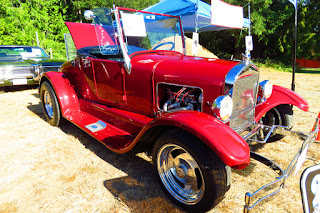 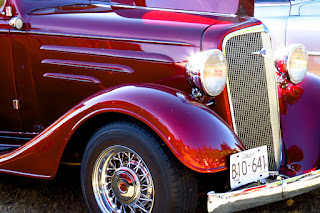 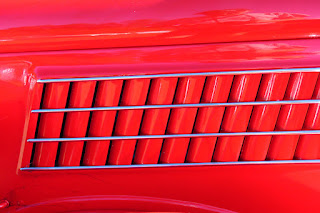 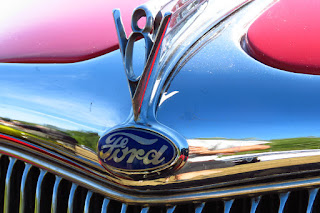 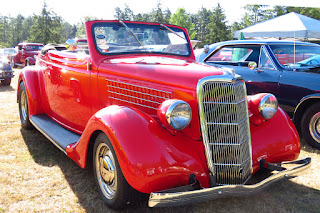 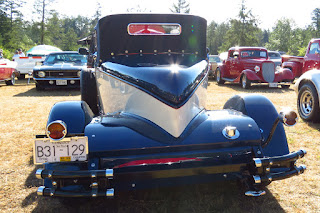 Three shots of an old Auburn 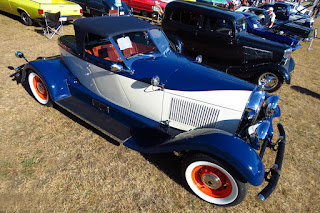 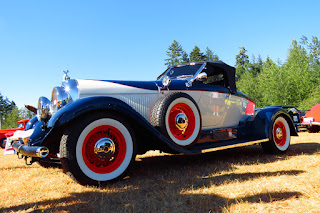 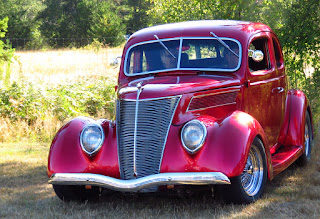 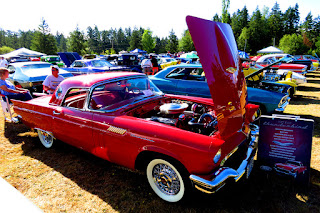 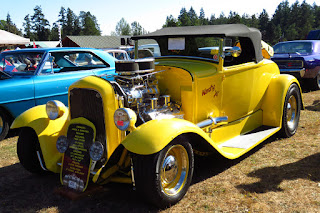 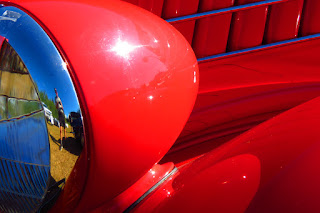 There's a picture of me in there 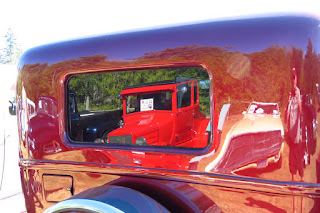 I'm in this photo too 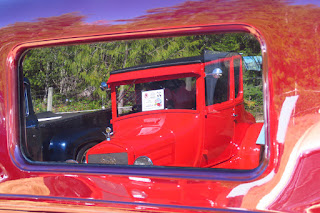 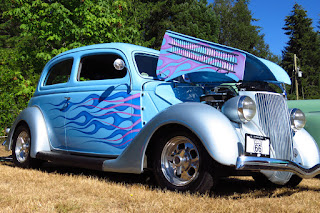 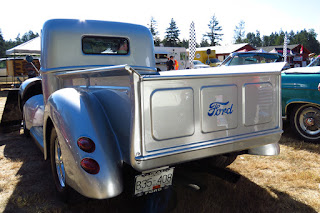 Posted by John and Aileen on the road at 1:27 PM