Aileen here.  John invited me to do a guest blog so after much deliberation decided to do this eulogy for Mitzy.
It is with a very heavy heart that I write this.  It is so hard to believe our little Mitzy is no longer with us.  She touched so many hearts in her 16 years-- from people such as our special granddaughter, Georgia, to the man in our park in Caliente (Florence AZ) who told us he did not like dogs.  “Keep that dog away from me!” Soon he was asking where she was, and if he had not seen her, was she okay, and why had we not brought her around to visit.  She had such a calming influence on Georgia and Georgia would do anything for Mitzy.  They had a very special bond.
Mitzy had a quiet way of worming her way into your heart.  She was a kind and gentle soul and loved everyone—kids, adults, cats included.  Only once did she ever meet a man she growled and snarled at and would not let near.  That was so out of character that I thought I had better pay attention as she knew better than I did.
The last year and a bit she had experienced a number of seizures.  Finally on Friday, August 17, 2018, she had a more complicated one and the most serious she had experienced.  That was about 8 a.m. when John was taking her for her morning stroll at Charlie and Sheila’s.  Her little body could no longer cope.  By 10:30 she was in severe distress and we stopped in at our vet in Courtenay on the way from Errington to Port McNeill.  There was nothing they could do.  She had congestive heart failure and despite their efforts there was only one thing to do.  She had suffered enough we were told.
We have so many happy memories of our little Mitzy and know that she is well now and can see again and is running about enjoying everyone she meets.   As her eyesight worsened she liked travelling even less.  She will be happy now to be done travelling!  Miss you little one! 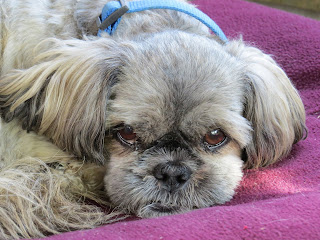 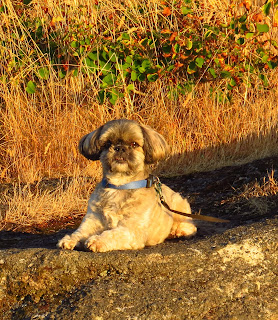 Watching me as I'm wandering the sea shore taking photos One of her favorite places to snooze, in the motor home driver's seat 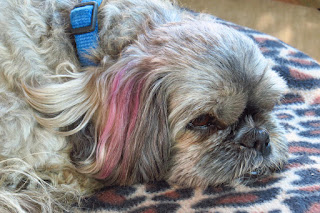 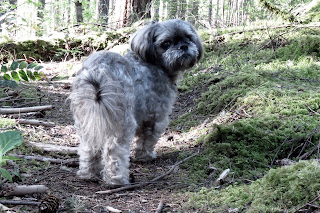 Come on, Dad, what's the holdup? 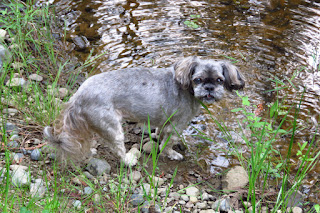 Mitzy loved to find drinking water along the way 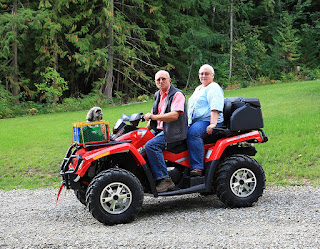 Mitzy thought it was great that we bought her an ATV 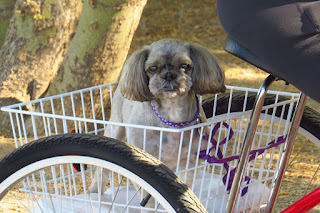 This past winter she enjoyed riding on the trike 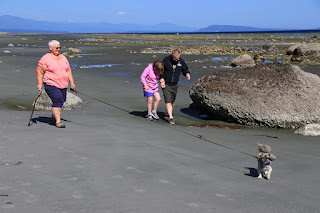 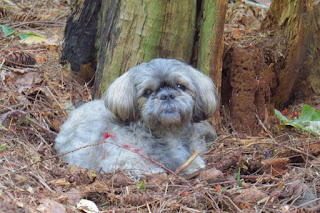 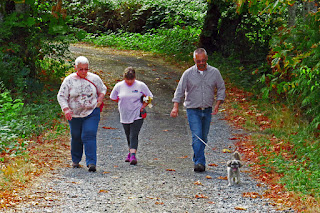 Do I want to go there? 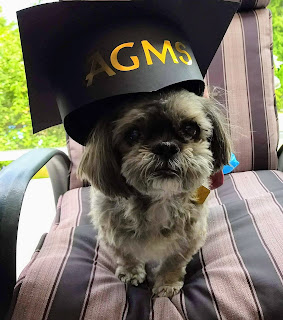 A highlight this year for Mitzy was to graduate with Georgia.  She was an honorary graduate from Arbutus Middle School.

Posted by John and Aileen on the road at 8:10 PM