We spent five nights at Cluxewe Resort near Port McNeill starting August 17.  We arrived in nice sunshine and there were two cruise ships going past.  Saturday morning we went to my cousin Donna’s in Port McNeill to watch the Orcafest parade.  My cousin Chris came down from Port Hardy also.  Wandering around the displays downtown later, I met brother in law John and nephew Mike.  Aileen had a short visit with her sister Anne when she went for a stroll among the displays.
The weather went downhill from there and we were inundated with forest fire smoke and fog.  No more cruise ships came by close enough to see.   On our last day there, it was 11C in the morning and the high was only 13C.  For you Fahrenheit people, that’s low to mid 50s.  I went geocaching for a few hours most days and travelled some interesting trails.  Another day, I took my camera down the beach away from people and sat down and waited for some shorebirds to come close enough to get some interesting shots.  I’d never done something like that before as normally I’m a grab shooter, not someone with much patience.
We moved down to Bill’s south of Campbell River on Wednesday and were joined by Richard and Georgia on Thursday.   The highlight of our time there was a day trip to Quadra Island on Sunday.  Richard and I picked up a few geocaches and Aileen and Georgia walked a couple of beach trails then we had our lunch at Rebecca Spit Park which is a beautiful spot.  After lunch, we hunted up and dropped in on my cousin Rob and Kathy.  Their daughter Caitlin and eight month old baby were visiting.  We had a good visit and caught up on their doings.  We had seen them at his mother’s funeral in the spring but it was too busy then for visiting.
We moved down to Charlie and Sheila’s yesterday for a few days.  Today we are off to Victoria for Aileen’s follow up appointment for her retina surgery.  We will meet Richard and Georgia for lunch before the appointment.  Our current plan is to move back up to Bill’s later in the week then we will be attending the RV rally all next week at Seal Bay in Courtenay. 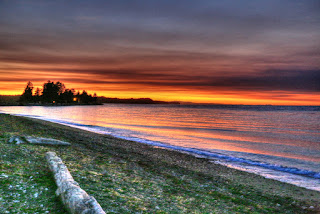 Smoke and fog made for interesting sunsets at Cluxewe 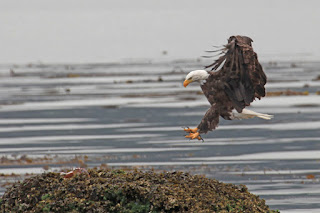 Bald Eagle landing on a rock 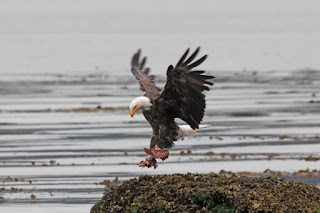 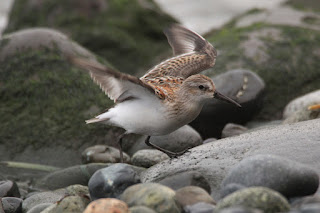 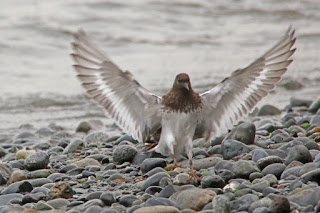 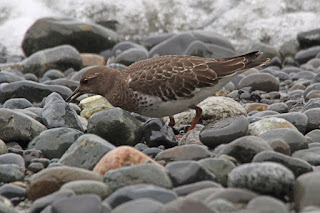 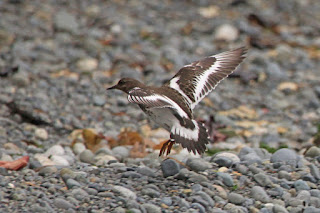 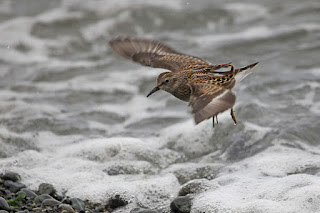 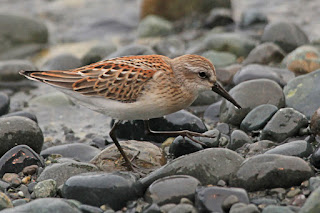 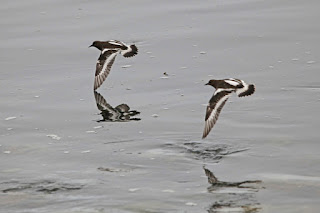 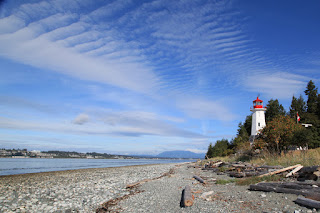 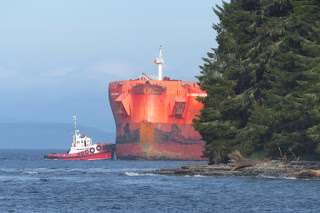 Tug positioning the gravel carrier down the beach from Cluxewe 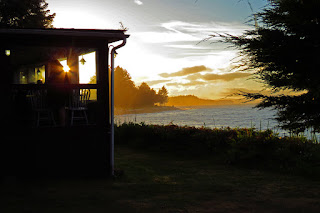 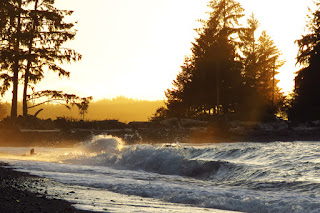 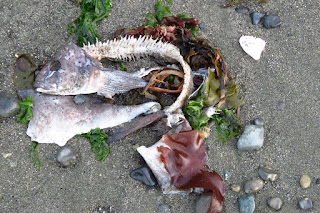 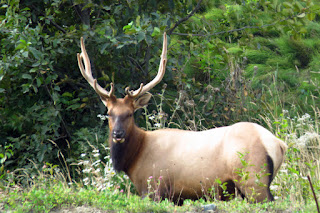 Driving into Port Mcneill for Orcafest, we spotted a herd of elk 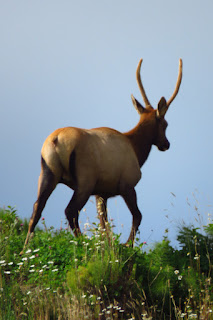 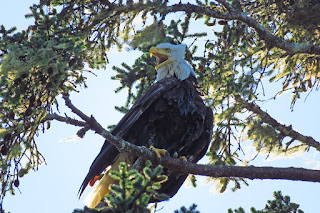 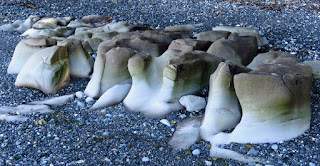 Neat rocks down the beach at Cluxewe 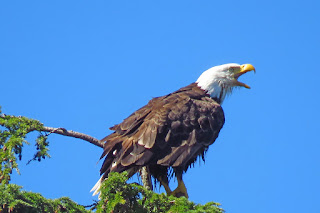 Another with lots to say 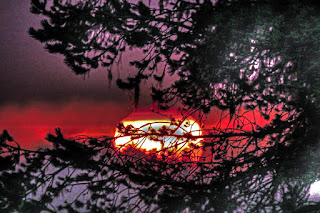 Did I say it was smokey 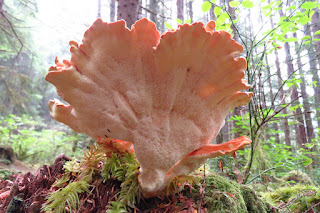 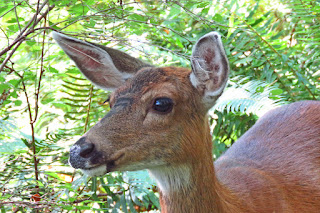 Deer on Quadra Island are rather tame. We were less than ten feet from this doe 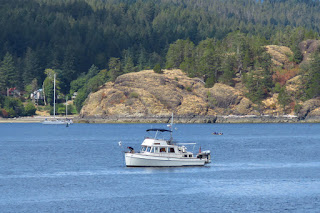 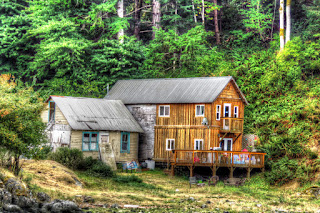 Beside the ferry dock at Quathiaski Cove on Quadra

Posted by John and Aileen on the road at 7:45 AM