And what a party it was!  We had just over 100 people attend and I think everyone really enjoyed themselves.  We started with having a gathering for our 50th and then stretched it to include a Pickard family reunion.   My father was from a family of eight and he had eight of us.  The other seven of Dad's siblings have twenty two surviving children.  Add in the next generation and the spouses and there were quite a few to invite.  There were just three attendees who weren't in some way related to Aileen or myself.
It took quite a bit of planning to pull it off but we were grateful for family and friends who stepped up to help.  In the end, it went off very smoothly.  Our son Richard did a great job as MC keeping things moving along.
Now the time has come to get busy with heading south plans.  Oops, not really plans as I'm not much for that.  We moved down to North Saanich, near Victoria today and have managed to wiggle the motor home in to Richard & Robin's lower driveway.  It is a very tight fit and perhaps I will include some photos next post.  We're hoping to get some visiting in with family and friends while we're here.
On Sunday morning we will take the ferry to Port Angeles then follow the coast route south through Washington State.  We will probably go as far as Newport,Oregon before turning east, eventually passing through Las Vegas on our way to Florence, AZ.
The fall rains have begun so we packed up in the rain this morning and had intermittent showers all the way.  We made a stop at a tire shop in Duncan to have the motor home wheels re-torqued as required after having the new tires installed recently. 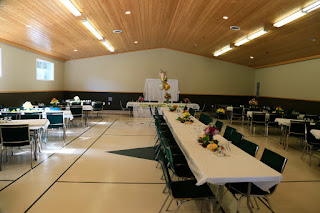 The hall before the influx of people 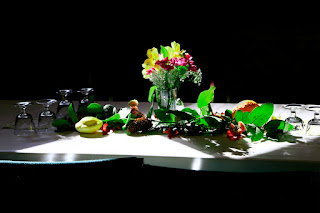 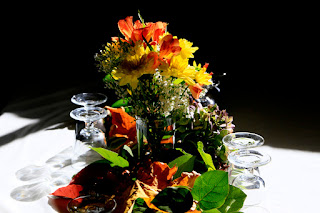 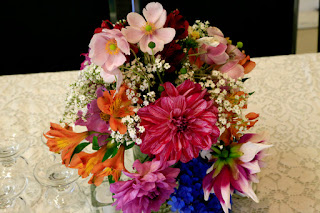 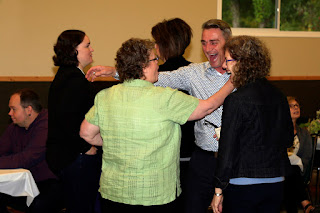 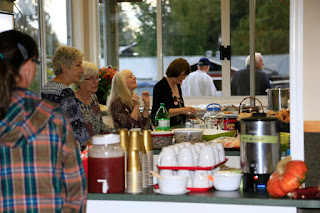 Lots of volunteer help in the kitchen 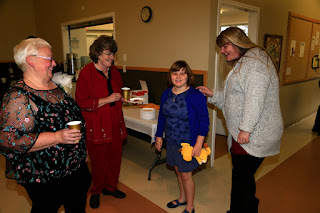 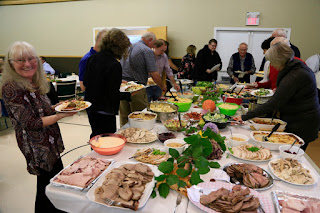 There is never a shortage of food at a Pickard gathering.  Other than the meat, this was a potluck. 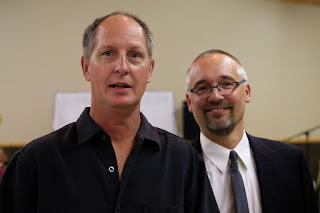 Our son in law Kevin and our son (and MC) Richard 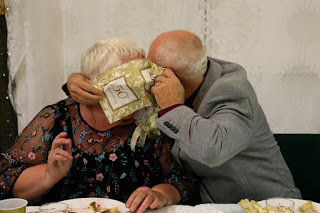 When the silverware started tinkling on the wine glasses, we hid.  Since Aileen is celiac, I couldn't kiss her on the lips after I had eaten food with gluten. 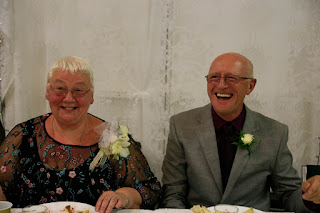 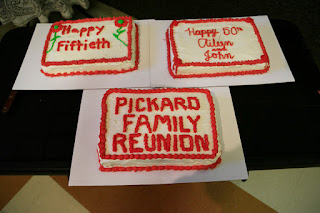 Aileen made four gluten free cakes and my sister Becky and her daughter Heather, decorated them.  The cakes were yummy. 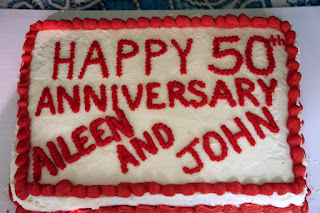 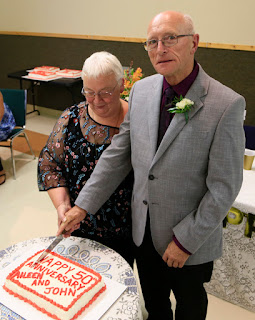 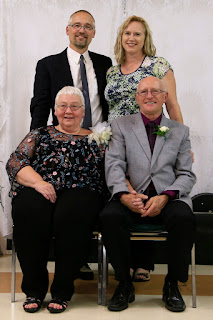 Aileen and myself, Richard and Bev, our offspring 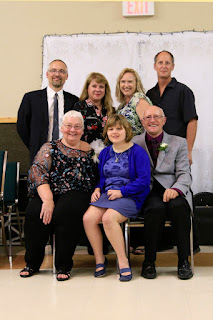 And here we have included the spouses and Georgia 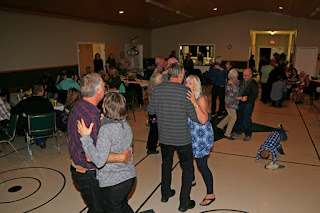 We danced for over two hours 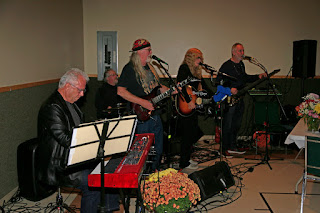 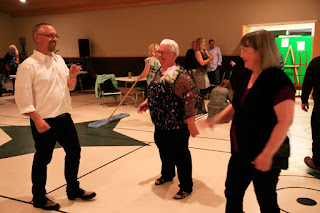 Richard, Aileen and my cousin Chris

Posted by John and Aileen on the road at 8:34 PM