Yes, good thing we RVers make our plans in jello so we can change as needed.  The planned BBQ party at Bill's in Campbell has been postponed due to the excessive heat so we are staying a bit longer here at Charlie and Sheila's where we are able to run the AC in the afternoons.  We are still planning to go to the upper Island next week.
Received word last evening that my Dad's last brother had passed away.  He was 93 and still has one sister living.  They were from a family of eight as I am.  He was the only one older than me with the same last name although I have four older cousins.
My brother in law John R and I went for a couple of walks yesterday.  We first walked down some trails along the Trent River from the freeway picking up four geocaches.  We then dropped down the steep bank to the river and walked up it to the falls.  We had to climb up a steep trail with ropes for assistance then dropped down another trail back to the riverbed above the falls.  We walked along the riverbed for a couple of kms before stopping for lunch.
We later went to Brown's River to a spot John had heard of called the Medicine Bowls.  It turned out to be a great spot, although very dangerous in certain conditions.  Best to go on a dry day like we did as the drop offs would be very dangerous if the rocks were wet.  There were plaques honoring three young guys who died there.  Two of them were the same day!  All were from jumping in to the pools from the rocks.  Sad!  I took all today's photos with my little Canon SX50 but would like to go back to the Medicine Bowls with my bigger camera and tripod someday. 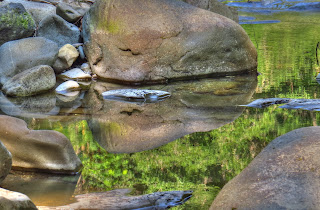 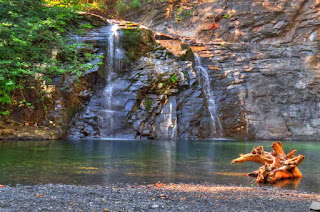 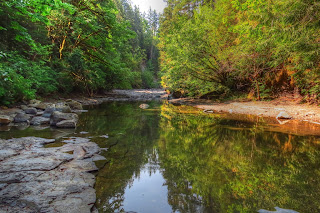 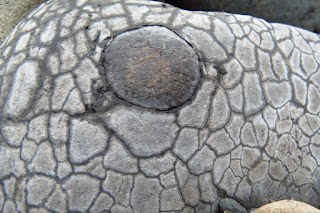 The river mostly runs through shale.  I liked the patterns in this piece of shale. 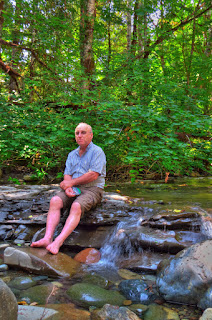 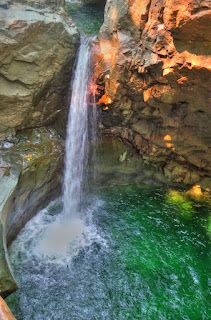 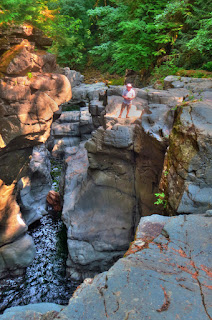 The previous photo was taken from where John is standing 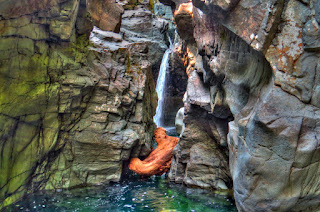 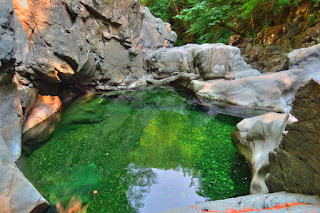 Below the last photo 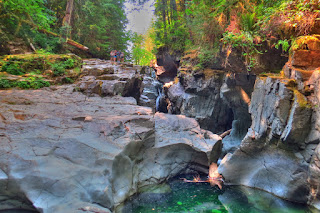 After having the area to ourselves for a while, four young people showed up 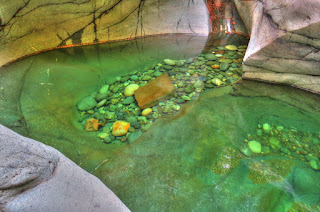 A quiet side pool in the rocks 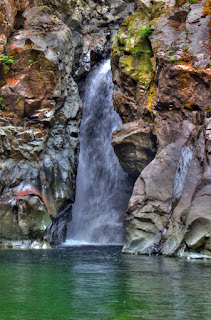 The lower falls and pool 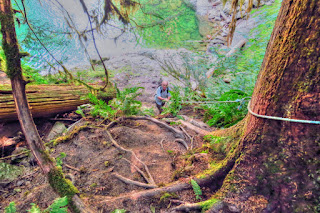 The steep trail up from the lower falls

Posted by John and Aileen on the road at 9:33 AM