BACK IN BC ONCE AGAIN

Yes, we finally made it across the border back into BC today.  We are not speed demons by any means taking seven days to cover 2520 kms (1575 miles) We averaged 360 kms  (225 miles) a day.  Our biggest day was 520 kms.  The slower pace was nice in that Aileen got to have her nap most afternoons and I found 38 geocaches near Mountain Home, ID and another two yesterday near Soap Lake.  We also got to walk around and explore some areas.  I had been thinking of spending two nights at Alamo but decided we'd best keep going.  Good thing as the Blue Mtns (Meacham Pass) had snow the night after we crossed.  We were fortunate in that there wasn't too much wind on I-84 this trip.  We did have some rain along the way and one day while Aileen was driving, we had a short spell of heavy sleet and hail.
We are parked at friend's in Penticton, BC over Easter and will then move on up to Salmon Arm early next week. 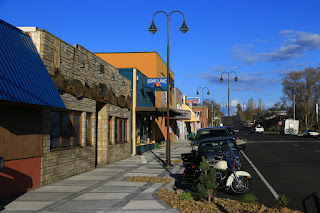 Aileen, Mitzy and I went for a walk around Soap Lake, WA last night after supper.  It is one of those old towns that is hanging on.  There were many empty stores but also some very vibrant businesses still operating. 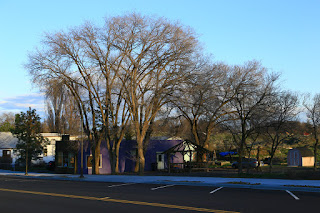 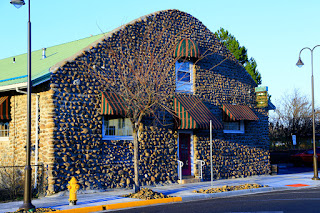 This large building is The Inn at Soap Lake.  The business is for sale as the owner is retiring and there was a sale pending sign, so it looks like it will remain in business. 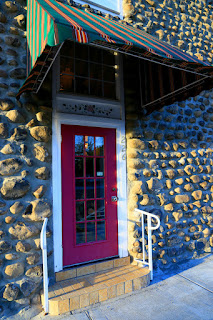 The front door to the Inn 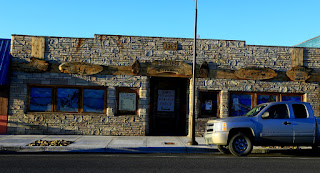 This was interesting.  Marinas Opera House.  The sign to the right of the doorway mentions Bonnie Guitar.  Well, I remembered that name from years ago and when I googled it, I was right.  Bonnie Guitar was one of the first female singer to have a hit on both the country and pop charts back in 1957 with "Dark Moon".   She was later credited with discovering The Fleetwoods and The Ventures.  Amazingly, she still performs with her band on Saturday nights in Soap Lake at the age of 92! 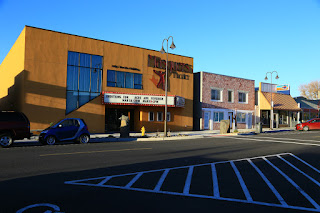 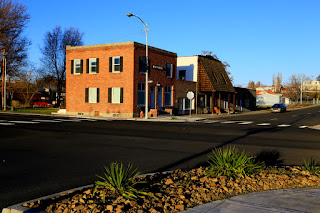 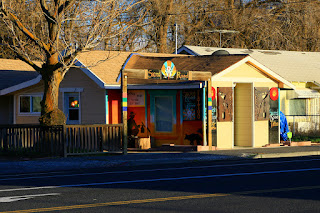 Opposite the above photo is a tattoo parlour 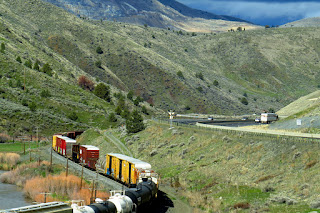 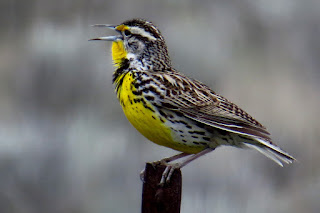 Yesterday when we stopped for lunch just north of Moses Lake, this Western Meadowlark serenaded us,  This was taken through the window glass in the motor home. 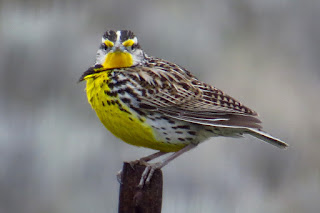 Then he turned and asked how it was

Posted by John and Aileen on the road at 9:49 PM