After leaving North Ranch at Congress, AZ which is near Wickenburg, we moved on to Alamo, NV.   We were surprised at how many Turkey Vultures were in a tree across the road from our campsite. There must have been at least thirty.  We wondered if they, as a group, were migrating north or if there is that large a normal population in Alamo.  We have never seen more than a few in our other stops in Alamo.  Today, we moved on up to Wells, NV which was 464 kms from Alamo. We are taking it much slower this year and will probably cross the border on Wednesday or Thursday.  I, at least, am not looking forward to the cooler temperatures and am already missing my nightly visits to the hot tub. 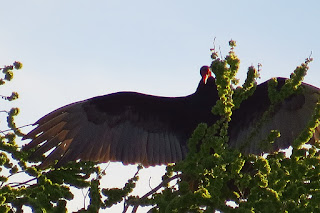 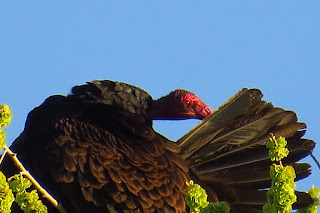 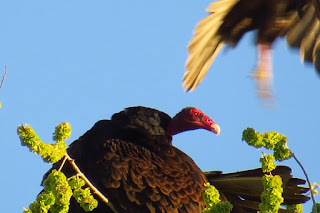 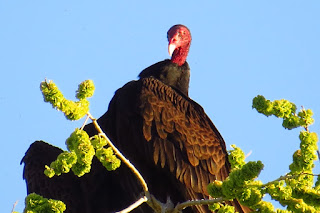 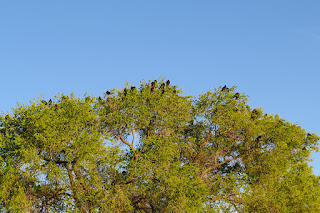 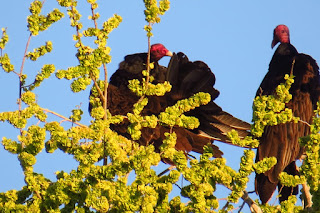 Most of the vultures were busy preening 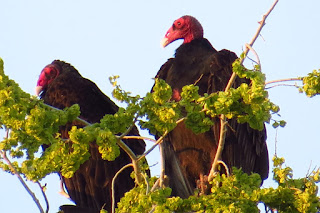 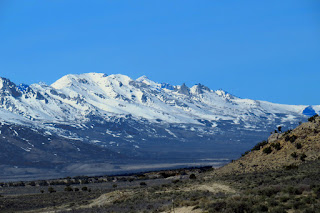 Aileen took this one through the windshield as we driving about 30 or more miles south of Wells, NV 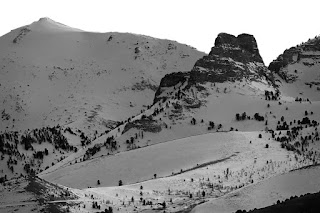 Posted by John and Aileen on the road at 8:34 PM