Here it is Christmas Eve and we've had a quiet day.  Aileen got rained on while on her morning walk but it turned out to be a pretty decent day.  we are mostly cloudy for the next week according to the forecast and it is supposed to cool off.  We are joining four other couples tomorrow for turkey dinner. Aileen and I are cooking the turkey and more and the others will be bringing lots more food.  There will be lots of leftovers, I'm sure.  For those celebrating Christmas, enjoy.

Don't forget to click on the image to enlarge! 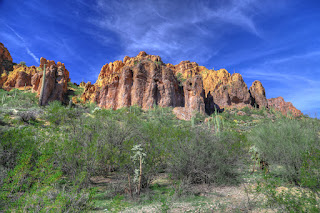 Our Monday ride this week took us up the Martinez Mine Rd.  We drive by these incredible cliffs. 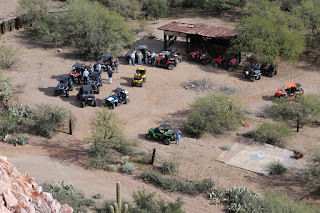 Since the government has gated off the mine, preventing vehicle access, we only go as far as these old corrals where we have our lunch.  I climbed up a rock bluff to get some photos. 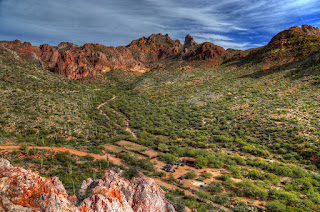 An overview of the corrals and surrounding area. 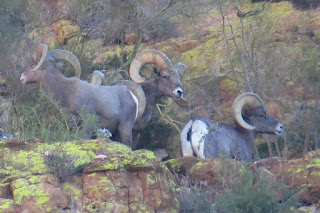 Earlier in the morning, as we approached Box Canyon, we we able to watch some Desert Bighorn Sheep playing on the hillside.  These photos were taken at least half a mile away.  It was difficult to see what was happening with the naked eye. 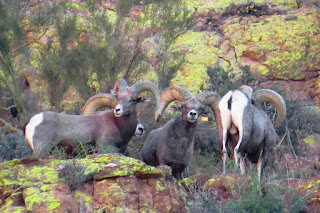 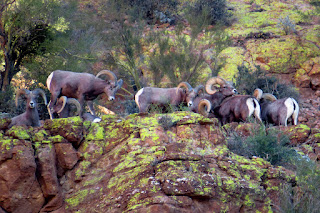 The whole group appeared to be rams 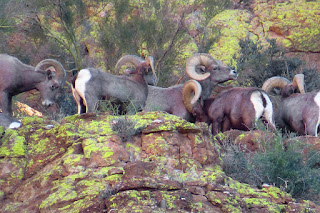 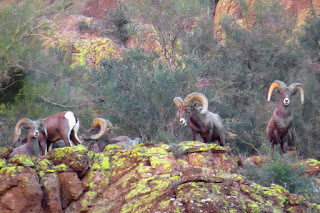 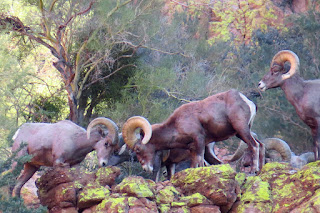 As I mentioned, butting heads 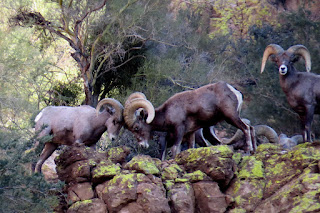 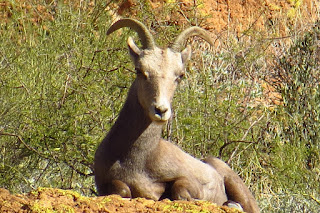 As the sixteen ATVs headed into Box Canyon, I spotted this ewe about 200 yards way,  I was at the rear of the group and was the only one to spot this one that was right out in the open.  She was on the other side of the canyon from the rams. 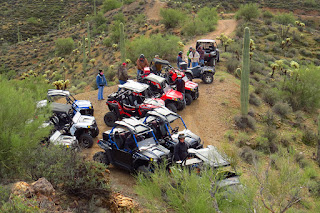 After lunch, I joined the main group who took some more technical trails ,while three others took an easier route home.  This is on the Top of the World Trail. 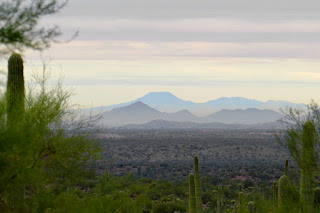 On Blue's Tuesday ride which I led, the weather scared most people away so we only had five machines out.  This is a distant shot to the southwest looking beyond Casa Grande. 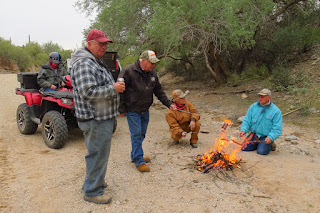 Aileen took this photo so I could be in one for a change.  Blue on his machine is from Ohio, then Dale from Ontario, Steve and Linda from Saskatchewan and me on my knees.  Rick from Michigan had already cooked his wiener and was at his machine eating. 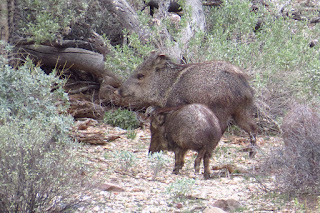 As we were heading homeward, we were fortunate to see a large group of Javelinas.  By walking up onto a low ridge, I was able to get a couple shots as they disappeared. 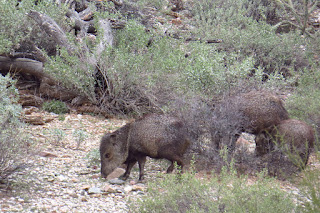 Posted by John and Aileen on the road at 3:44 PM