ANOTHER BUSY TEN DAYS GO BY 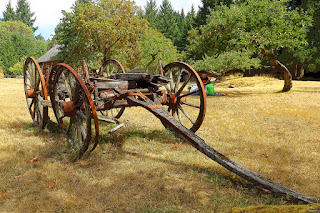 We had replaced the fridge in the motor home in January this year while in Quartzsite.   While we were dry camping a few weeks ago, we noticed the fridge was not working properly on propane.  It had been doing fairly well when plugged into electricity.  After having it worked on locally and deciding it was going to be a warranty issue we made the decision to swap it out for a house type fridge.  The RV tech is certain we have enough solar power to enable using it off grid.  We spent considerable time and effort attempting to find the "right" fridge.  Added incentive was having two coolers on the floor in the motor home and some other stuff in the fridge in the house plus some in the freezer in the garage.  We looked at several apartment sized fridges by driving to towns in different directions and finally found the "one" (12.4 cu ft) at Trail Furniture in Langford near Victoria.  We took our little trailer behind the CRV and spent the day driving down to pick it up. Richard and Georgia came and met us at the store then we found a quiet spot to have a picnic lunch. There was a birthday supper for our nephew here in the house that night so there was some muscle available to help get the fridge into the motor home.  The fridge slid right into the opening where the old fridge was but I had to do some modification to the back of the area to enable it to slide all the way in.   I had to come up with some creative means of anchoring the fridge so it stays in place while traveling but had received several valid suggestions from the ones who helped move it into the motor home.   Last thing was to place some insulation all around the fridge to prevent outside air from entering the living area. 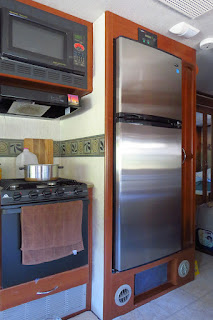 The finished product.  It has at least 50% more space than the old fridge which we hope to get repaired under warranty then sell. 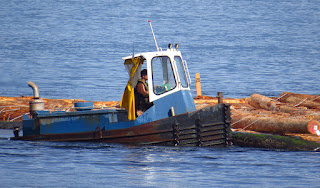 I had gone over to Port Alberni with brother in law John R and spotted this little dozer boat moving a bundle of logs.  When I worked at the mill before retiring, I sometimes operated a boat identical to this one. 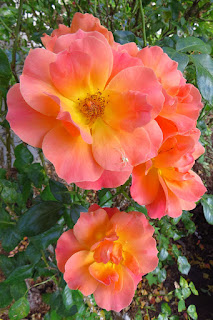 One of the last rose displays here 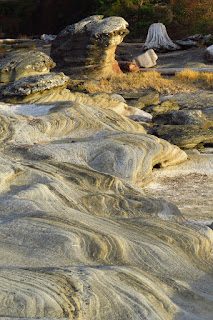 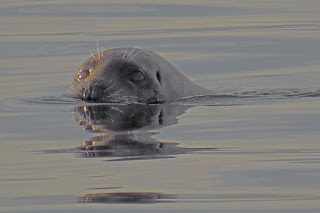 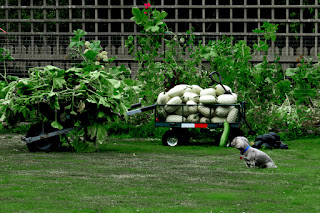 My brother Charlie recently had shoulder surgery so is out of action for some time.  Aileen, Sheila and I picked and pulled all the squash the other night.  Mitzy was a little overwhelmed. 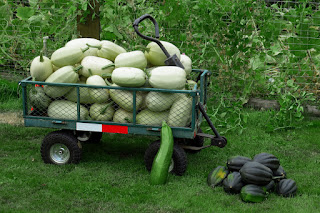 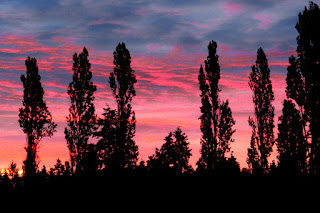 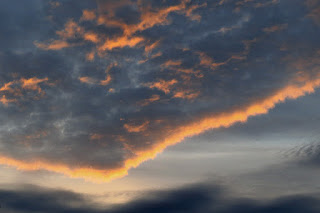 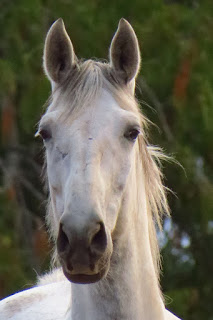 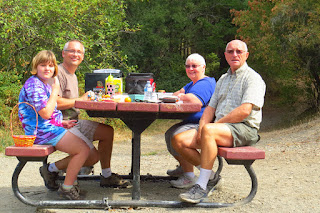 Richard and Georgia met us at Spectacle Lake on the Malahat north of Victoria a couple days ago for lunch and a walk around the lake where we  also found three geocaches. 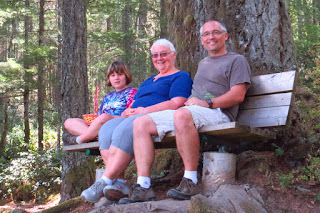 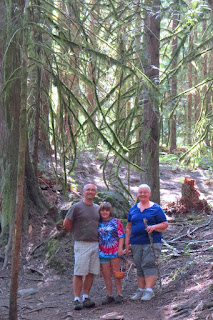 In the mossy cedar forest 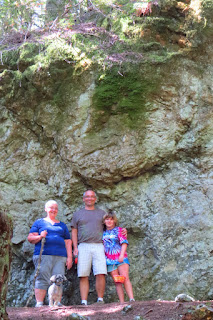 With Mitzy against a rock face

Our time is starting to draw to the end here on Vancouver Island for this year.  This coming Friday we will move up to Campbell River until Tuesday when we attend our final SKP rally at Seal Bay. We will come back to Charlie and Sheila's for a few days then probably catch the ferry to the mainland on Wednesday September 16.  We may spend as long as two weeks in the Shuswap before heading down to the Kootenays until crossing the border.  Our earliest date to cross the border is October 8th, keeping in mind  the maximum 180 days in the US in a calendar year.  We are heading south a week earlier than normal as we plan to visit several of our southern friends in Grande Junction, Colorado for a couple weeks before heading to our winter hangout in Florence, Arizona.  So there you have our loose travel plans for the next while.
Posted by John and Aileen on the road at 10:05 AM