Somehow the time got away on me again and here it is a long while since my last post.  Life always speeds up during our last weeks down south.  We were fortunate to have my brother Charlie and his wife Sheila come stay for a few days.  Charlie and I went on four ATV rides while the ladies entertained themselves going to places like the Olive Mill and the Florence Museum.  They also attended our block party and got to meet most of our close neighbours.  They also attended our monthly ATV club potluck.  That had a bit of a sad news as two of our members had passed away overnight, one at 63 from cancer and the other at 79 from something else.  Also, just after we got to the clubhouse, one of our members took a fall while helping in the kitchen and broke her femur right below her replaced hip.
We had an 83 year old guy with no ATV experience come stay in a neighbouring park and he bought an old two stroke ATV and rode with us six or seven times.  I took him under my wing and made sure he knew how to get around safely.  Since he didn't have a computer, I did up a bunch of photo files for him that he could take to a photo printer.  When he was done, he sold his ATV and went home to Wisconsin a couple days ago.  For a couple of my rides, I had an 85 year old, two at 83 one at 81 and the youngest other than me was 77.  My geriatric riders!
The weather is warming up, the flowers are starting to look good and unfortunately, the snakes are coming out.  Aileen is not pleased with the first and third items and is regretting renting the park model up til April 3.  She is ready to head for a cooler clime already.  Our current plan is to close up the park model on April 3 then head north.  We do have to get across the border no later than April 10.  At our rate of travel, the fastest we can do it is six days.  That will give us two days leeway. 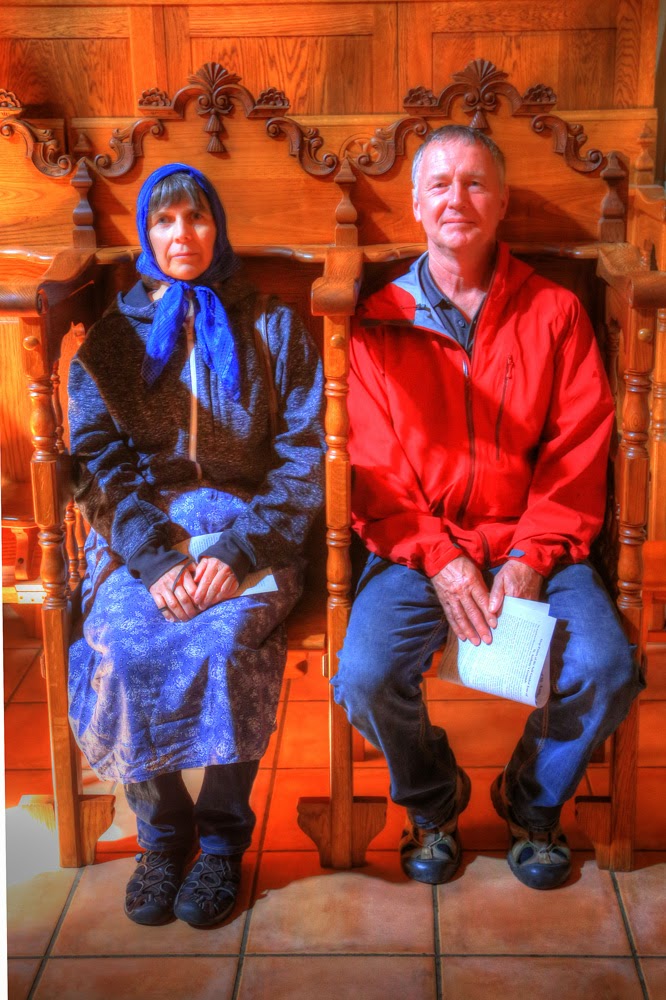 At the Greek Monastery 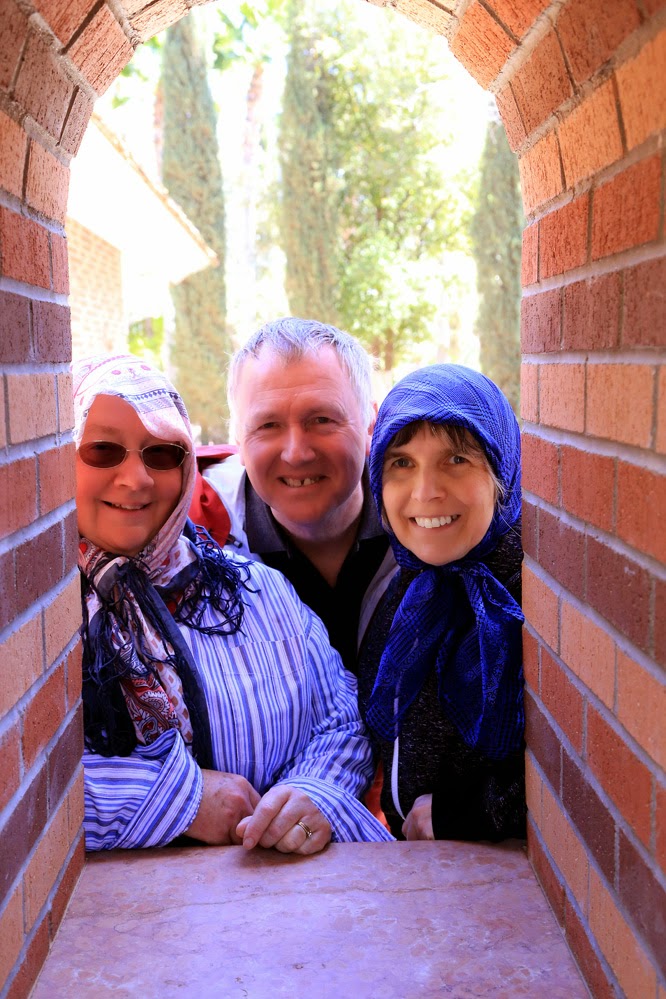 Outside at the Greek Monastery 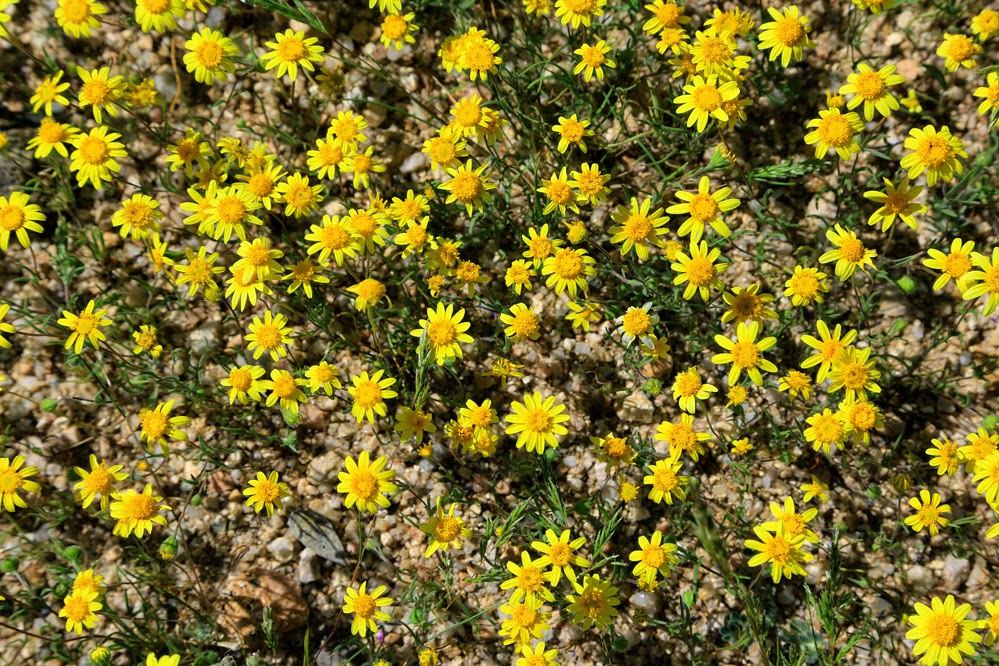 California Goldfields that cover the desert floor like the photo below 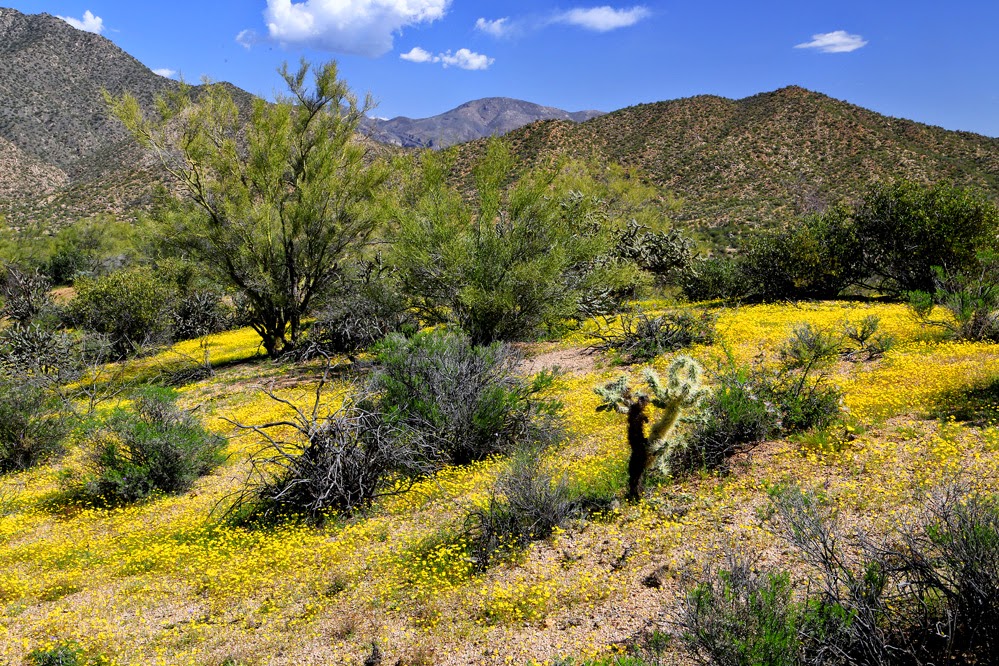 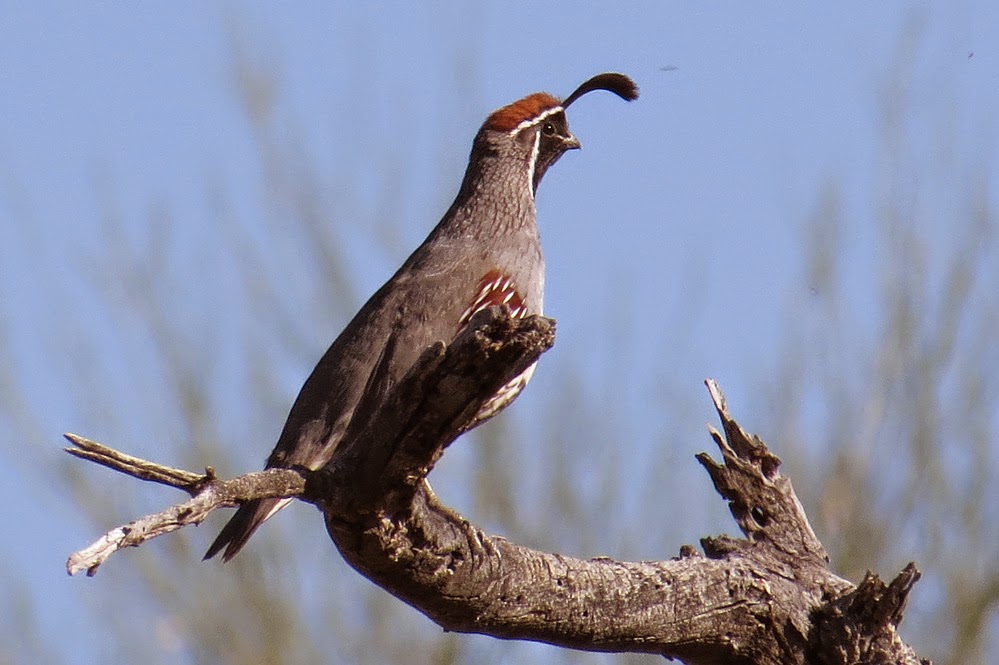 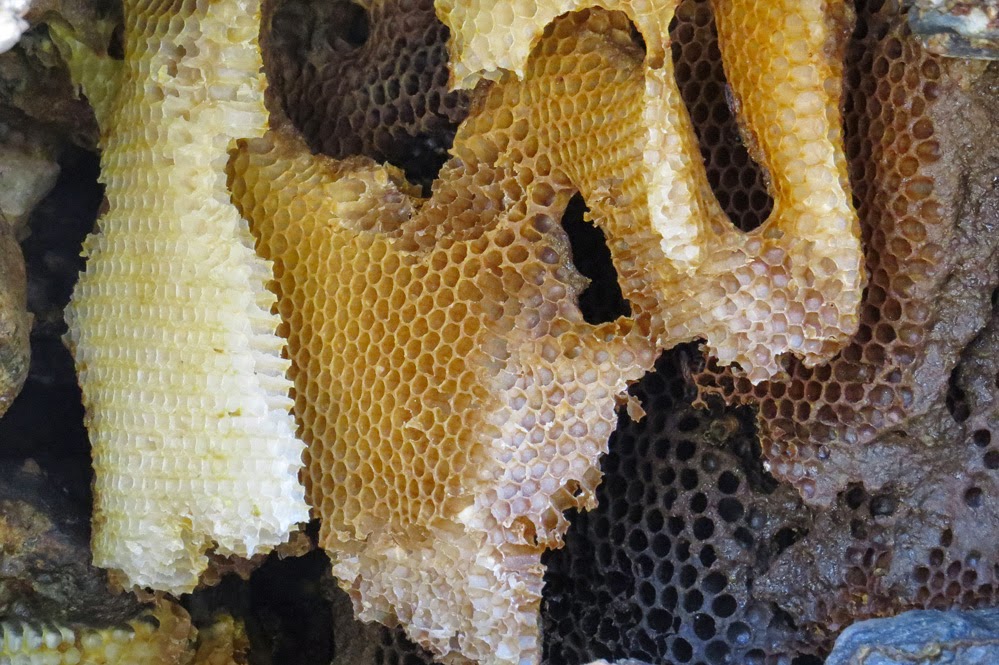 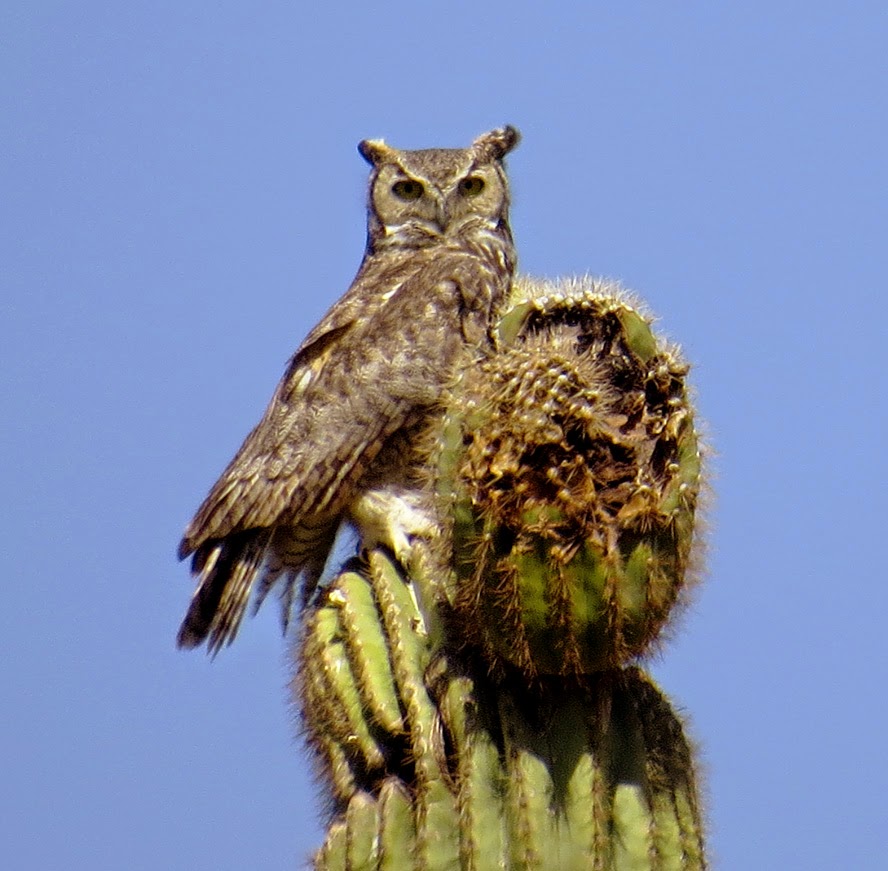 This Great Horned Owl was sitting on a nest in a ledge on a cutbank peering at me.  He flew off to this Saguaro right away. 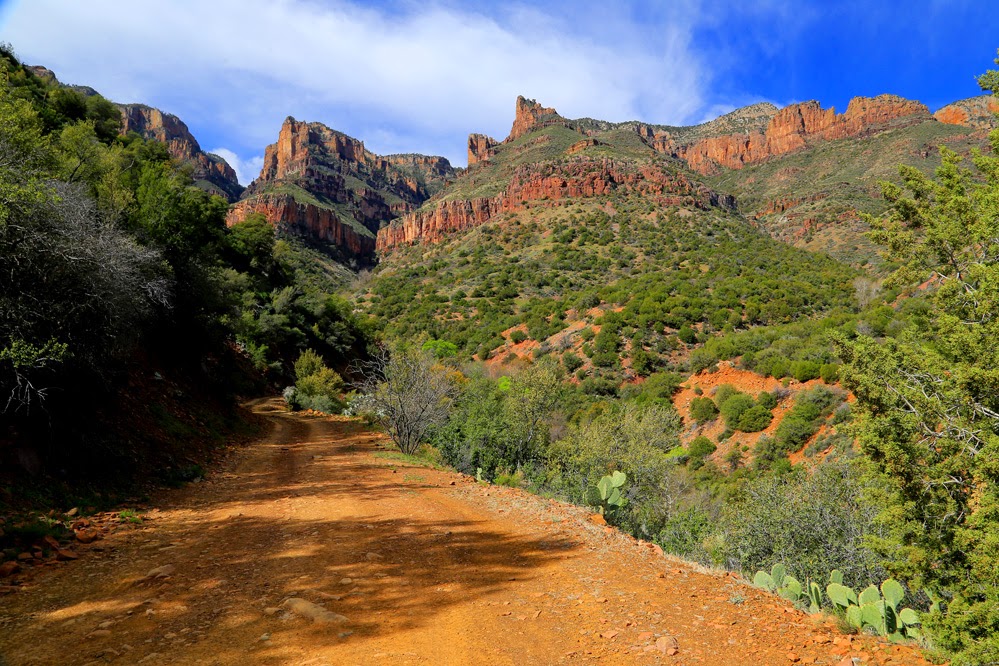 A group of us in fourteen ATVs took a long road trip last Wednesday, 75 miles to the drop off point, then an 82 mile loop ride north of Roosevelt Lake near the Moggollan Rim.  We were nearly twelve hours away from home. 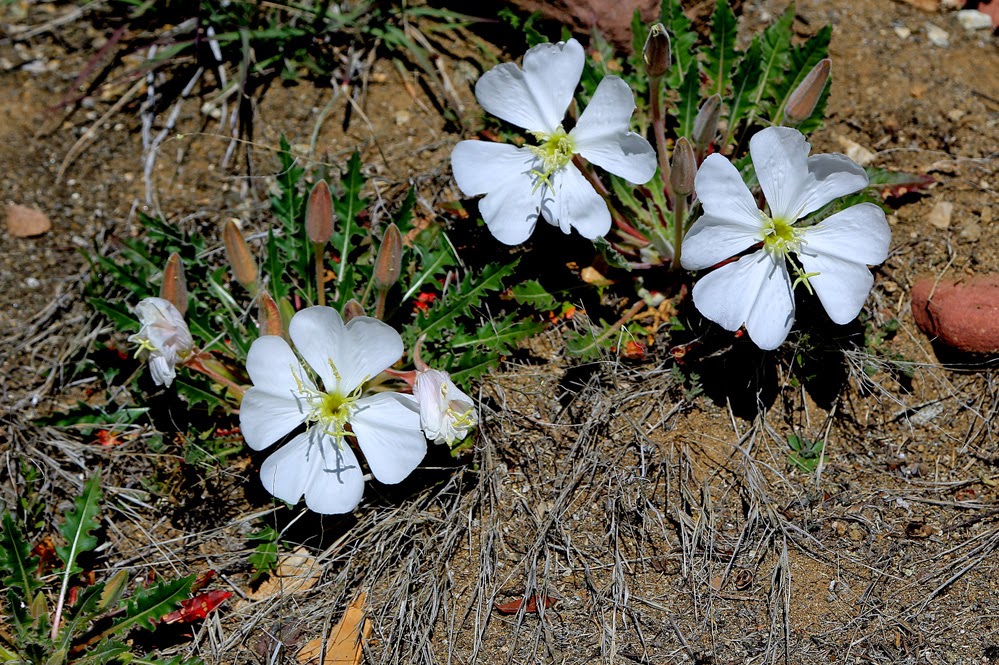 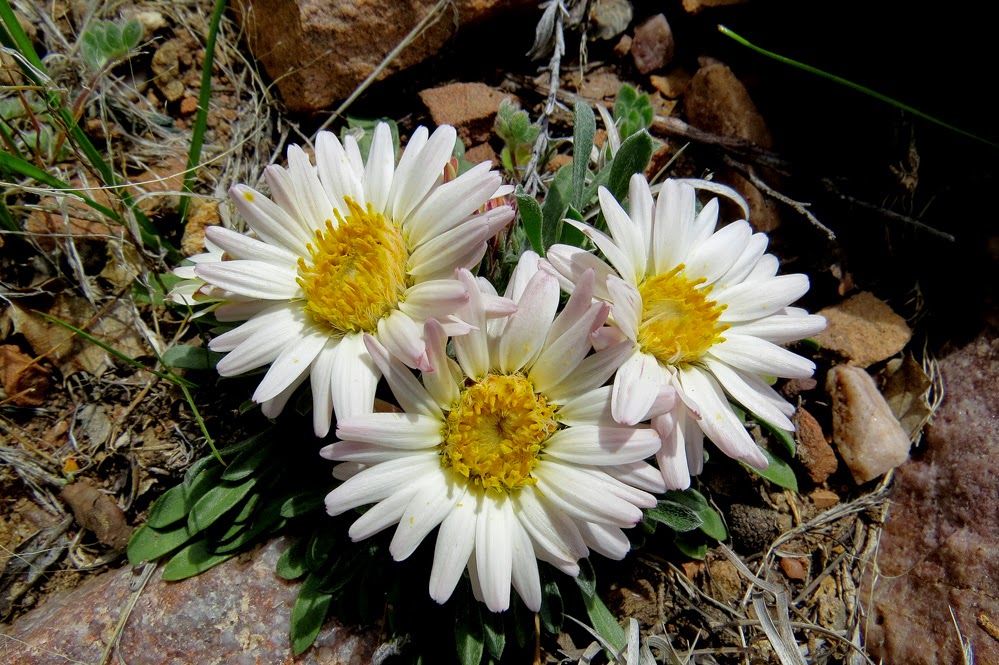 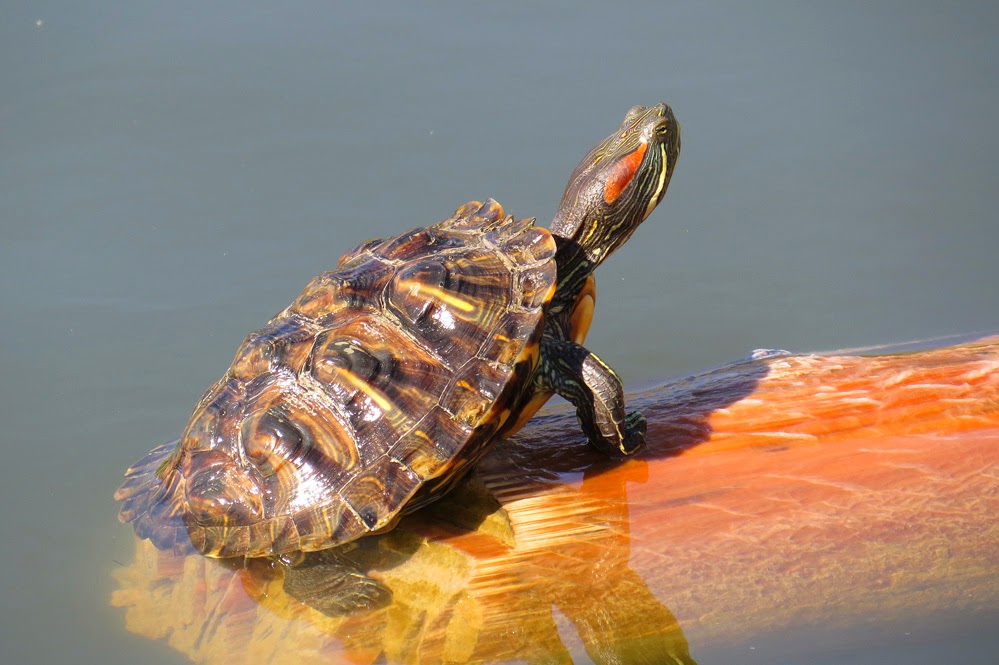 We went to Chandler Friday to visit friends Doug and Gay from Campbell River on Vancouver Island.  After going to lunch at PF Chang's, they took us to the Gilbert Riparian Preserve where we saw lots of turtles of different varieties. 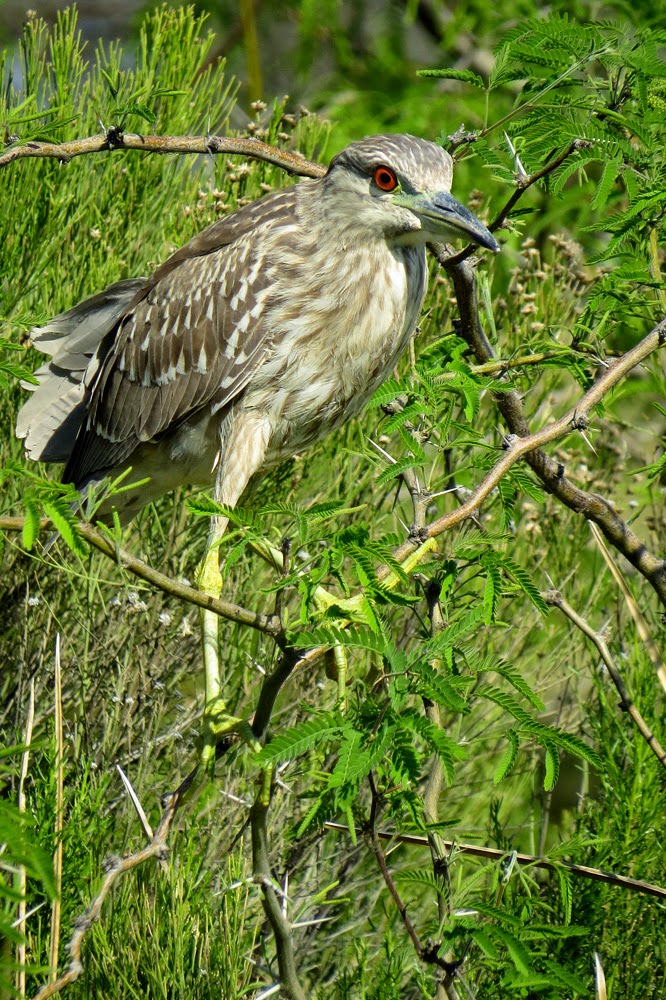 We also spotted this American Bittern 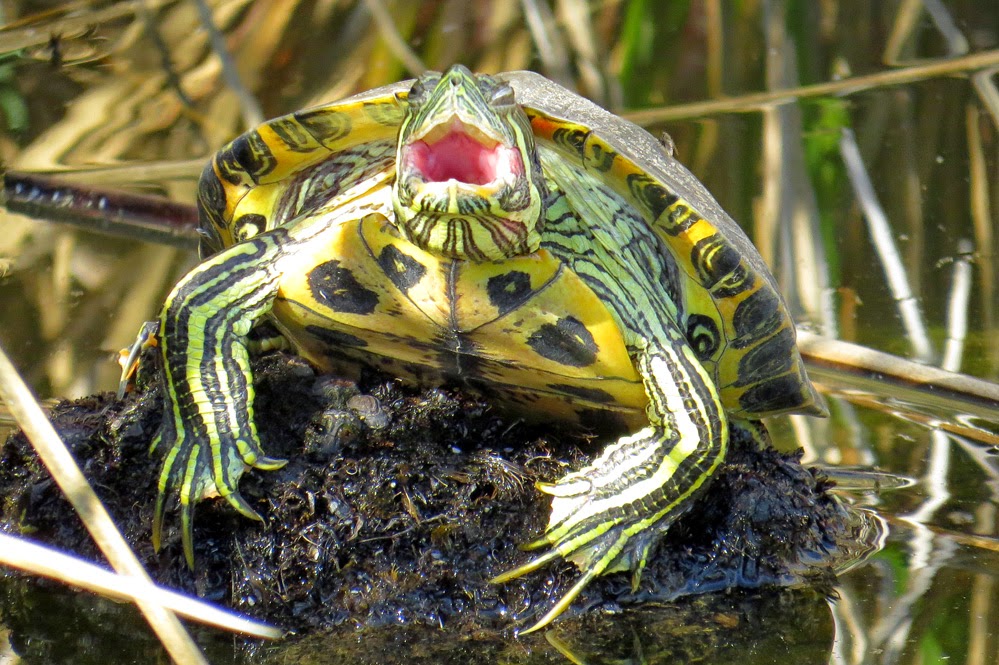 And lastly, how about a yawning turtle?