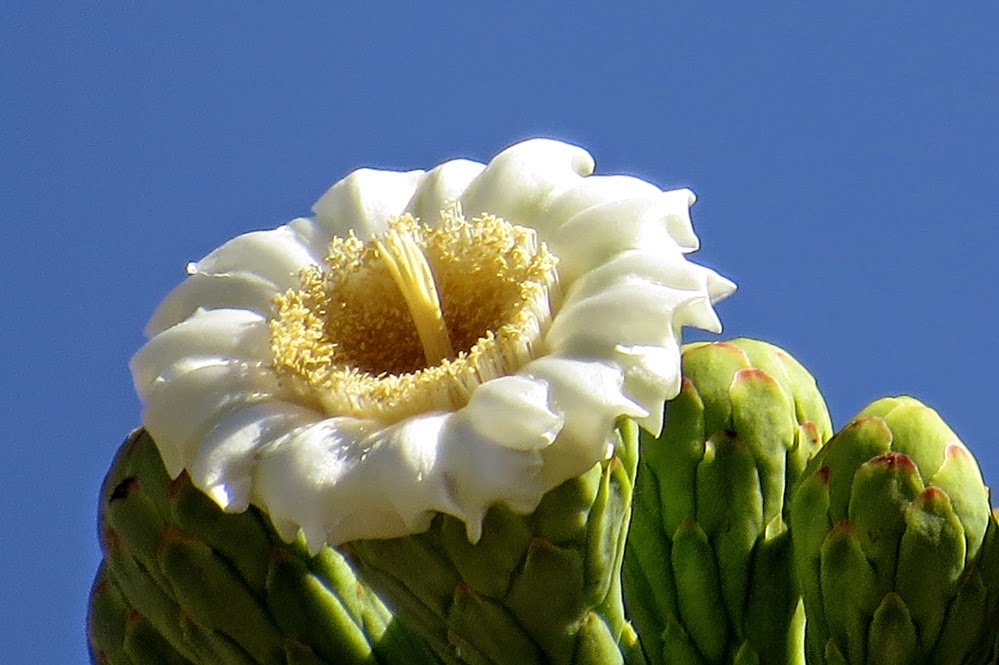 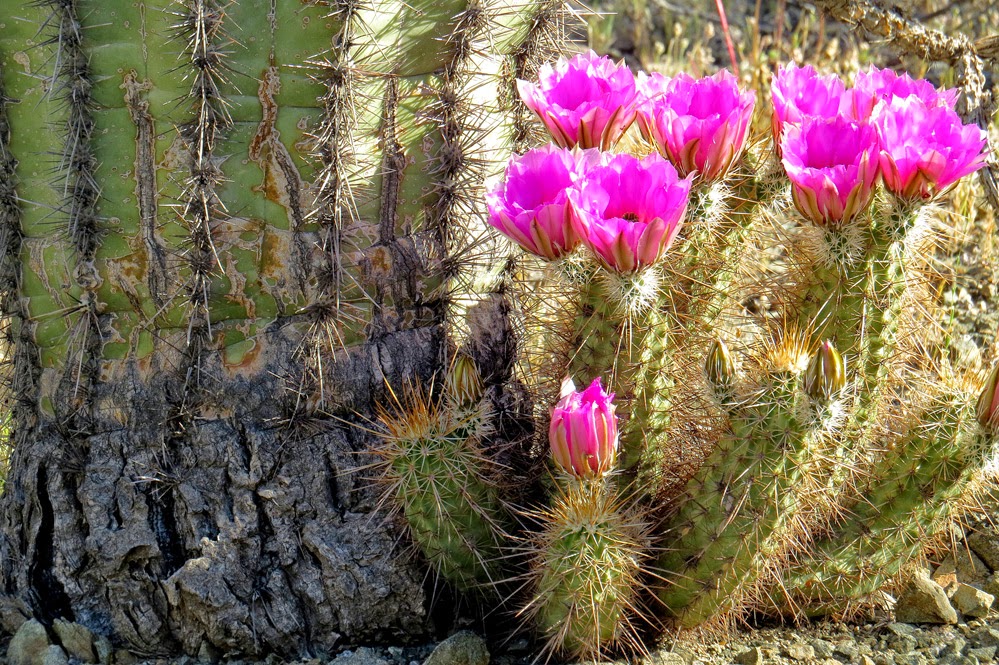 Hedge Hog Cactus blooms at the base of a Saguaro 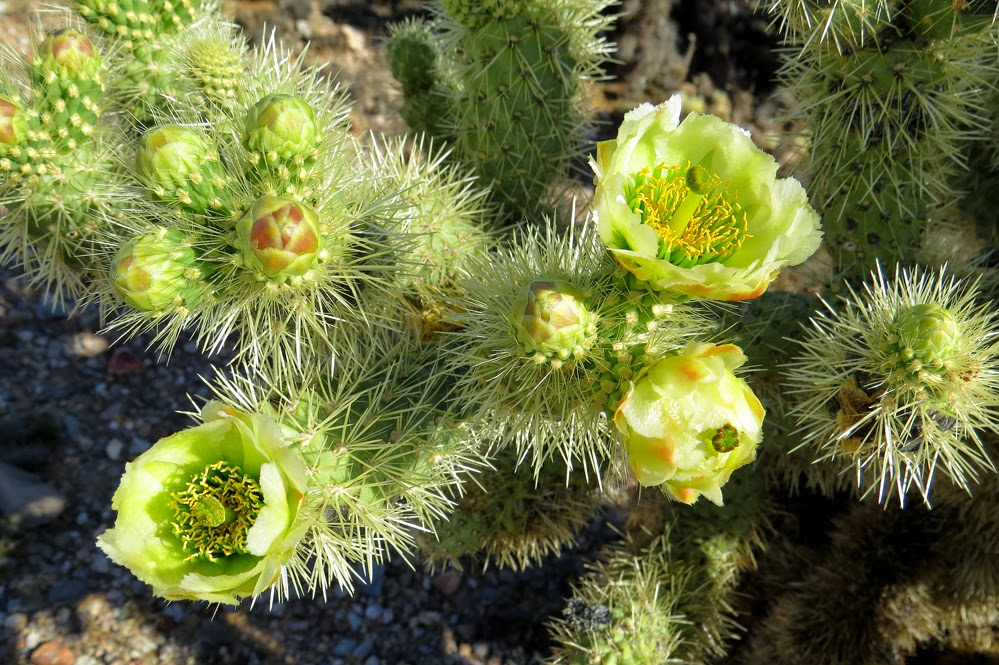 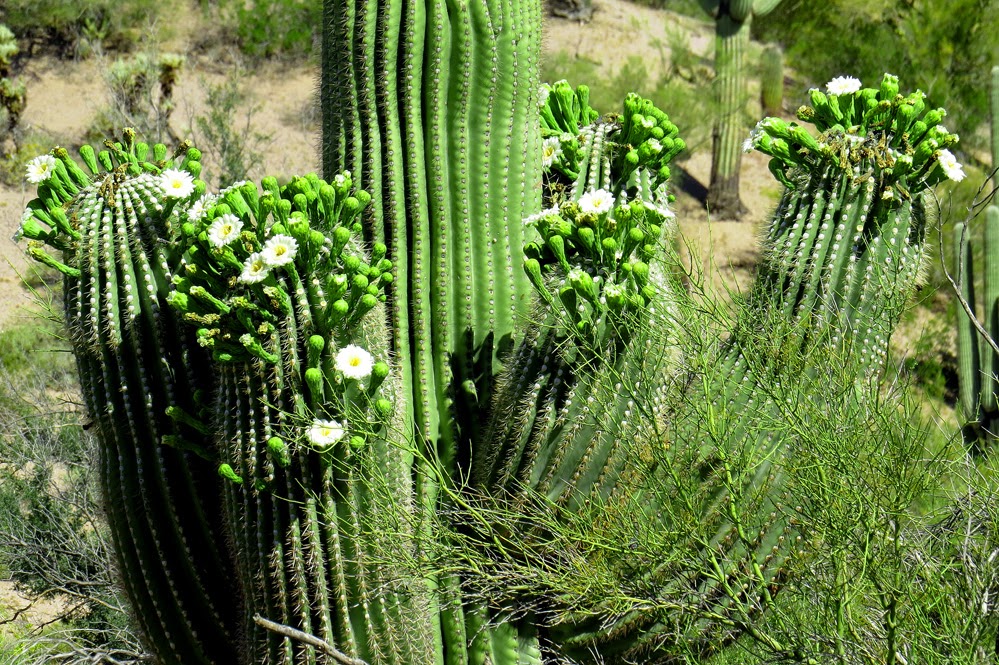 The only Saguaro we've seen with multiple flowering stems 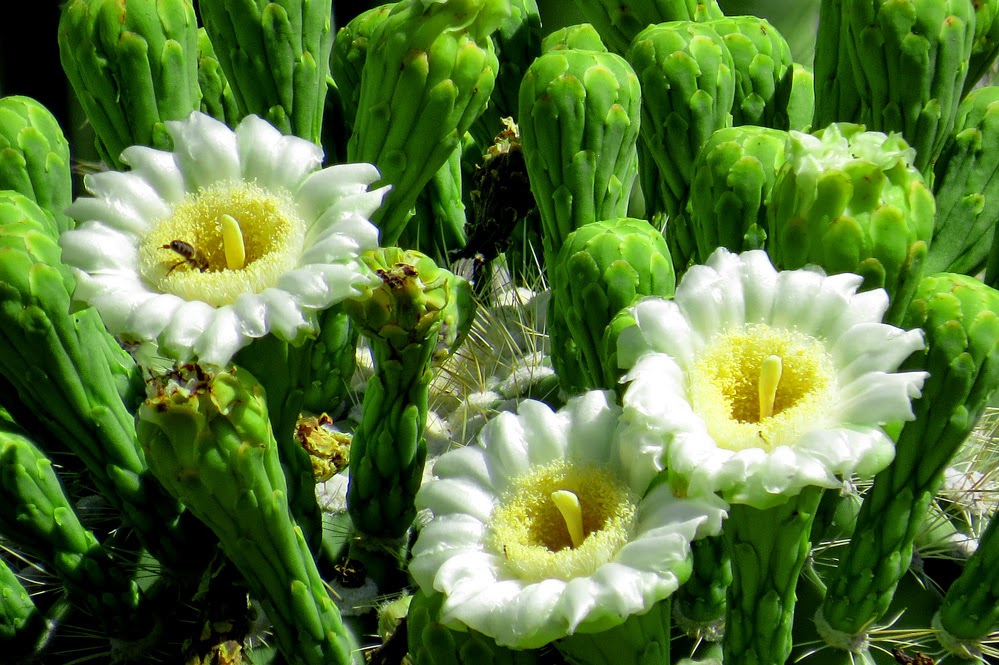 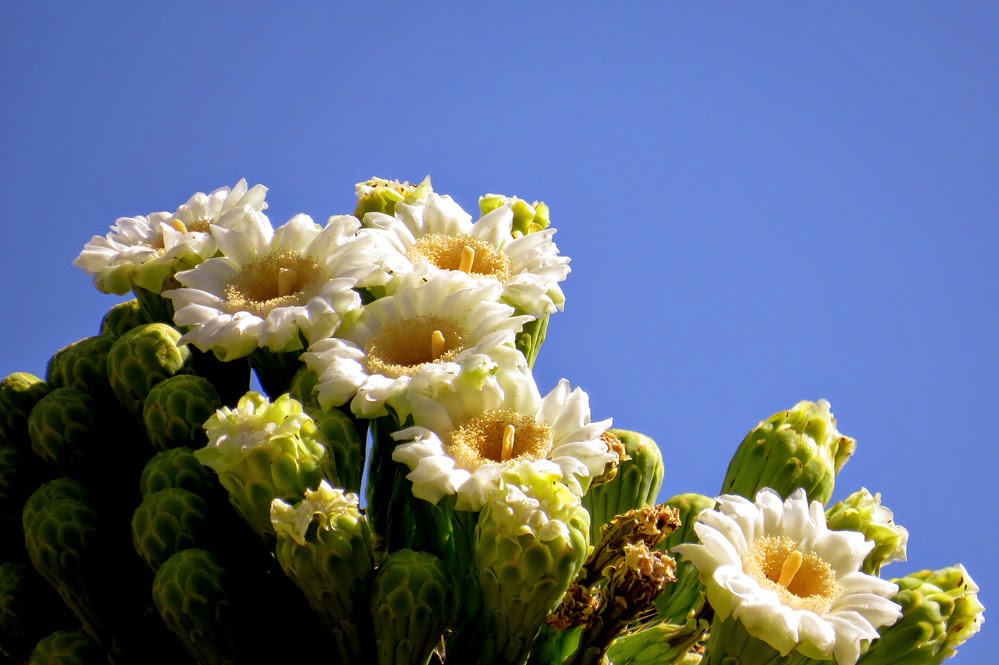 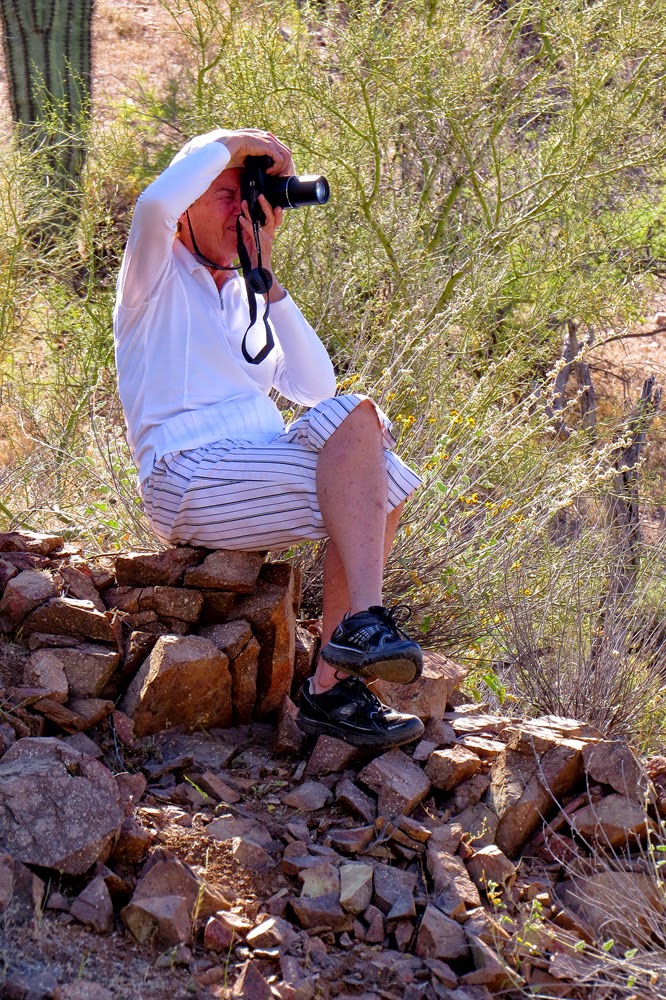 Our friend Selma and I went on a photo ATV ride on Friday.  She had a brand new Canon SX60 so it was a learning and fun filled day.  I enjoy being able to do a bit of mentoring. 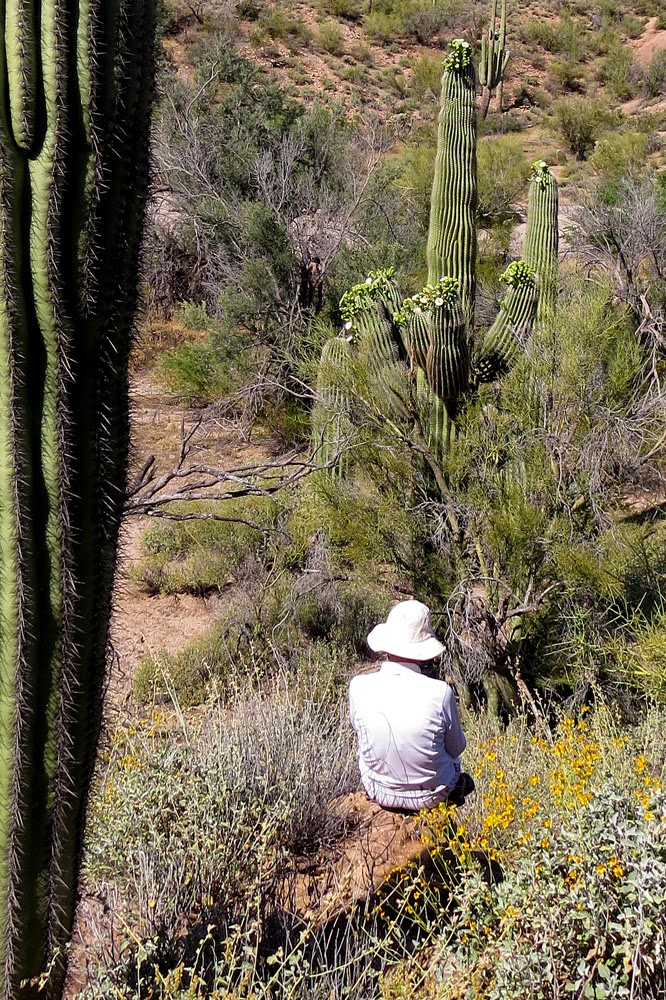 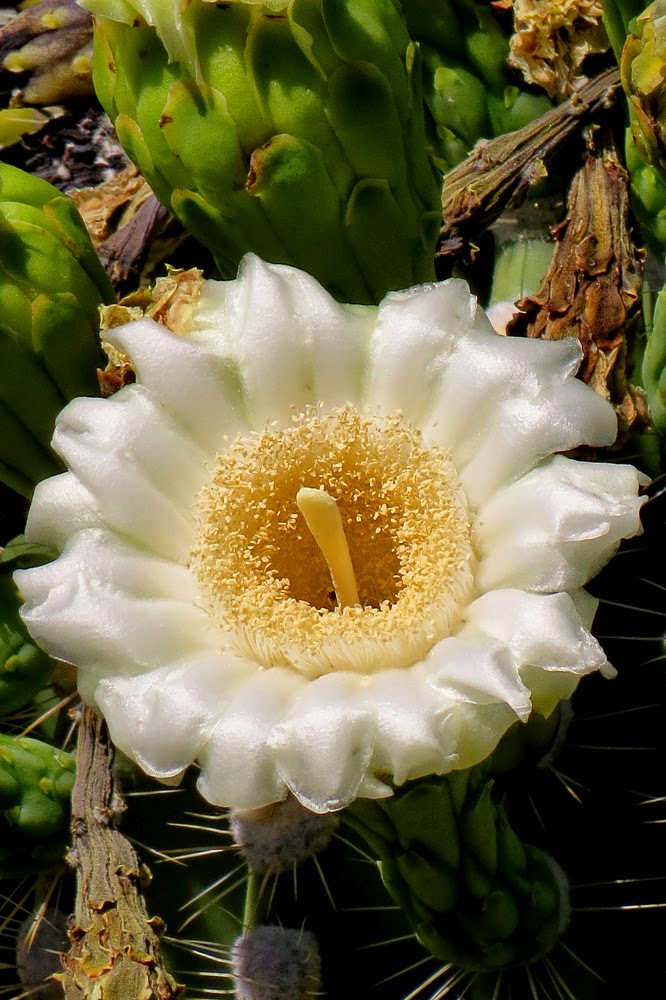 While this is my photo, it is the same one she was shooting 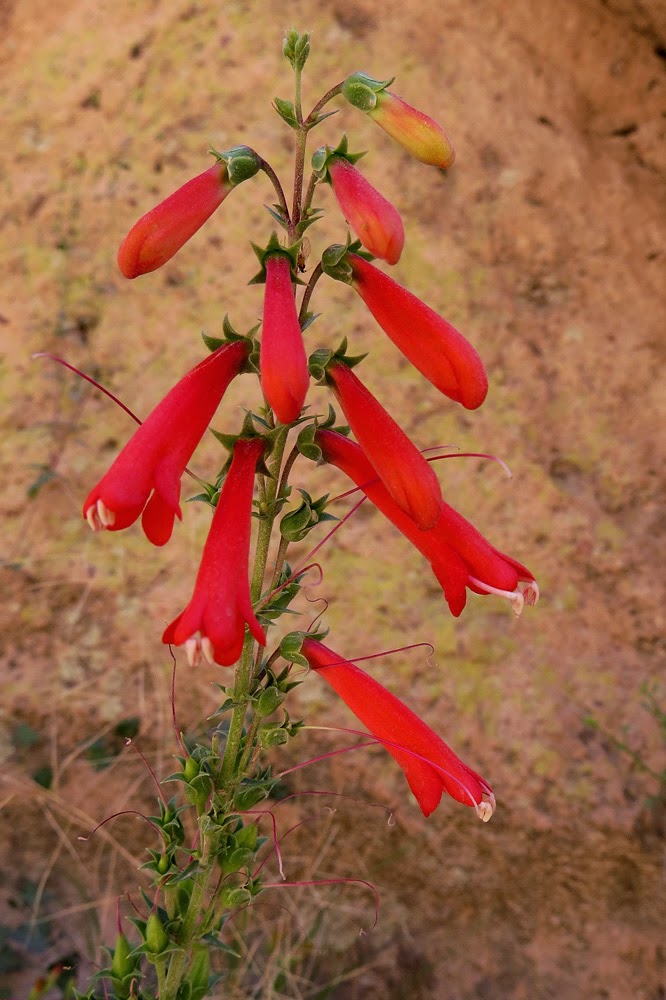 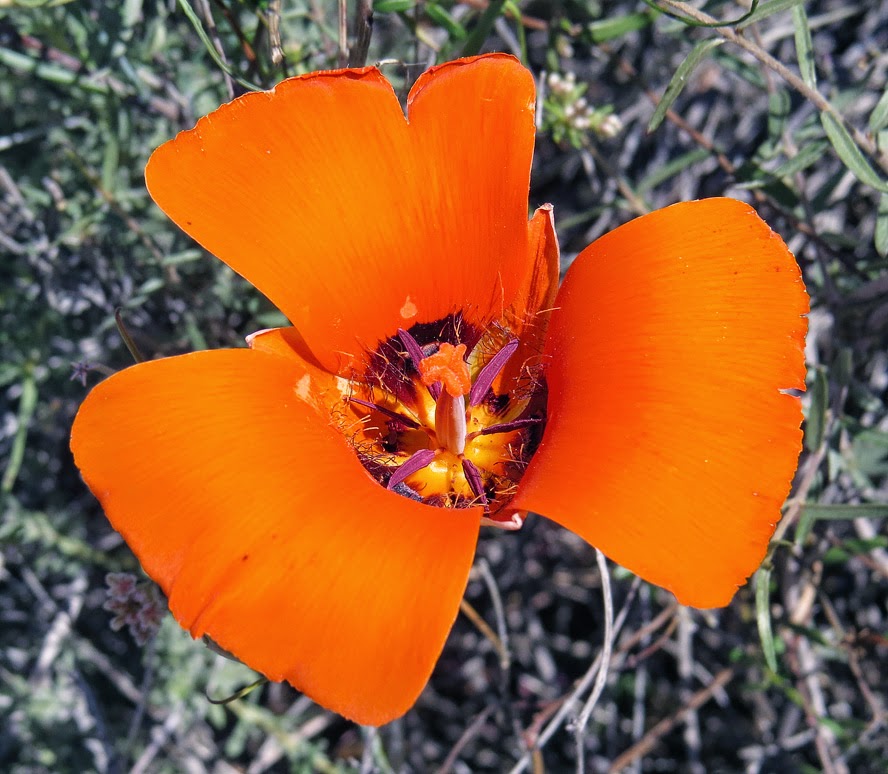 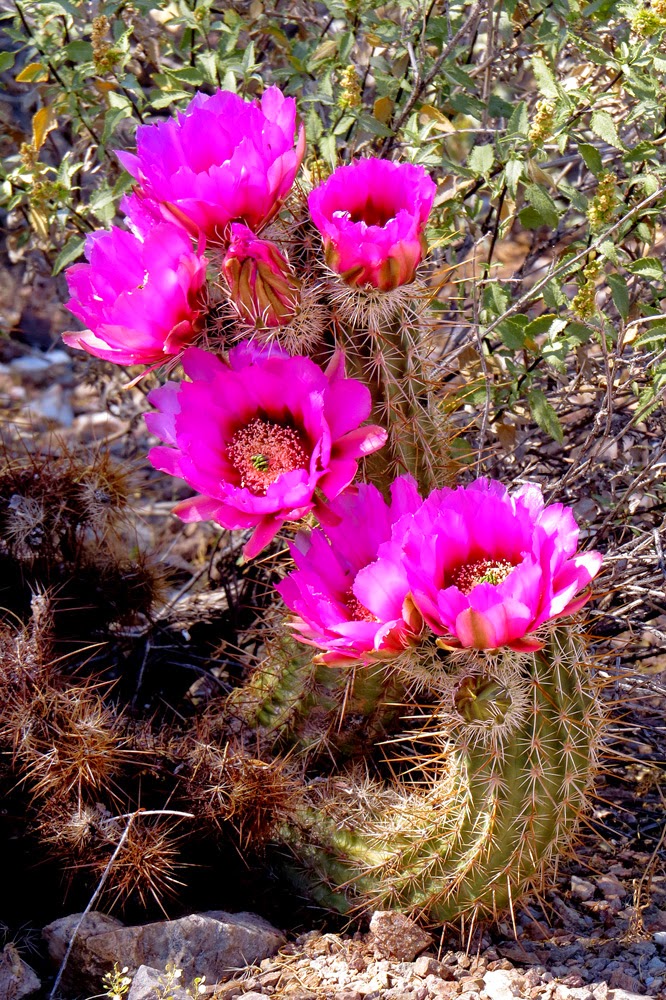 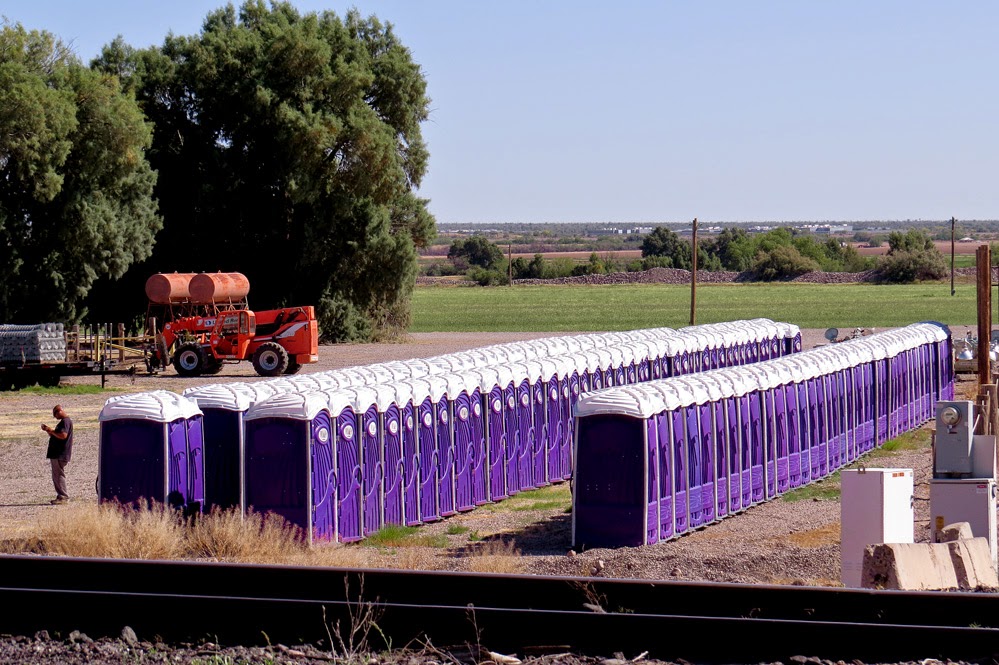 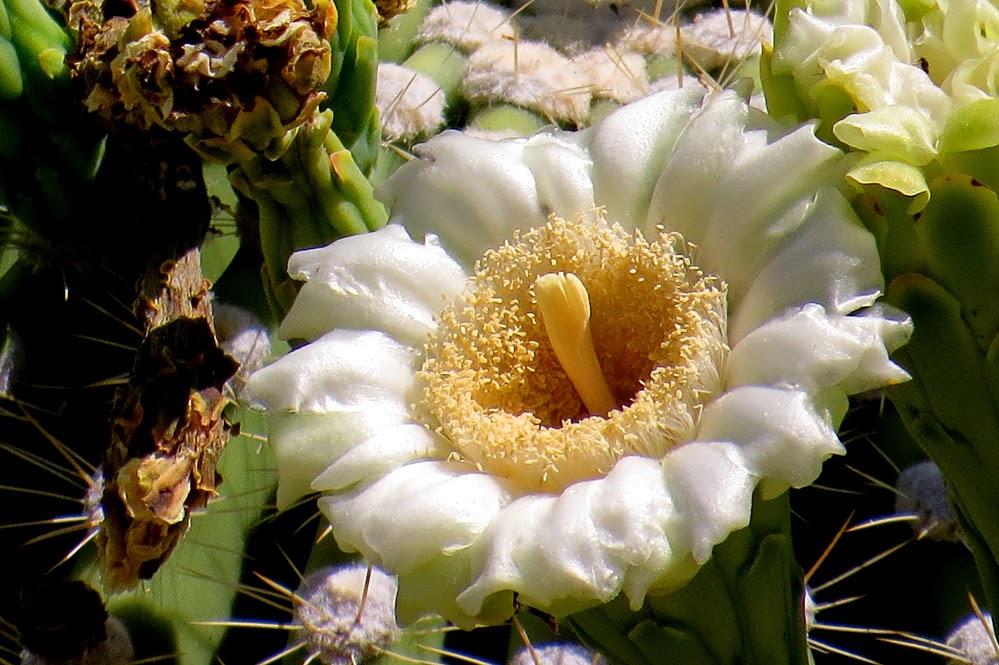 Yesterday, I took Terry and Sandy out on a flower tour.  Terry is taking over his parents lots beside us as his parents, Bud and Arlene, may not be returning after 34 winters in the park.  We are going to their farewell get together this afternoon and they leave tomorrow to return to Minnesota.  If their health co-operates, they may be back for a while next year but time will tell whether they are able to. 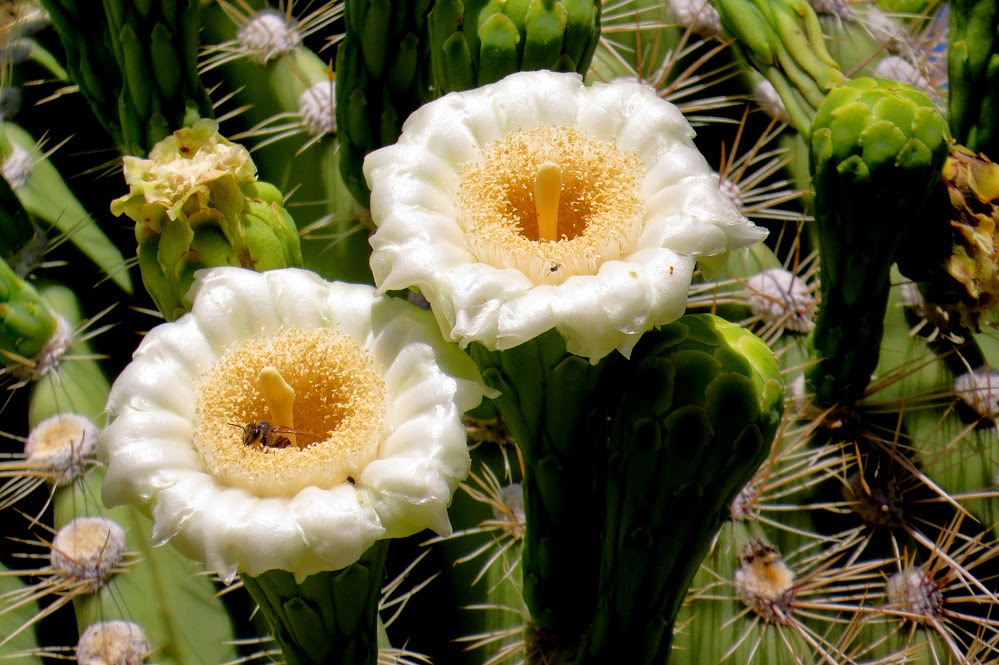 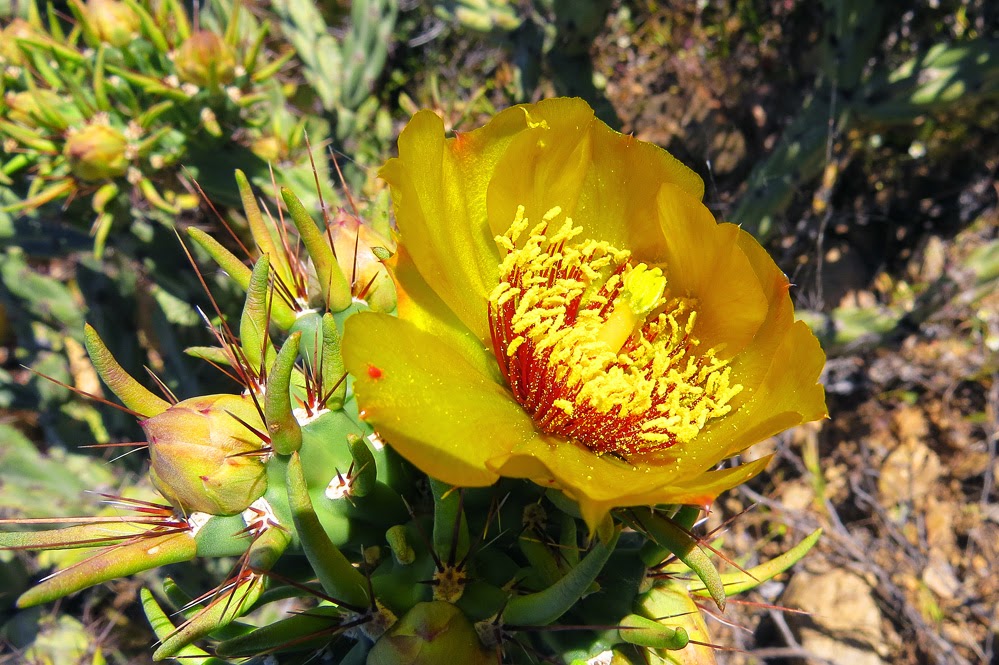 We're in our last week here in Arizona and we're having record breaking temperatures.  It is well into the 90s F these days.  When I looked at the forecast for our route home, Wells, Nevada is forecasting a low of 24 F next weekend.  That is going to be a shock to our systems!
This has been a very busy week.  I was out through Box Canyon five days in a row.  Tuesday, I led the club ride.  Wednesday, Destination Polaris came to film two of our club members.  Micky is a lady my age who owns a RZR ACE and Blue is 85 and riding three days a week still.  I was drafted as their guide/leader.  It turned out to be an 8-5:30 day then I rushed home in time to go to a ATV club farewell party.  On Thursday, I took Aileen and friend Richard J on a flower tour.  Friday, I took our friend Selma on the same route.  Selma and I had a great day out taking photos and sharing our experiences.  The one thing I really miss with our current life style is getting out with other avid photographers.
Selma is over this morning and we're going to play around with Photoshop Elements.  I blew a boot on my old Sportman so it is done for the season.  There isn't enough time to get it repaired so it will be first on the agenda when we return in the fall.  My last ride will be on Tuesday then Wednesday begins the packing up process.

Posted by John and Aileen on the road at 9:00 AM