I got to ride three times this week.  On Monday, I took a small group who declined to go on the club ride and instead wanted to go to the Woodpecker Mine.  We had a great ride and they all got to see some new trails they had never been on.  On Tuesday, Blue had a doctor’s appointment and couldn’t be with us so that left Ray, Scotty and myself free to explore some more demanding trails.  We found several trails we’d never tried and had a good day.  Then on Wednesday, we had our couples ride and invited John and Mickey from the regular crowd to join us.   We wandered our way to the Coke Ovens which was a momentous trip for Aileen as she never thought she would actually get there.  She had seen them from afar, but it was too hard for her to walk to.  Many times she had seen my photos but with the purchase of the RZR, she was able to experience the thrill first hand.
Aileen got two pairs of new glasses a couple weeks ago and managed to kneel on one pair and destroyed them.  Amazingly, the company didn’t charge her anything to replace them.   We picked up the replacement today which we made into a half day outing to the big city.   We went to Sprout’s for some specialty grocery shopping and then lunch at 5 Guys Burgers.  We also stopped at a Home Depot and bought a shop vac to make clean up easier on the lots.


Yesterday we had one inch of rain overnight and before 11 am.  We really needed the rain as the desert has been very dry and dusty.   Since there was no riding, we went to Casa Grande and did some needed shopping.   I wanted a pair of shoes better suited to dancing as we have been enjoying going to dances in both parks here.   It is difficult to glide gracefully around the dance floor in hiking shoes.   After lots of looking, I finally found a pair and surprisingly, they were the cheapest at $29. 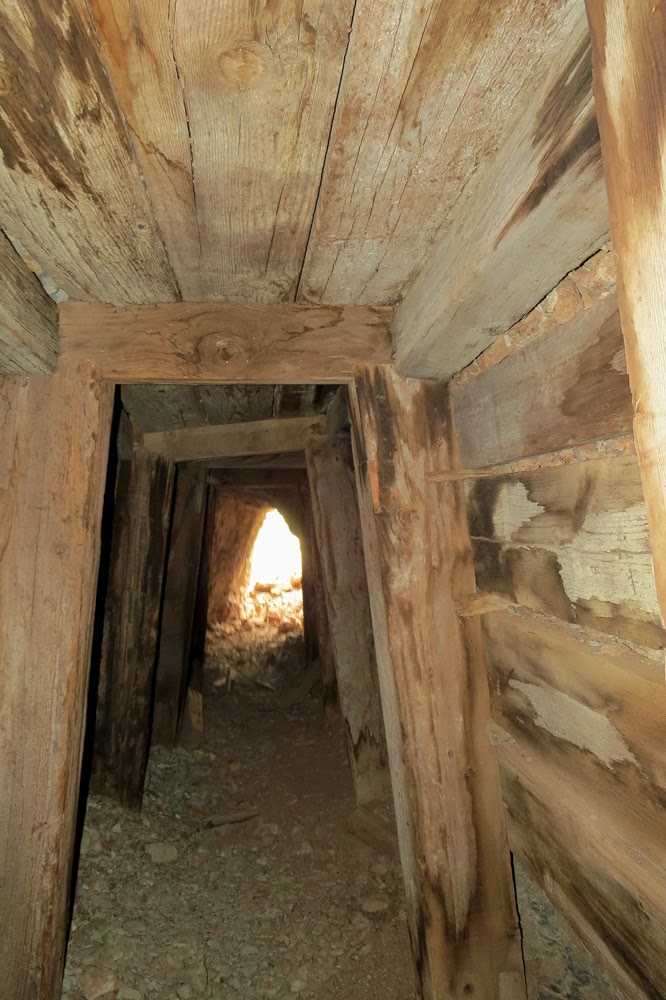 This was a new to me mine.  I walked a ways in but didn't have a flashlight so my only illumination was the brief burst of camera flash.  I've never seen a shaft completely lined like this one.  Next time I will be sure to take some lighting with me.  I had left the ATV back down the trail a bit as there was a rather difficult spot I wasn't attempting on my own.  Ray and Scotty had already retreated. 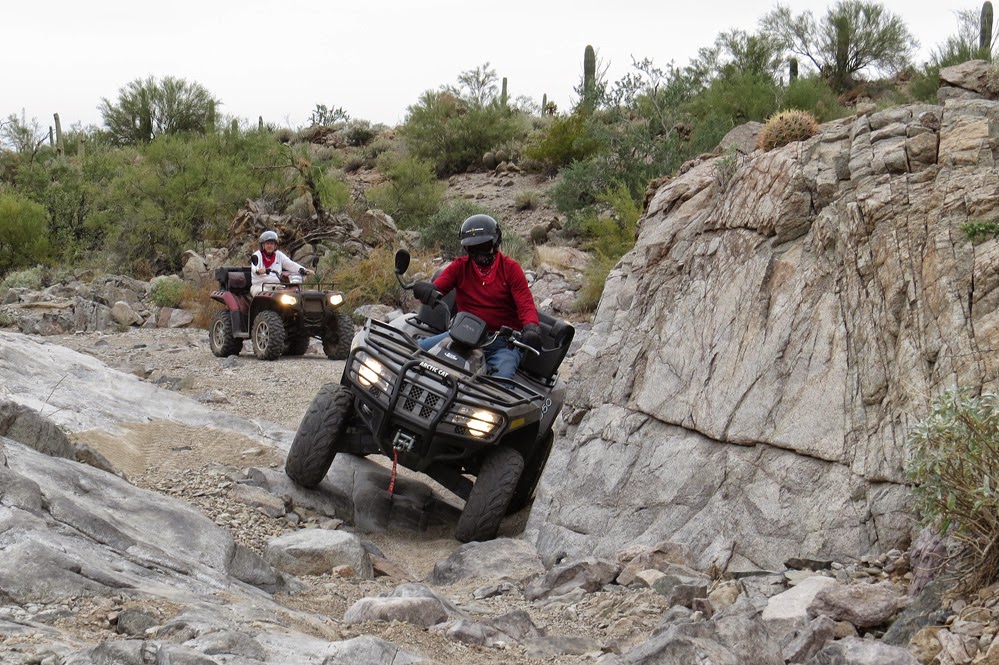 On Monday we played in one of the many washes (dry creek beds), Scotty taking his turn 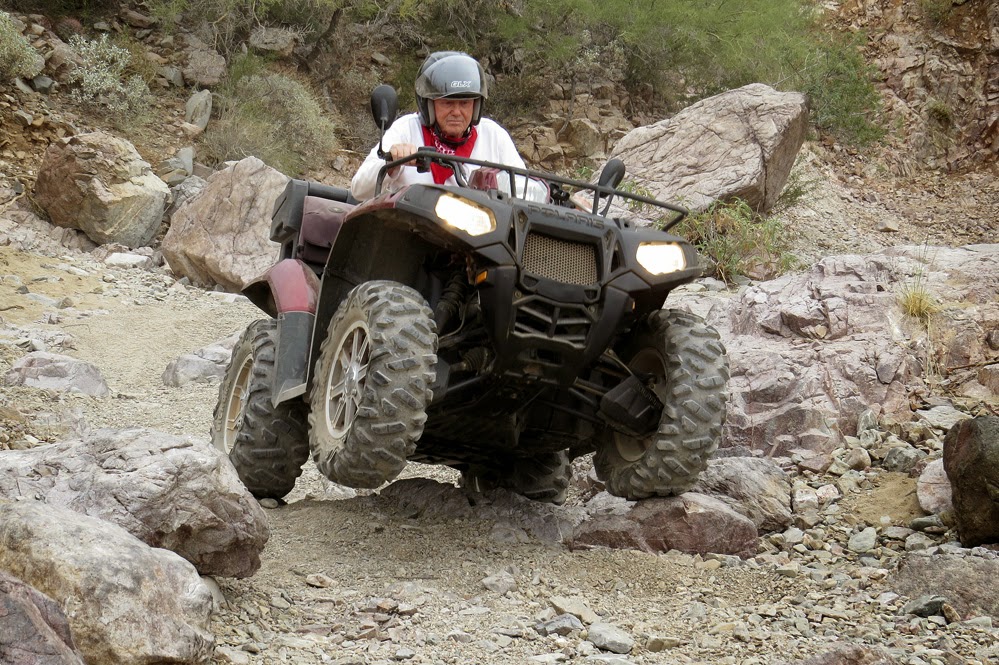 Ray getting a bit of air 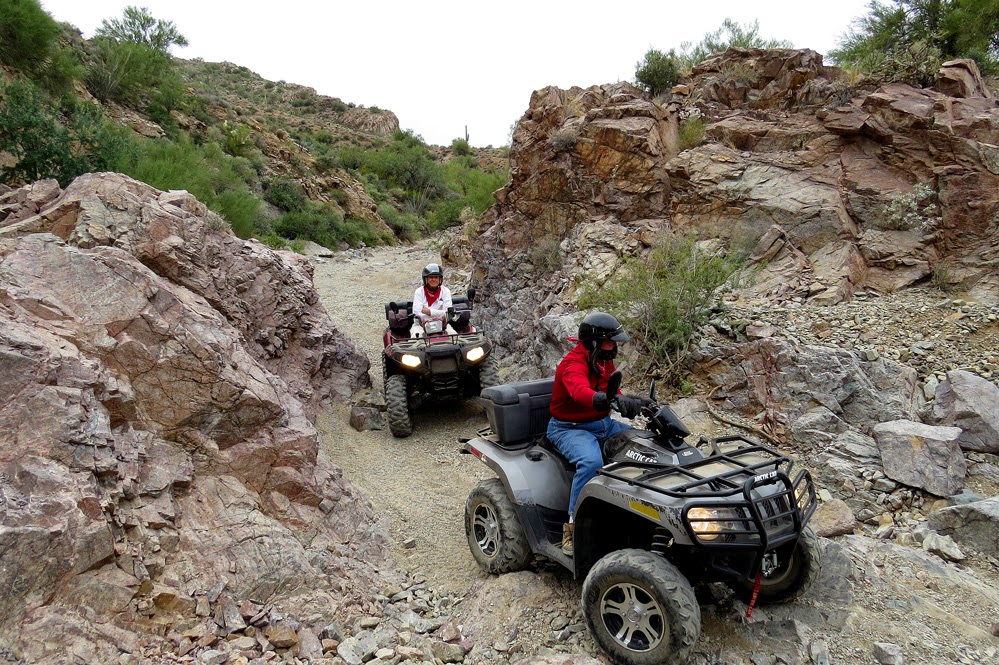 Scotty and Ray coming through the narrows.  The wider ATVs wouldn't fit through this spot. 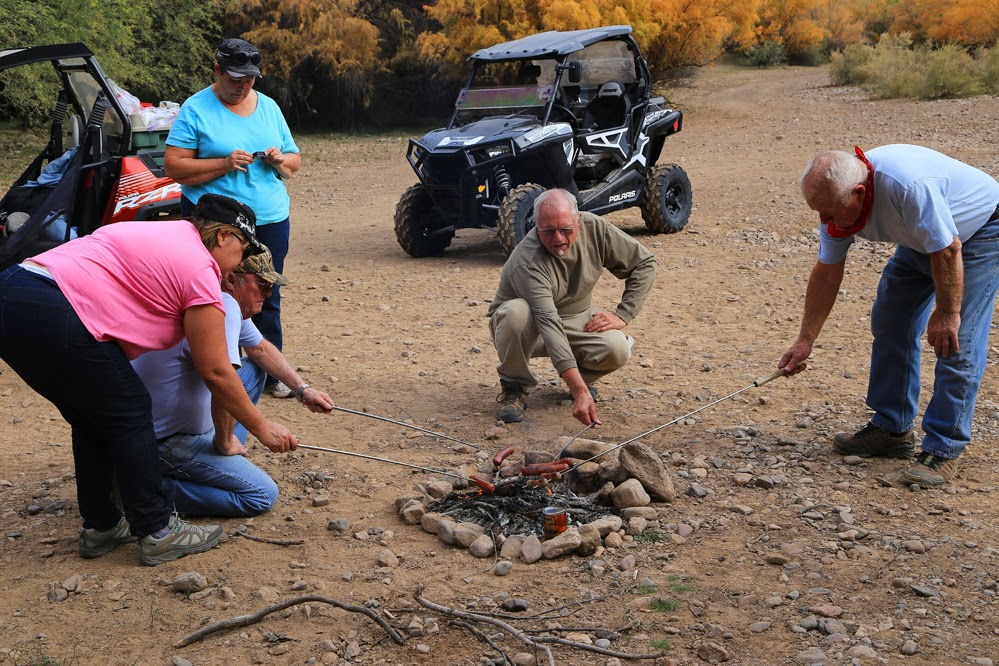 Lunch on the way to the Coke Ovens 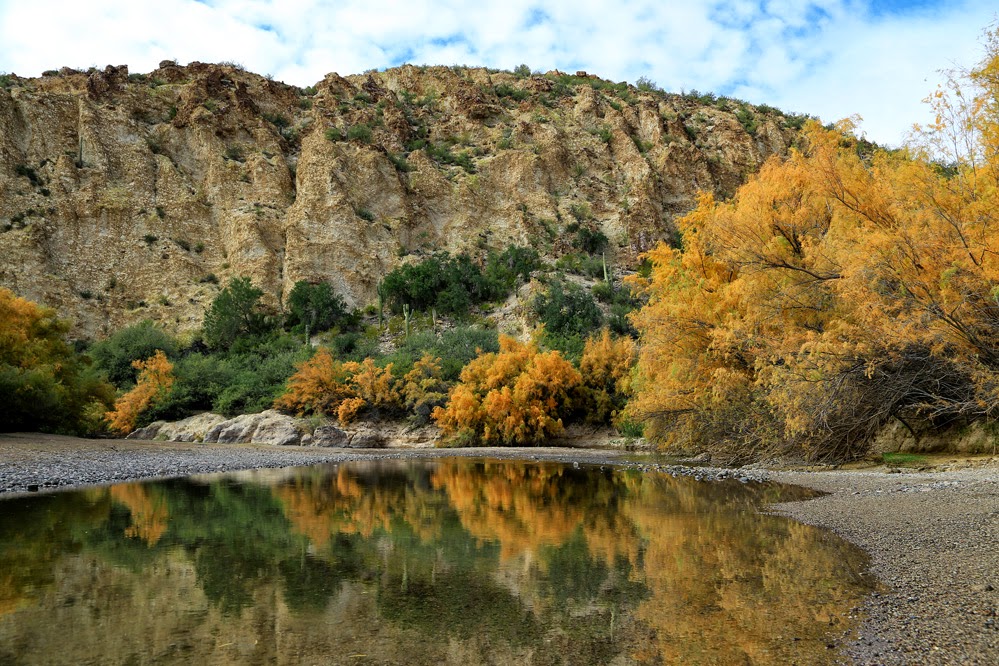 Gila River reflections on the back side of South Butte 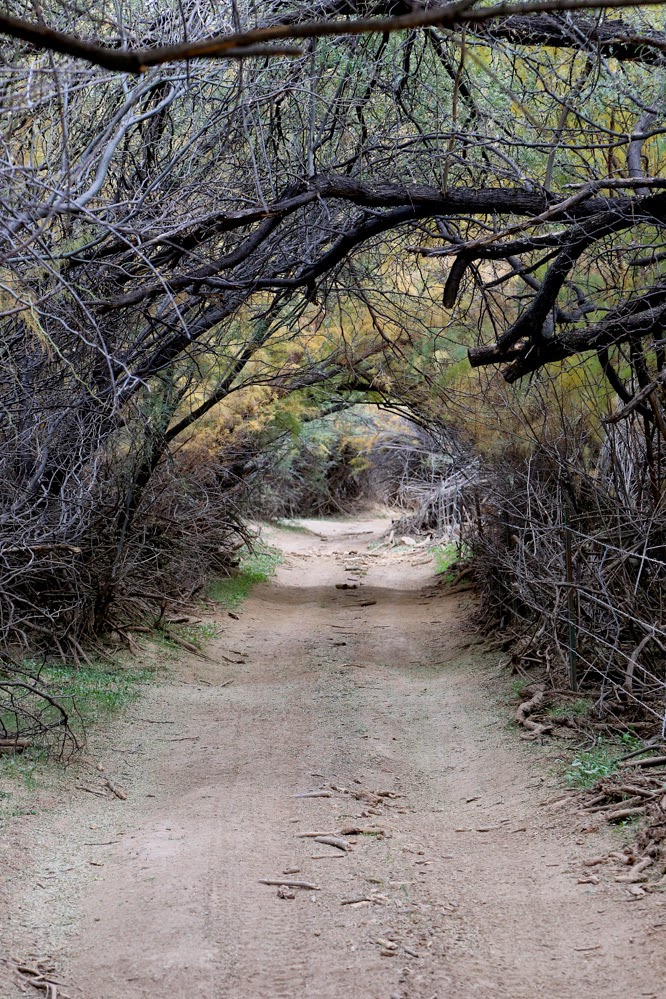 The trail to the Coke Ovens goes through a Mesquite forest 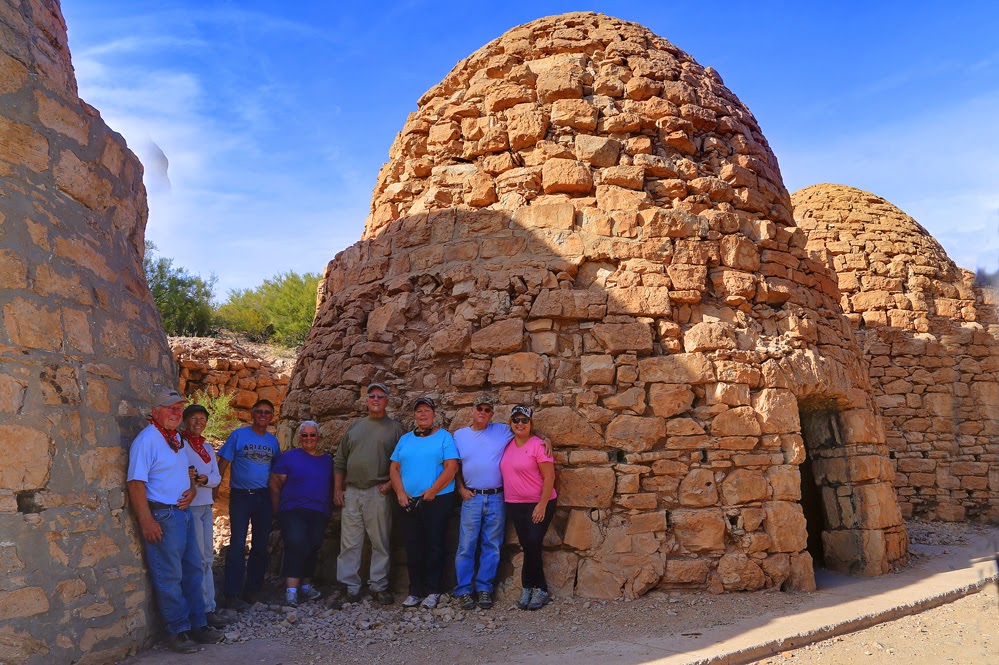 Our couples group.  L-R John and Mickey, me and Aileen, Bud and Jackie and Norm and Cheri at the Coke Ovens. 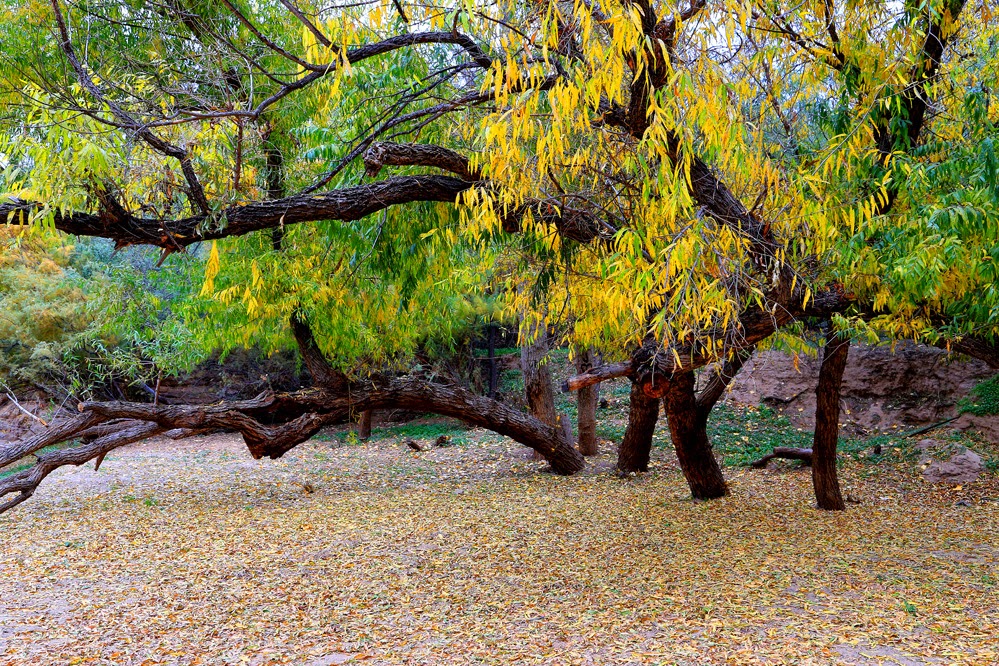 Along the Gila River bank 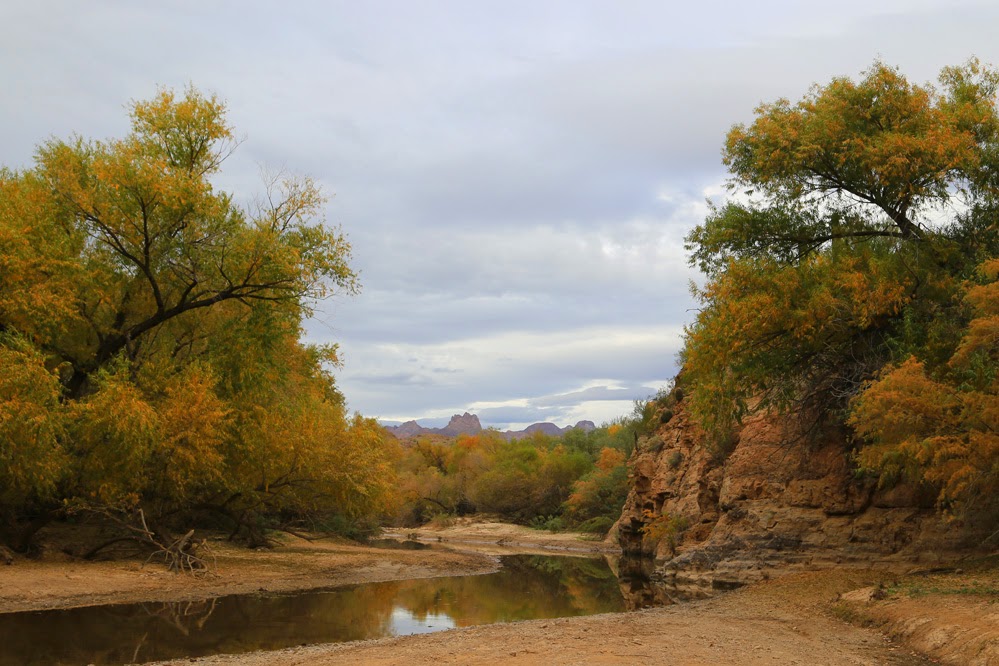 Looking up the Gila River 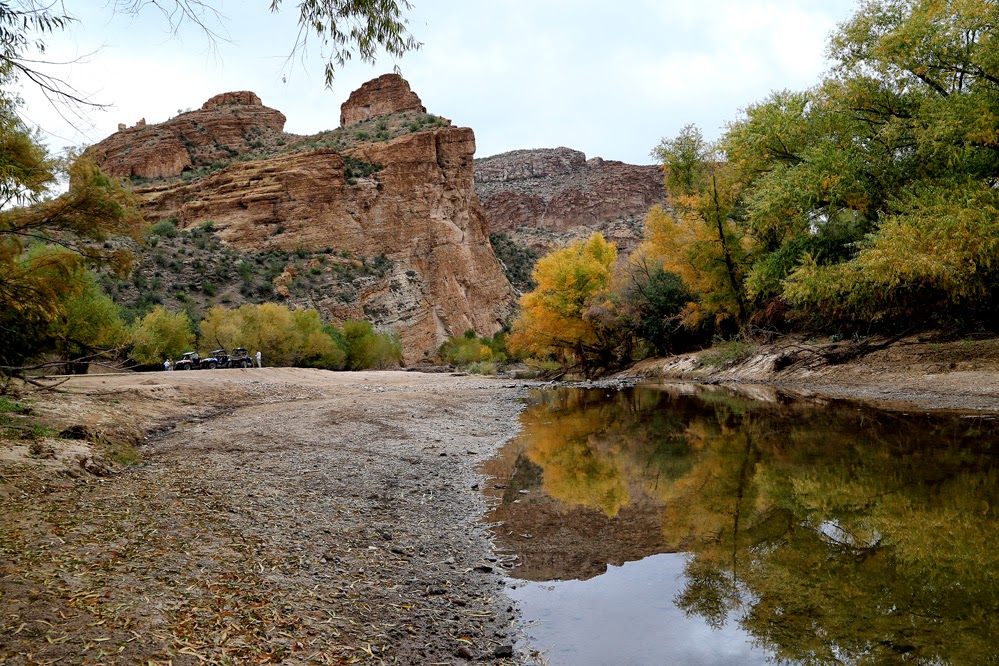 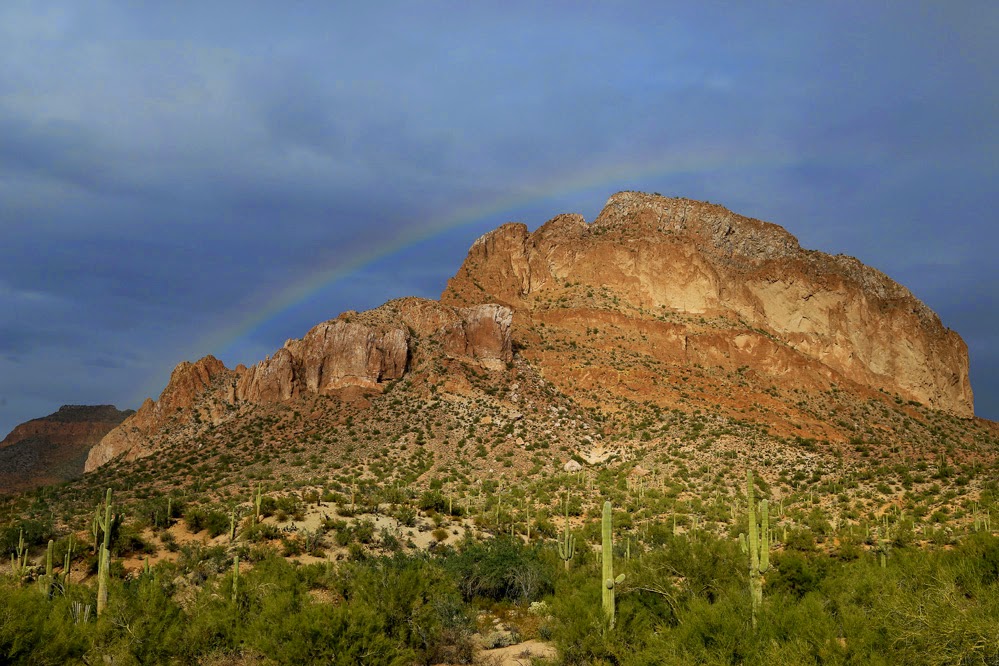 A weak rainbow over South Butte.  We had a few spits of rain but not enough to get anything wet.  The river photos were directly behind the butte and the Coke Ovens are a few miles straight behind the butte.

Posted by John and Aileen on the road at 6:34 PM