After staying a couple of days longer at Cousin Bill’s than originally planned, we moved up to Cluxewe Campsite near Port McNeill this past Wednesday.  We had a great time at Bill’s and had many shared tasty meals on the patio (sorry Charlie) with the nice warm weather.  Bill hosted a barbeque last Sunday and there were nine of us present.  There were three large and very yummy desserts so it took a couple of hard days for Bill and me to diminish the leftover desserts.
I did a bit of geocaching on my bike from Bill’s and on Tuesday, I took the car and went north of town and had a pretty good day.  I cached and did lots of walking until about 2 pm when it just got too warm so I went up to Robert’s Lake and had a refreshing dip in a quiet section of the lake.
We had a good trip up to Cluxewe on Wednesday with Aileen bringing the car while I towed the ATV trailer.  With the sunny weather, the scenery looked very nice.  The forecast was for rain to begin today and it did so the temperature is much lower which makes some of our team happy.  One of us would still prefer to be in tee shirt and shorts, though.  I did a bit of caching on my bike yesterday then last night and the night before, brother in law John and I were out caching late, needing to use flashlights both nights before finishing.   Today has been a quiet day other than going to town this morning.   We did a load of laundry at Aileen’s sister Anne’s then played a game of Fish with John and the two grand kids.  We picked up a few groceries and I stopped to chat with my Cousin Donna at her workplace.


We are probably not staying here too long as the campsite is fairly booked for the summer months and not having a fixed plan in place didn’t allow us to make prior reservations.  We got a site next to John and Anne’s trailer the first night but it was booked starting tonight.  When I found another site close by that would allow us to stay until next Thursday, we moved yesterday rather than waiting for today, not wanting want to move in the rain if we didn’t have to.   We’ll see what the weather is doing next week to decide on whether to find another spot here or move elsewhere. 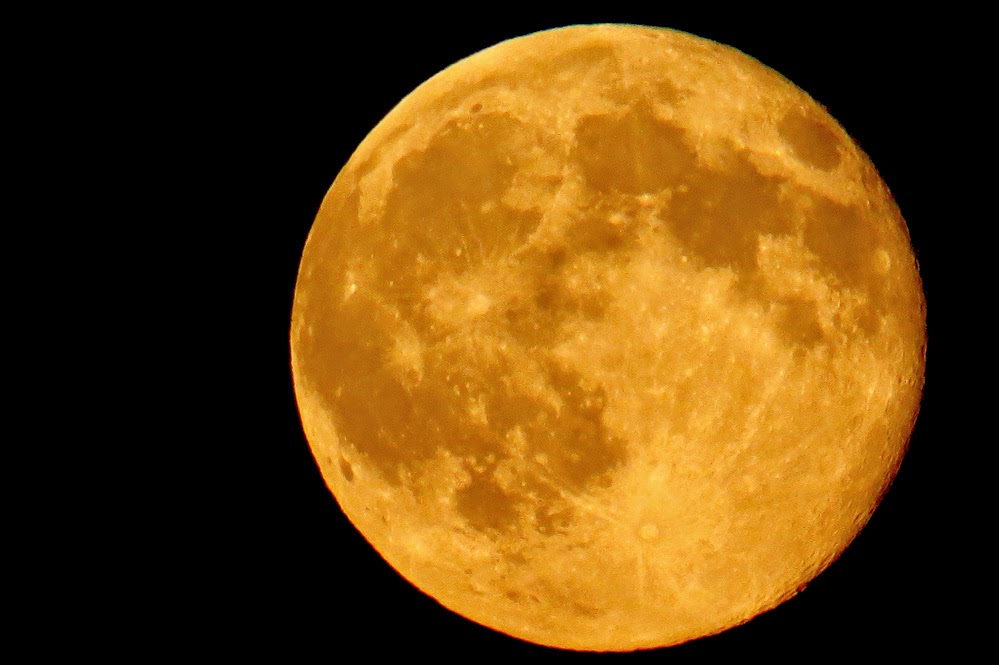 This was the Super Moon handheld with my Canon SX50 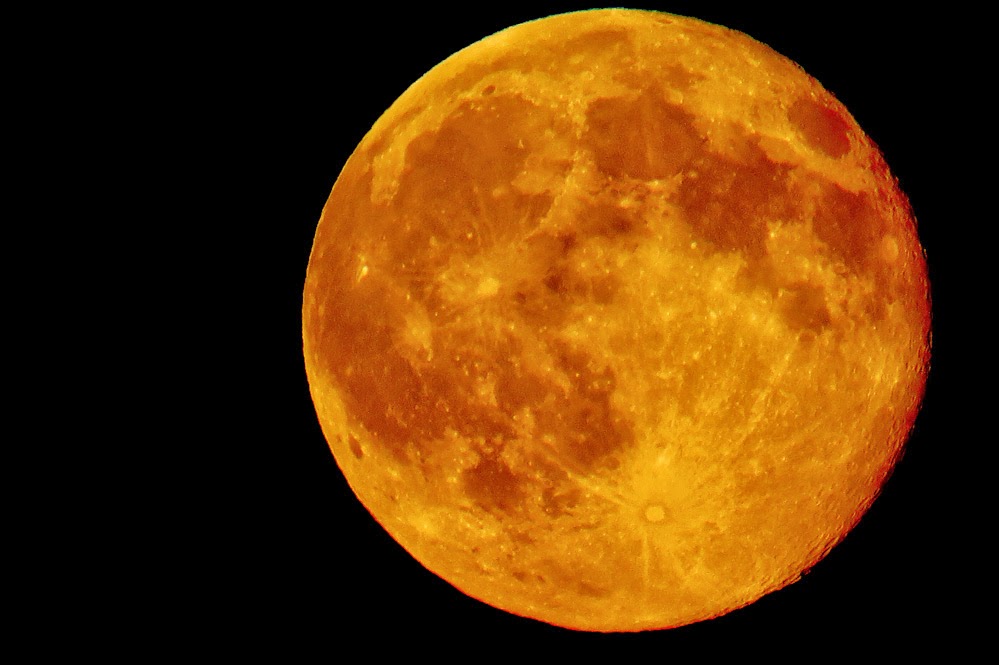 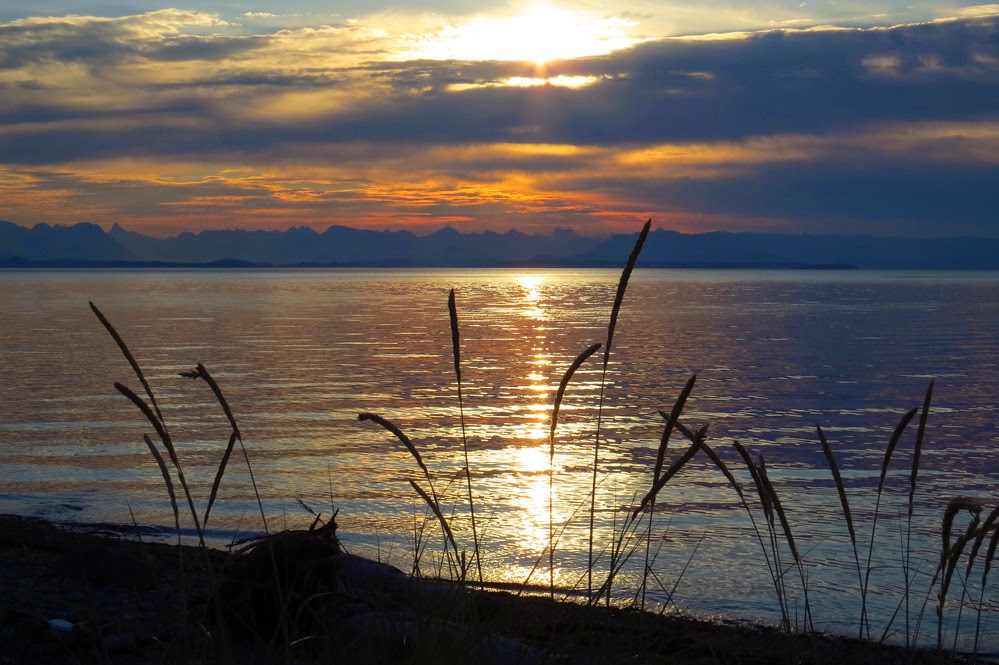 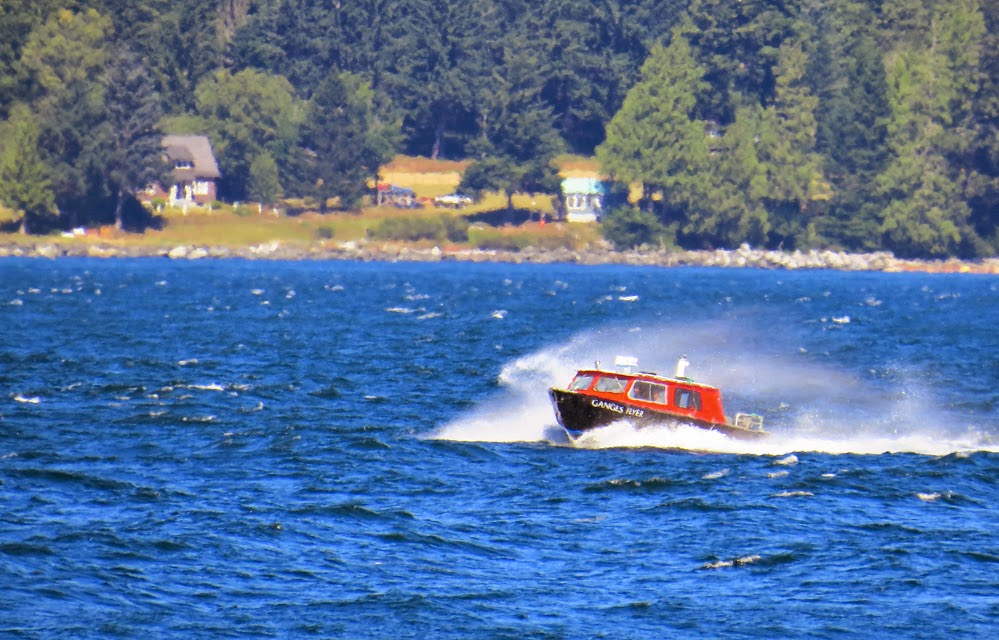 I popped into Kelsey Bey on Tuesday and it was quite windy.  This is a crew boat making its way back to port. 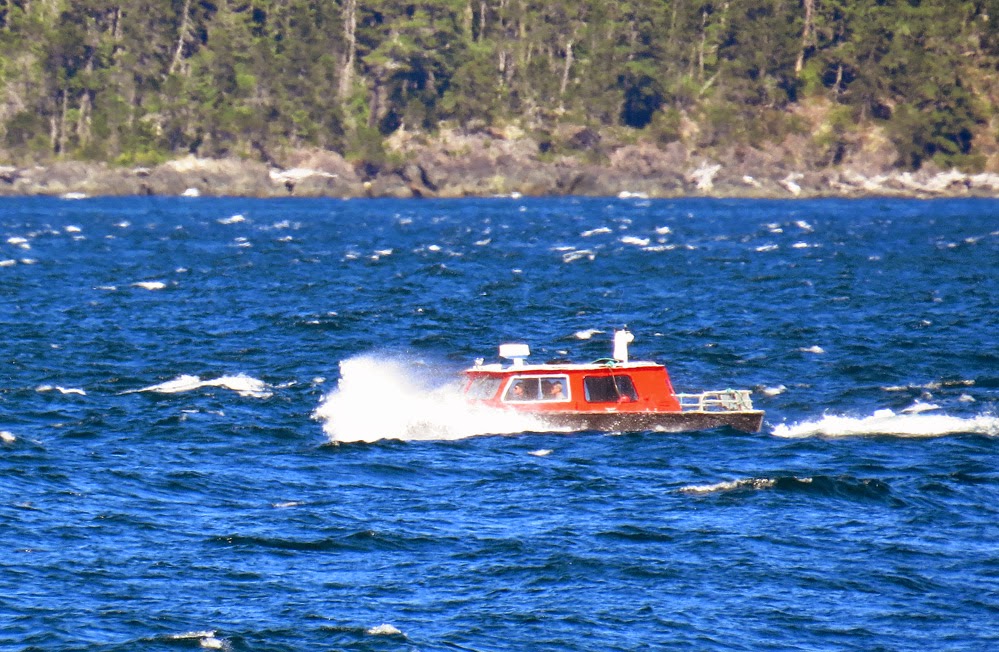 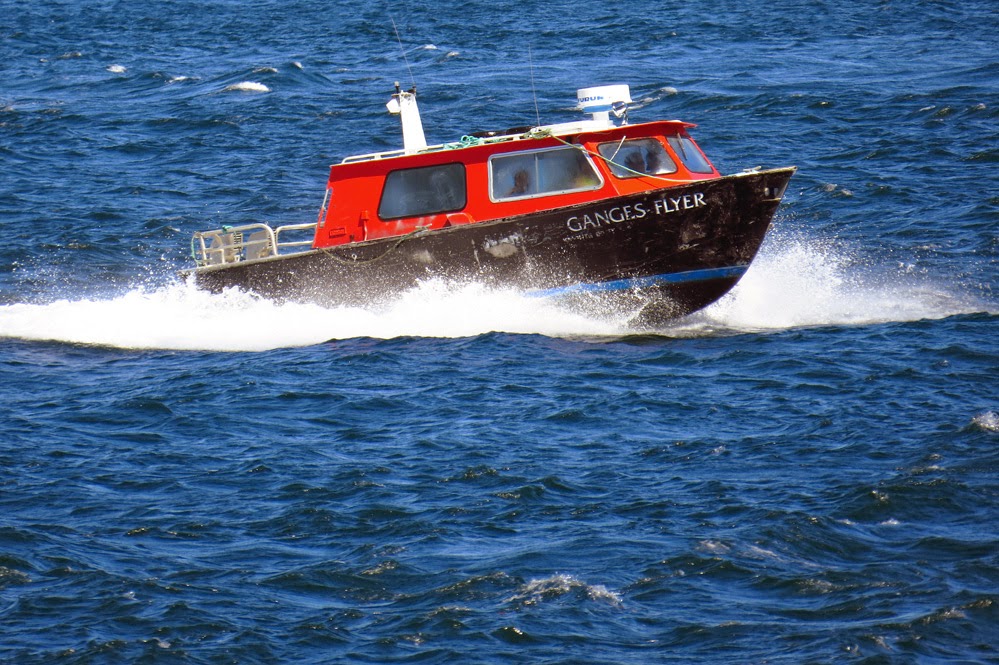 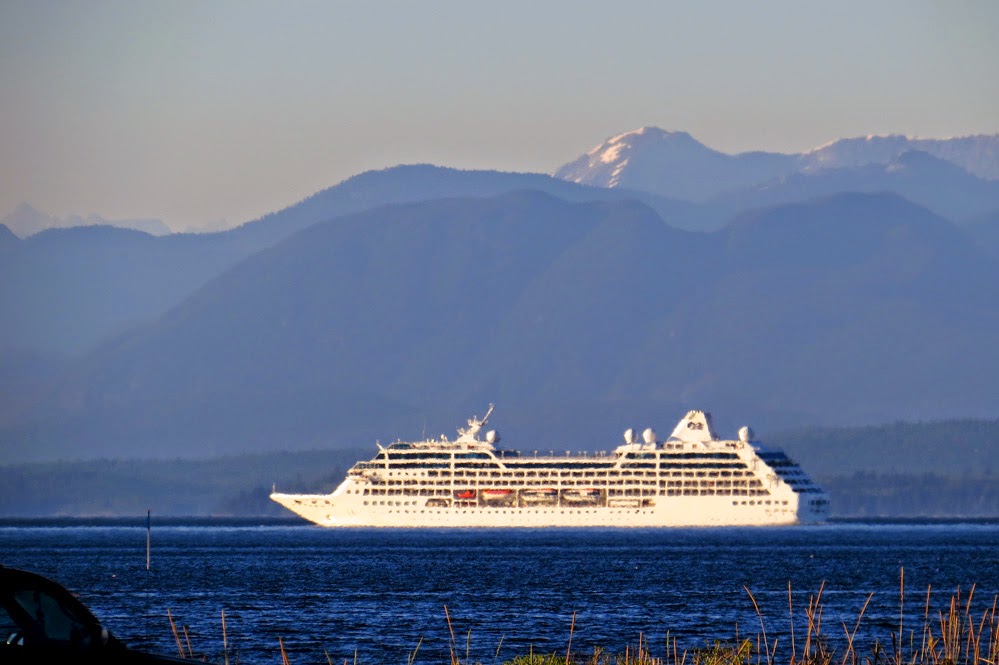 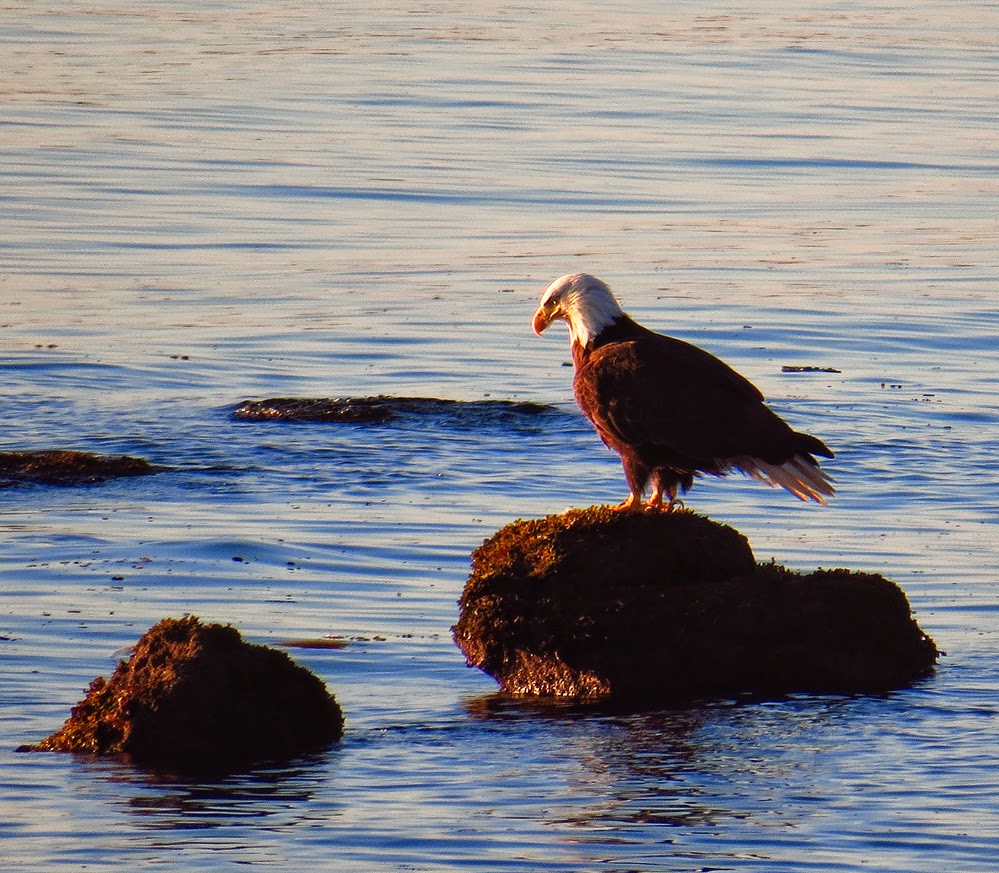 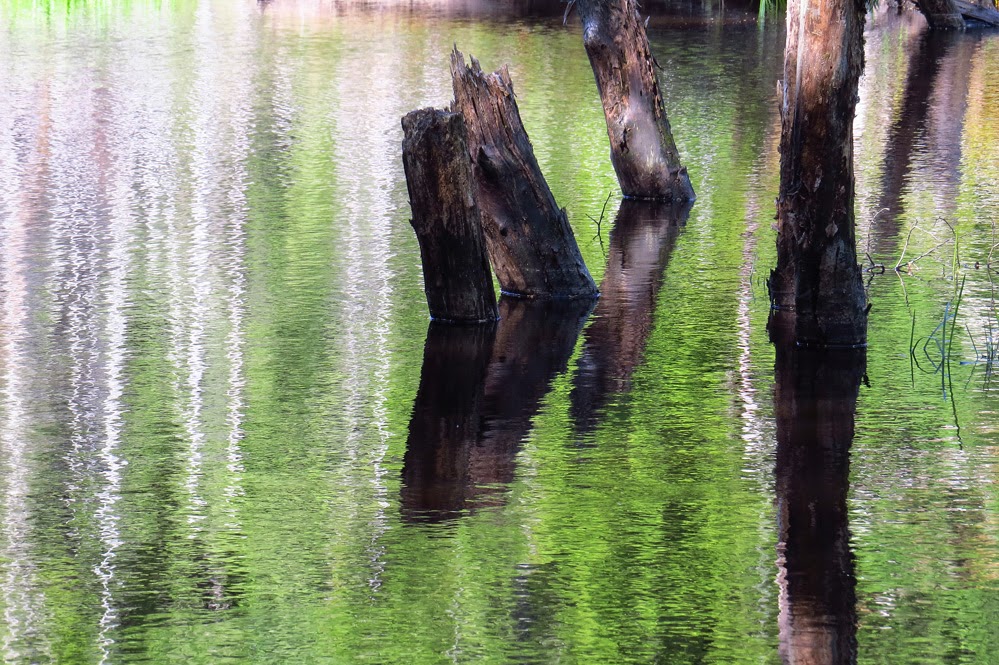 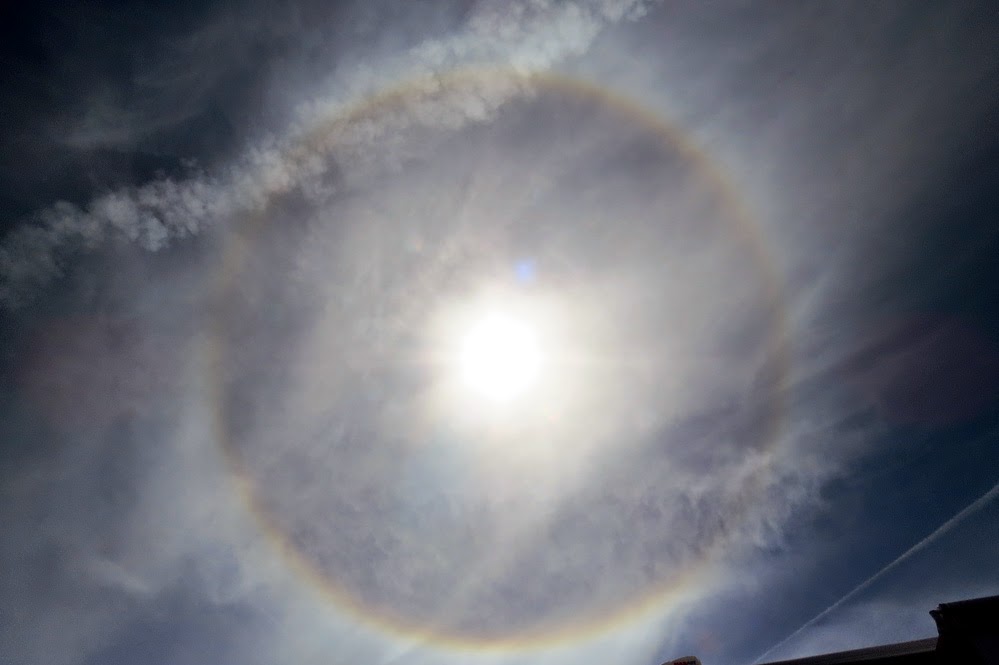 The ring around the sun yesterday announcing today's rain 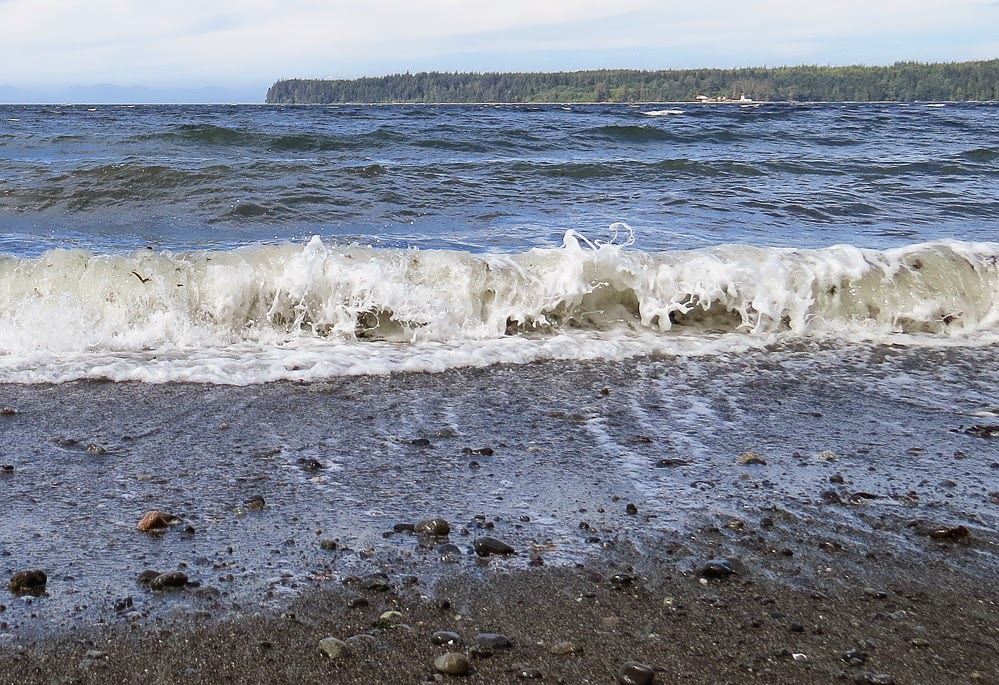 It was windy here yesterday 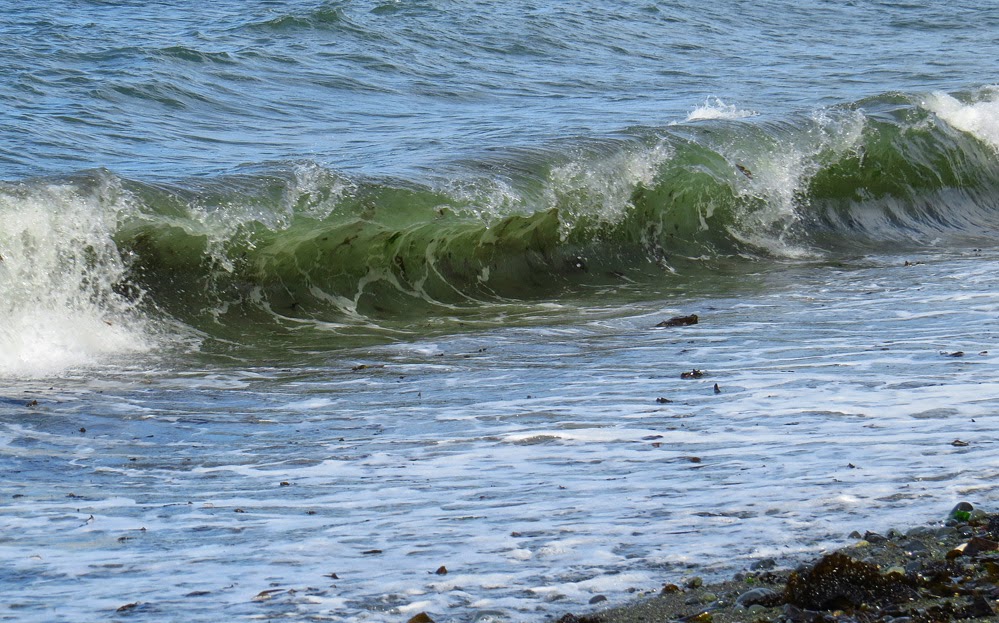 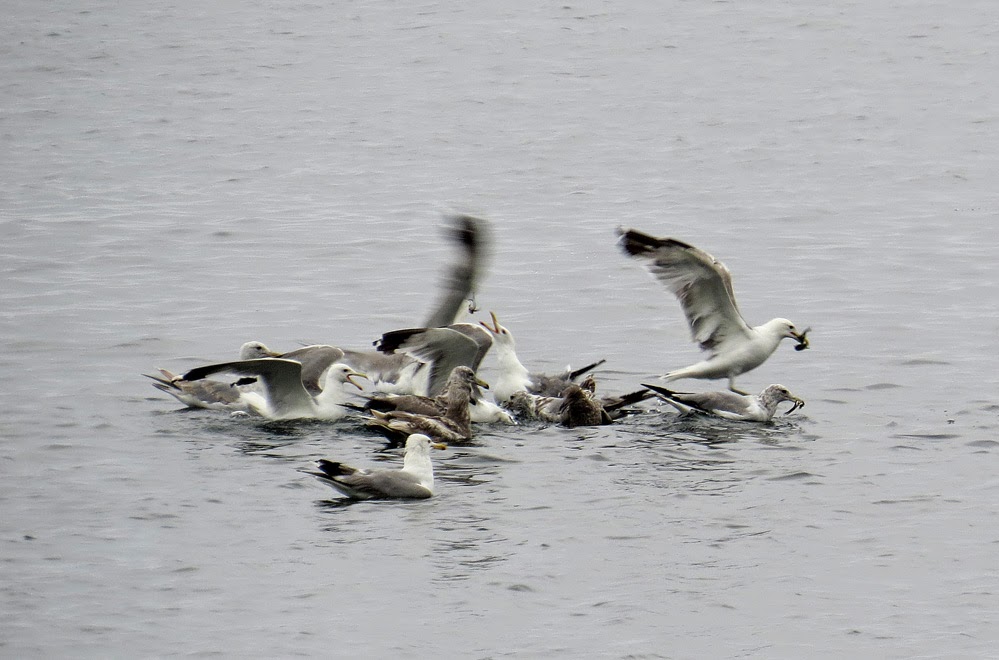 Feeding frenzy, if you look close you can see minnows in their beaks 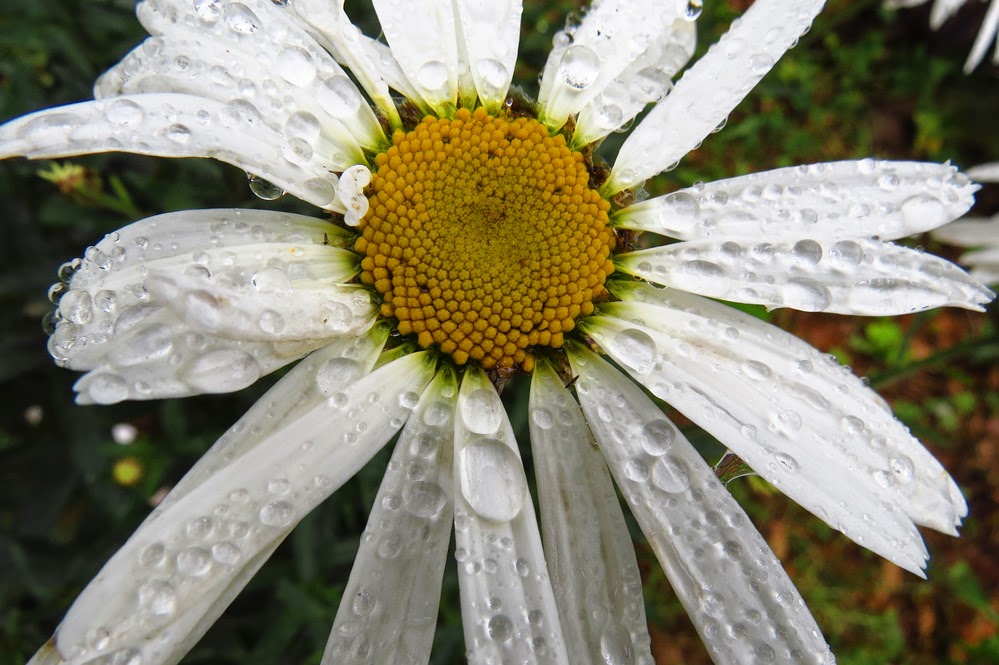 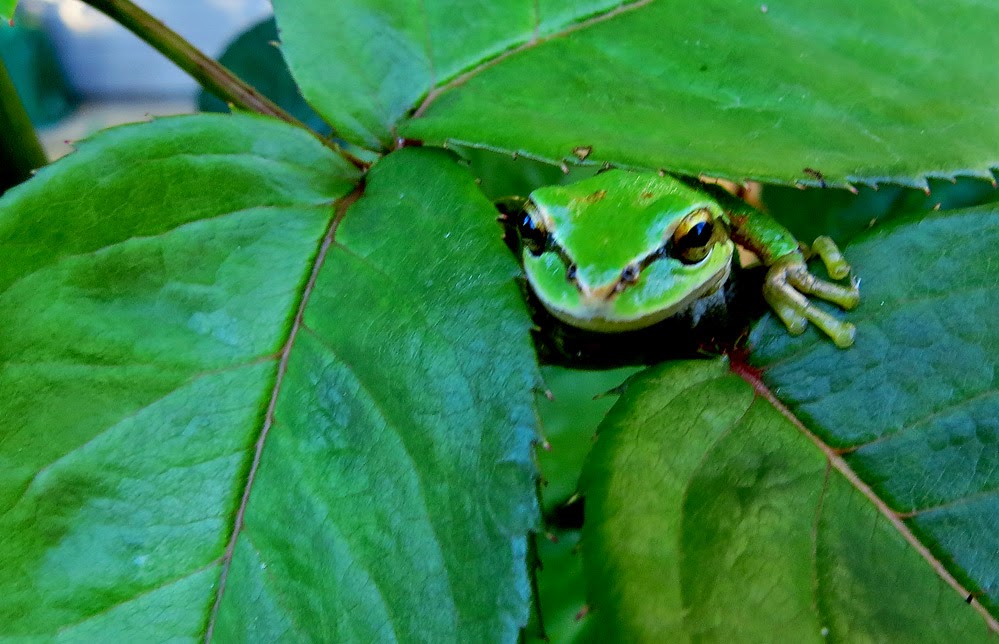