TAKING IT EASY IN QUARTZSITE, AZ

It has been a week already since my last post so time to check in again.   We’ve been experiencing some issues with our battery power and have an appointment tomorrow morning which we hope will result in a proper fix.  We’ve also been doing a few minor modifications to the motor home to make it more livable.  Nothing major though.
Last Monday, I went with Jacquie and Jim over to Florence as Jim had sold his ATV parked in our back lot and he needed to hand over the title in exchange for the money.  We were able to pick up our mail our kind neighbours had been gathering for us.  We made a grocery run to Sprouts Natural Food Market then made a stop at Cabela’s to return something.  We were gone about nine hours in total and Aileen was glad she stayed home and had a quiet day.
Jacquie and Jim went with us one day during the week to check out grocery shopping in Blythe, CA.  I believe the consensus was that we will mostly continue to shop in Parker, AZ. Jim and I got out geocaching a couple of times and we both went to the geocaching meet and greet that happened last Wednesday.  We met a couple of cachers from Vancouver Island one of whom was Keiko’s Buddies from Courtenay.
We’ve mostly continued to have pretty decent weather and it is so nice to be able to sit outside to read.   There has been some wind and some cloud but overall very nice compared to much of the rest of North America.


Jacquie joined us on Friday night when we went to a local RV park to listen to the Balyeat Family and their bluegrass gospel show.  There was some great music.  Last night Aileen and I enjoyed the New Christy Minstrels in concert and did they ever put on a great performance.  Randy Sparks, who formed the group back in 1961 is nearing 81 years old and is still performing like a 50 year old.  Individually, the members were excellent performers.  When they performed as a group, it was awesome!  Tonight we are going to another local park to hear some 50’s/60’s music at a jam.  Then on Tuesday night we plan to take in a country and western performance by Belinda Gail.  There is music and jamming daily here in Quartzsite and surrounding communities. 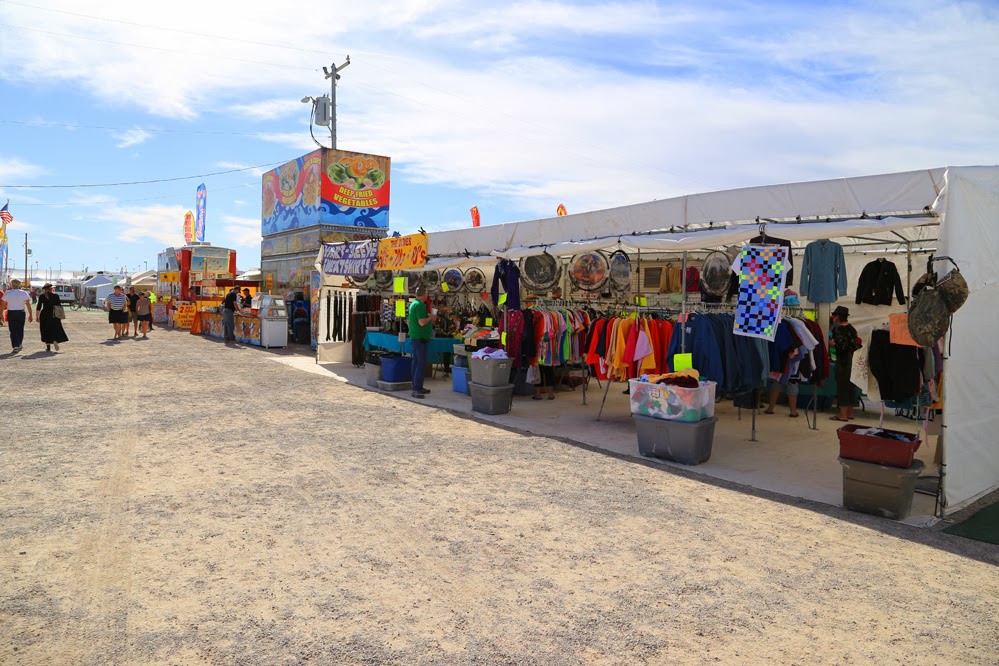 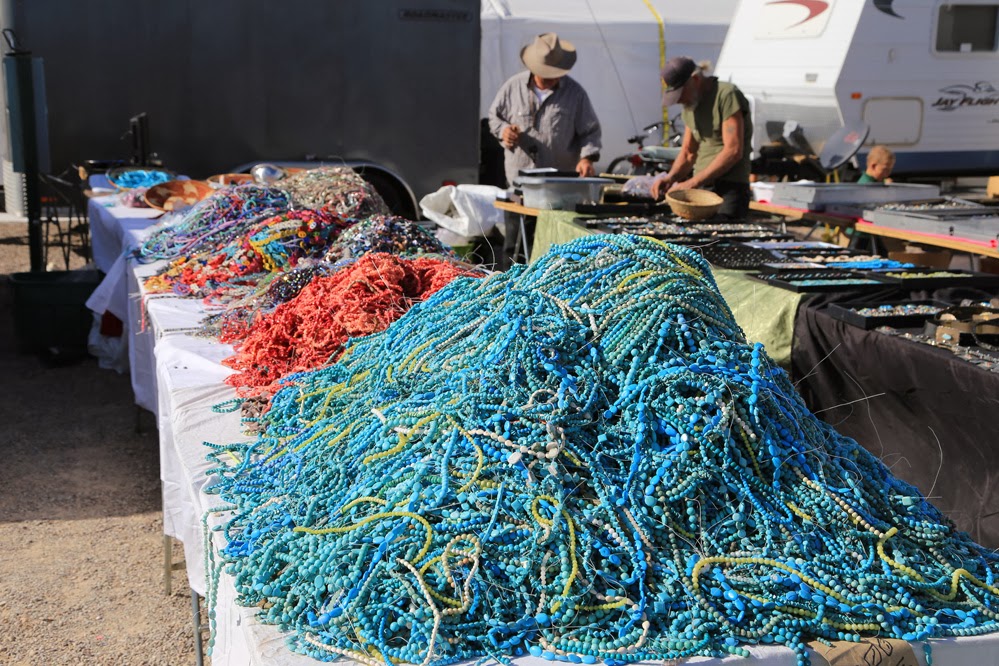 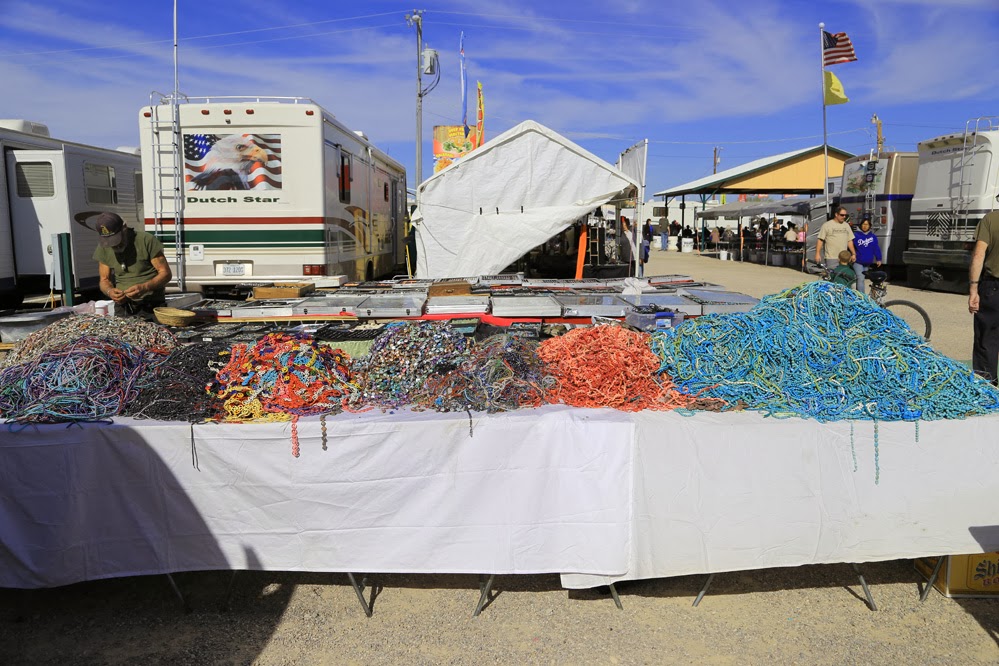 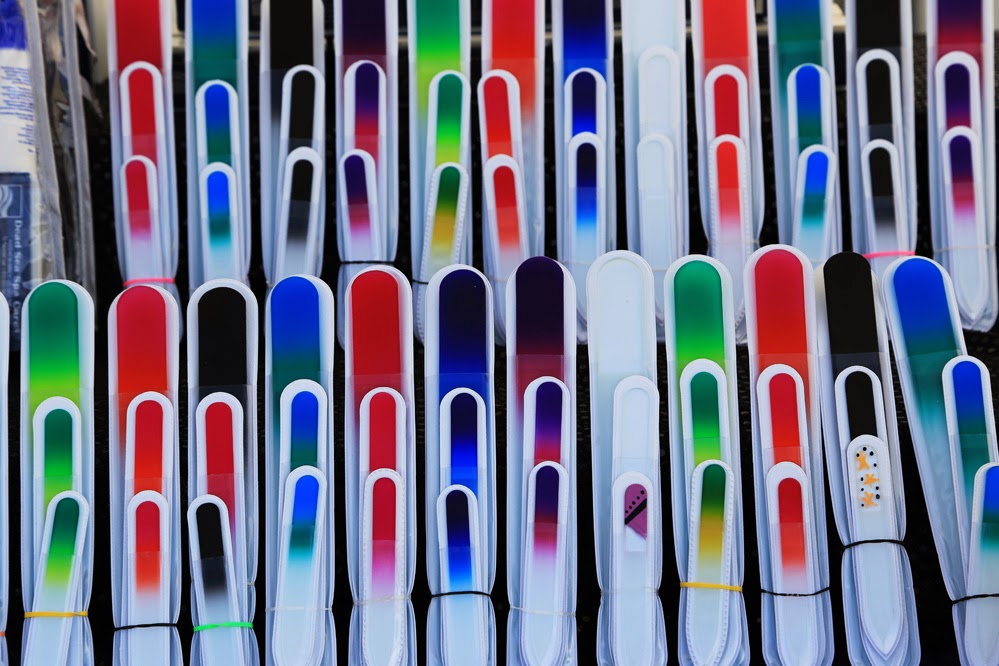 I believe these are nail files 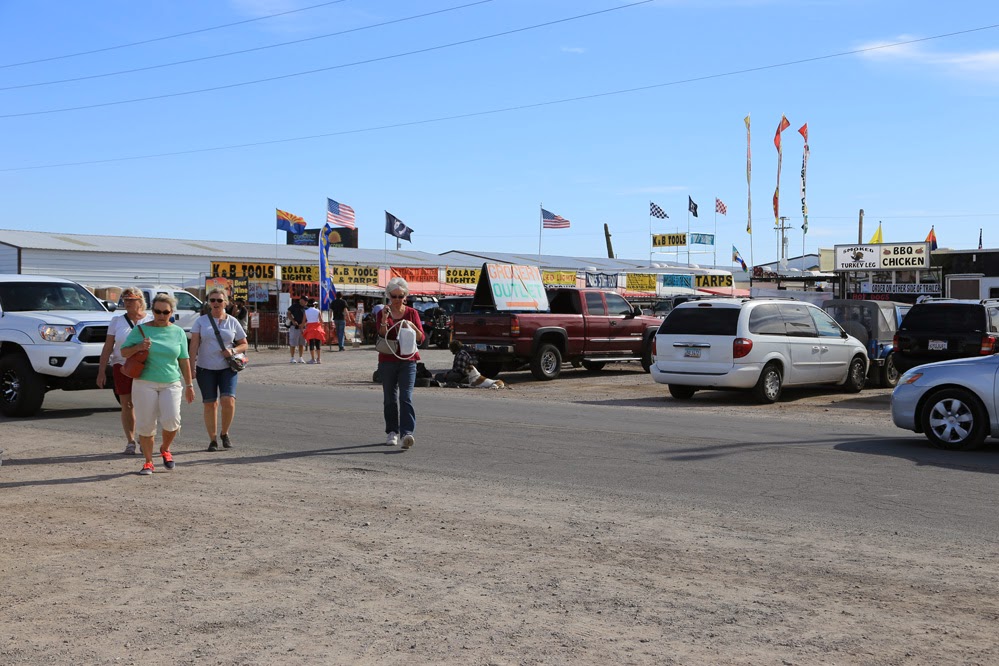 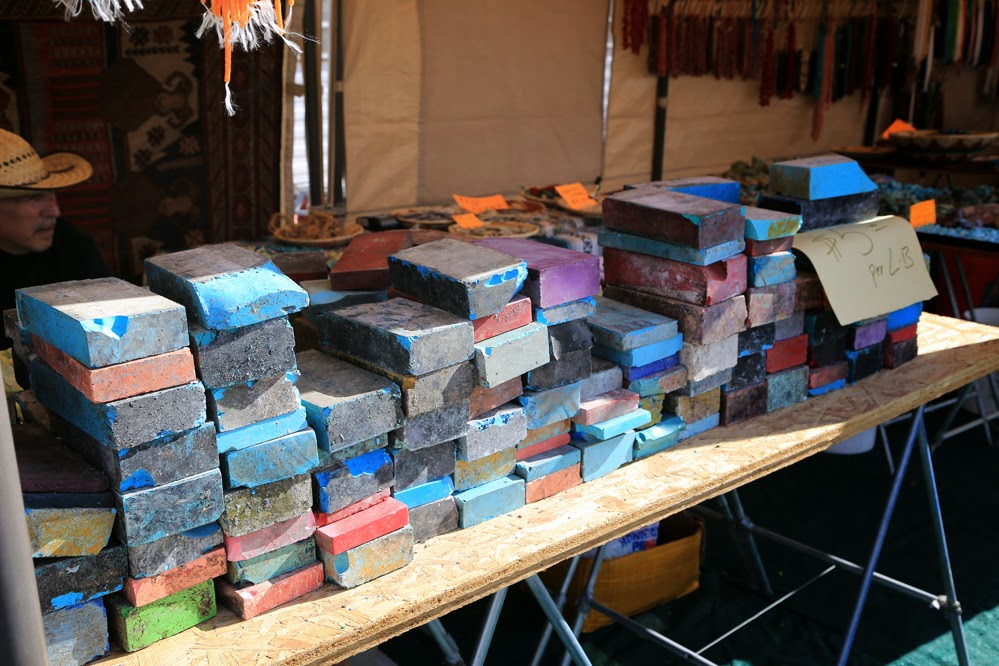 Some stone for jewelry, I think 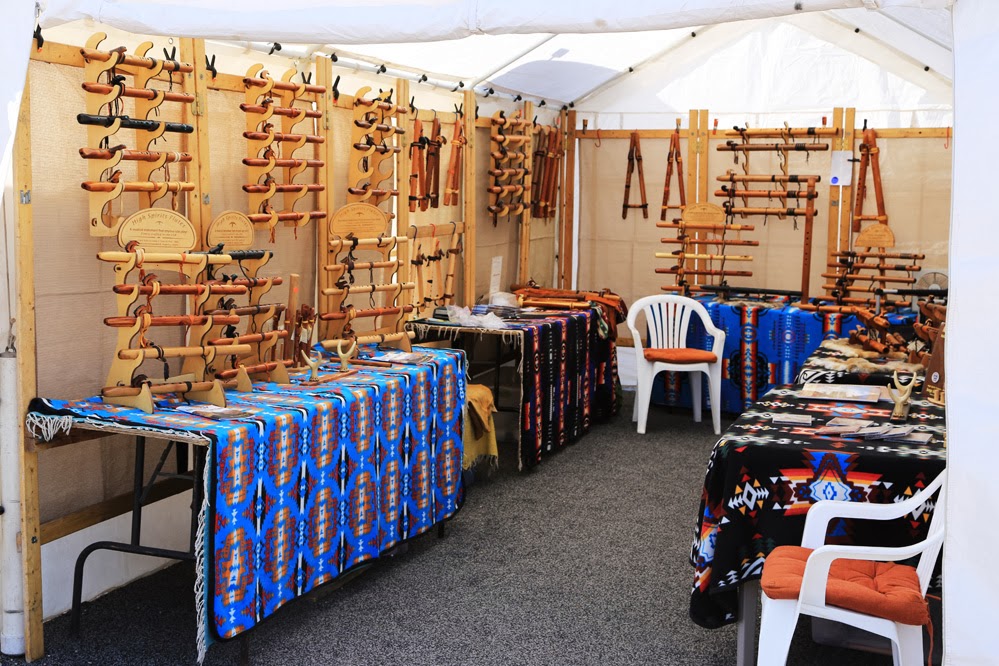 A tent full of flutes 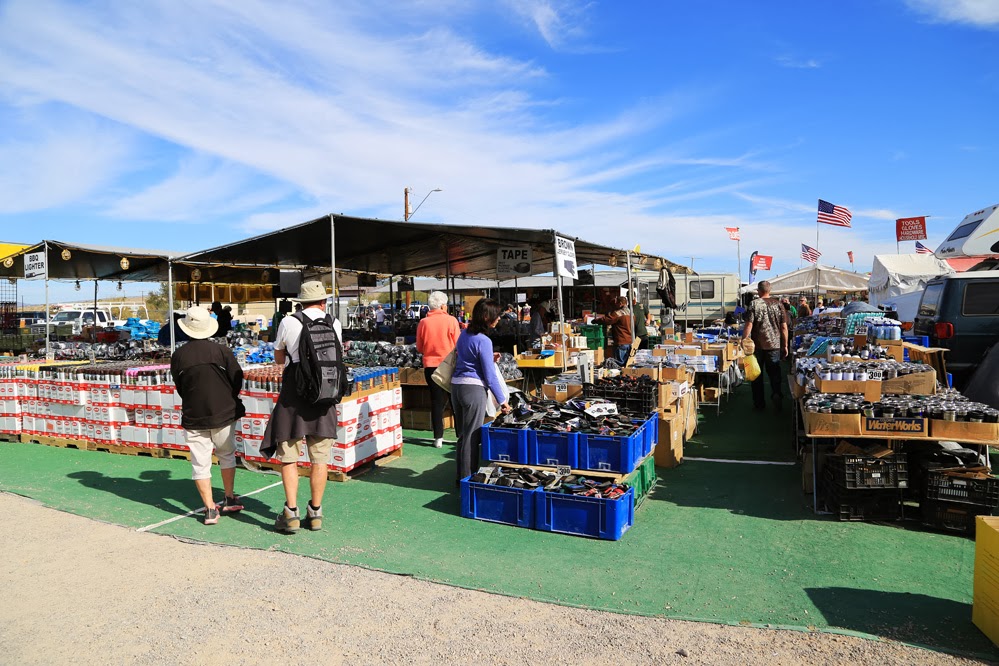 Posted by John and Aileen on the road at 2:49 PM